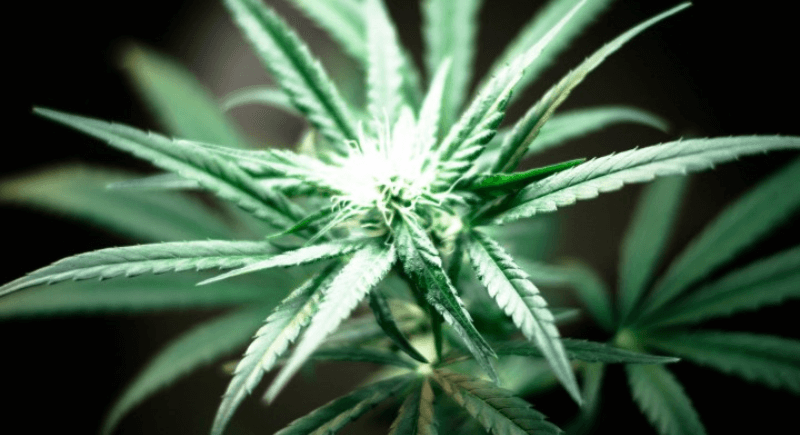 Hallucinogenic drugs have been used for actual millennia, dating back to prehistory. While they have roots in spiritual and religious ceremony, prehistoric communities were just as likely to use these drugs for recreational or medicinal purposes. One of the most common of these drugs is cannabis, but the stigmas surrounding cannabis have been harsher than others. Much of the cannabis stigma is surprisingly modern, a result of Prohibition, the War on Drugs, and the structural and institutional racism that defined both of those movements.

Cannabis is a plant genus comprising a wide range of different species, but today, most people know mainly about hemp and marijuana. By all respects, these are plants like any other, but over the years, cannabis has gained a wide reputation, a stigma that has grown and evolved and remains in a strange space even today.  This stigma is rooted in racism and has been driven by prohibition and the war on drugs.

Thankfully, new laws and open minds are beginning to change this stigma. You can learn more about this change from the study we conducted to see just how much attitudes towards cannabis have changed. For now, let’s take a look at the history of cannabis and how the stigmas began.

The Root of the Cannabis Stigma

To understand the root of the stigmas against cannabis, it’s important to look at the words we now use for it. The most popular words for cannabis—dope, reefer, marijuana—have roots in African-American, Caribbean, and Mexican-Spanish slang. Early opponents of cannabis specifically referred to the drug as “marijuana” to emphasize the “Mexican-ness” (and by proxy, the otherness) of the drug.

Before the 1960s, weed was very much considered a drug for people of color. All of this fed into the racist fears and stereotypes that eventually led to the drug becoming illegal in the 1930s with the passage of the Marijuana Tax Act of 1937, passed by prohibitionist Harry Anslinger, who was leading the federal agency that would eventually become today’s Drug Enforcement Agency, which led directly to President Nixon’s war on drugs in 1971.

Stigmas surrounding cannabis focused on its distinct otherness. Its effects became associated with madness and violence, and its roots in oriental and indigenous medicine were in direct contrast to the push for modernity and development. It was a drug for the lower class, associated with debauchery and crime. These misguided associations eventually turned into misinformed causations: using cannabis not only caused violence, it could turn you into a criminal, a social delinquent, anything but a normal contributing member of a capitalist society. That stigma, that deeply human concept of not fitting in, continues to today. Cannabis still has its associations with crime, bad grades, and general social failures, which have only been supported by false studies and misinformation.

Marijuana use dates as far back as 4000 B.C. in Ancient China, where it was used as a pain reliever, sedative, anesthetic and antidepressant. Ancient Egyptian and Indian texts also show evidence of cannabis used as medicine. Prior to the spread and dominance of Christianity, cannabis was believed to provide antibiotic, hypnotic, and anticonvulsant properties.

While the cultivation of cannabis started in Ancient Asia, it eventually spread to parts of Europe as an agricultural crop. This crop expansion eventually made its way to the Americas, though stories about how it actually traveled overseas remains spotty at best. Some claim that Christopher Columbus himself brought cannabis with him in 1492. Most say that cannabis as we know it actually derived from hemp plantations in the 17th century. The predominant understanding is that cannabis was brought to Mexico via Pedro Quadrado, a conquistador, in 1550. At this point, cannabis plants were considered a strong fiber, used as hemp to create ropes, clothing, and a variety of other products.

However, it’s unlikely that people saw hemp, which is naturally low in THC, as something that they could get high off. Cannabis as a narcotic drug made it to the New World by the British, who took it to Jamaica, and by the Portuguese, who took it to Brazil. In both cases, cannabis was likely used as a tool for pacifying slaves.

Mexico and the U.S.

By the late 19th century, cannabis was readily included in a variety of tinctures, tonics, cough syrups, and other medicines. Evidence suggests at least 2,000 different cannabis medicines produced by more than 280 manufacturers by 1937. Hemp crops were grown in the original colonies in the Colonies, becoming an important part of the economy by the mid-1600s and providing fiber for clothing, canvas, and paper. These crops spread along the East Coast, eventually making their way to the Midwest. By the late 1800s, Missouri, Illinois, and Kentucky became the most prominent producers of hemp in the country.

However, smokable cannabis was introduced to the United States in the early 20th century. Around 1910, shortly after the beginning of the Mexican Revolution, refugees of the revolution sought sanctuary from the violence as they crossed the border, bringing cannabis with them into the southwestern United States. This was particularly focused in Texas, which is where the drug faced its first backlash. In fact, El Paso was the first city to actually pass an ordinance denouncing cannabis in 1914.

Prohibition and the War on Drugs

When the prohibition ended in 1933, Henry Anslinger, the head of a federal agency that would eventually become the Drug Enforcement Agency, panicked as he would be without a job. He immediately turned his attention from alcohol to marijuana, an easy target with the growing anti-Mexican, anti-black sentiment. By 1937, Anslinger drafted and introduced the Marihuana Tax Act, which essentially made marijuana illegal using evidence rooted in stereotypes and hearsay.

This act was supported heavily by the Reefer Madness campaign, which was punctuated by an anti-cannabis propaganda film known as Reefer Madness. Released in 1936, the year before the Marihuana Tax Act was passed, this film depicted teens smoking weed for the first time, which sets in motion a series of events resulting in hallucinations, murder, and attempted rape. This became the foundation for modern societal stigmas surrounding cannabis as well as future anti-marijuana legislation.

In 1952, D.C. passed the Boggs Act, which essentially created mandatory minimums for drug convictions, including marijuana. A first offense for simply owning marijuana could result in a $2,000 fine and two to five years in prison. This was later exacerbated by the Anti-Drug Abuse Act of 1986, which was signed into law by Ronald Reagan and, among other things, lengthened mandatory minimum sentences.

The legislation against marijuana was further compounded by Richard Nixon’s war on drugs in the 1970s. During this time, the Controlled Substances Act was categorized as a schedule 1 drug along with LSD and heroin. This categorization came about entirely from Nixon’s hatred of cannabis and its counterculture, as opposed to any scientific, medical, or legal evidence.

Thankfully, some states are expunging prior cannabis convictions. This can go a long way to shifting the stigma and hopefully giving a new life to those who have been punished the harshest for deeply outdated and unfounded laws from decades ago. Our recent study shows that most people are changing their attitude toward cannabis, which can lead to real change and a chance to fully research and understand just how cannabis could help us in our day-to-day lives. However, there’s still more work to be done.