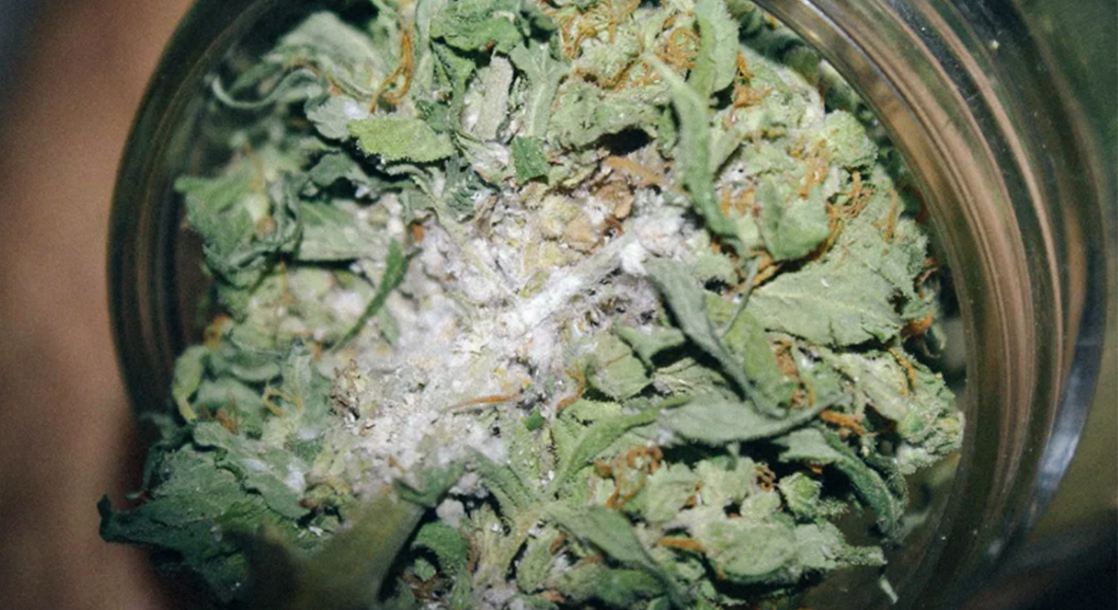 Unfortunately, legal markets have seen their fair share of moldy weed recalls over the past few months alone. In January, Michigan regulators recalled 48 pounds of medical marijuana due to mold.

A month prior to Michigan’s order, Colorado agencies recalled an entire batch of weed from one operator that affected at least 10 Denver-based dispensaries.

Also in December, Canada’s government weed supplier, the Ontario Cannabis Store, recalled 25,000 grams of pot after a customer found mold on her cannabis.

So the mold scare is real. Here’s how to ensure it never ends up in your pipe. 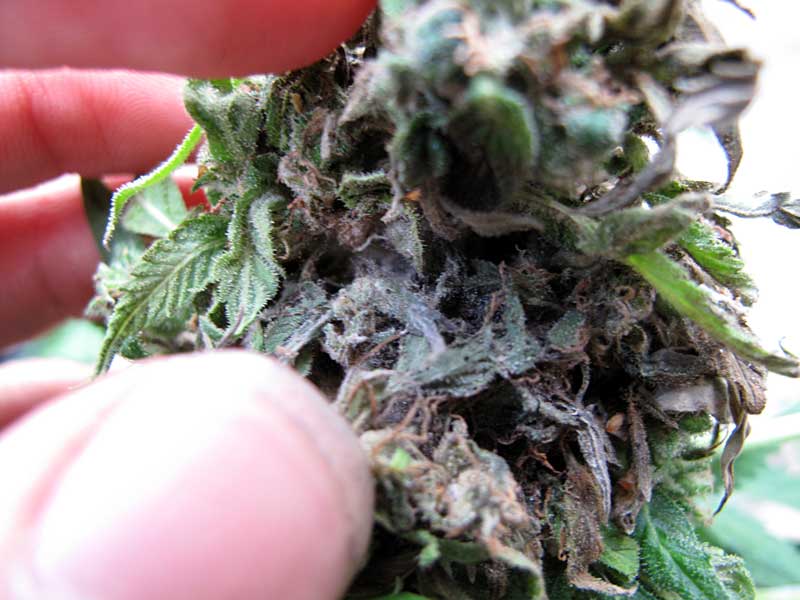 The easiest and most cost-effective method for spotting mold on weed is the naked eye. Tokers will notice something that looks similar to cobwebs on or within the buds. Spider mites also leave behind actual webbing that can look identical to mildew, but you shouldn’t be smoking those, either.

Powdery mildew, a form of mold, can sometimes look like dusted kief to the untrained eye. However, closer inspection will reveal the powder isn’t kief at all, but something that resembles sawdust or the dust produced by kicking a puffball mushroom.

Other signs of mold or mildew include dark spots on otherwise green buds, yellow or gray fuzz, or the presence of slime. (Yuck.) Sometimes buds may also appear as if they were rolled in confectionery sugar, another sign of powdery mildew. 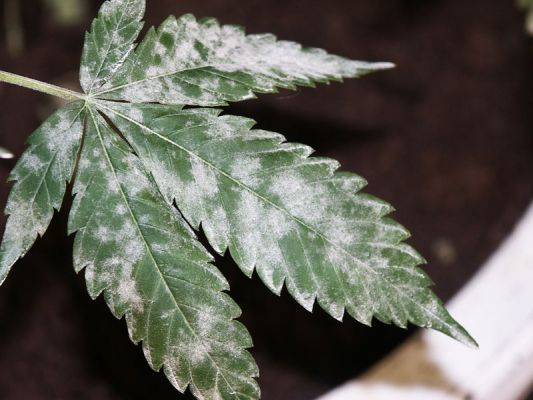 The Nose Knows: The Smell Test

Weed comes in a wide assortment of aromas, from hints of berries to that chronic funk that smells like you just ran over a wild skunk. But two scents can tip you off to moldy weed: the smell of human sweat or urine.

Of course, no one should ever smoke weed that smells like pee anyway, mildew or otherwise.

The smell test has limitations, though. Some noses are more sensitive to the nuances of weed fragrances than others. And tokers who are allergic to mold-derived antibiotics like penicillin may experience an allergic reaction.

Additionally, some molds and mildews don’t produce any smells, especially if the infestation only recently took hold. 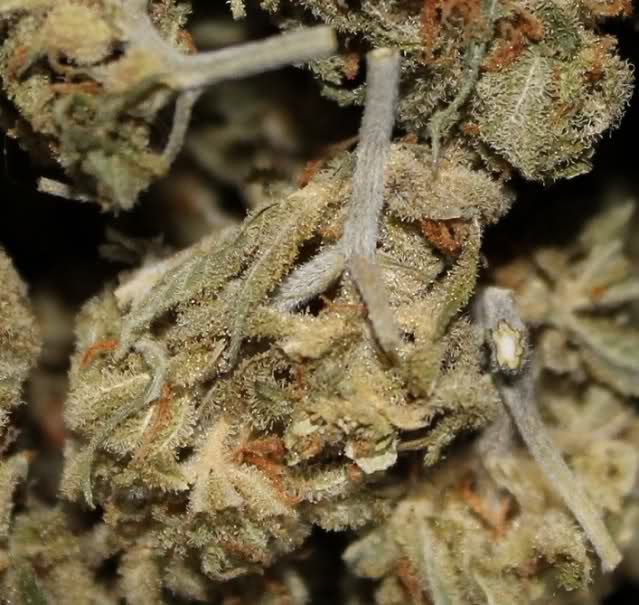 Science, B! Use a Microscope

Obvious signs of mold, like seeing webby crud all over your buds, indicate the infestation was there for a while. Sometimes, however, newer cases of mildews and molds are invisible to the naked eye.

In this case, consumers can still detect if their weed contains mold. This method requires a microscope. In the age of Amazon, however, digital microscopes sell for less than $30.

Again, recognizing mold on weed by eye, even the aided eye, takes some experience. Mold and mildew produce little filaments called hyphae. Hyphae look nothing like the bud’s natural glandular trichomes, so if anything looks out of the ordinary, it might be mold. 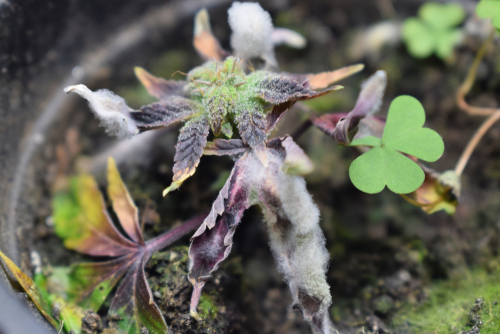 Check the Media and Brand Websites for Recalls

Another safe practice for finding out if your cannabis contains mold is by checking local media for reports of recalls. State or city websites, as well as some company websites, may also post notices.

Although checking the news for moldy weed may seem dorky, it has worked in the past. In the case of the Canadian recall mentioned earlier, the woman who reported the mold only caught it because she’d read a news story on the topic. She said she never would have checked had she not known mold was even an issue with legal weed. 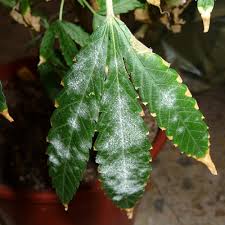 Why even care about mold on weed? After all, isn’t mold a source of medicine, just like cannabis?

Molds and mildew are fungi that thrive in moist environments with poor air circulation. With weed, the presence of molds or mildews indicates the plants are diseased, not extra medicated.

While some molds produce antibiotics like penicillin, treating an infection by smoking moldy weed is a really, really bad idea. Those allergic to penicillin could react violently to smoking mold, much less smelling it. Other patients, like those with compromised immune systems, may be unable to fight off the mildew’s spores, leading to moldy lungs on top of smoking shitty weed.

Furthermore, some molds and mildews produce toxins, called mycotoxins, that can’t be burned away. And even worse, making edibles with moldy weed will transfer those toxins wholesale into the food. (Double yuck.)

Basically, get your cannabis from trusted sources. Inspect every purchase before ever flicking a Bic. And always remember: webbing belongs in dark corners, not on weed.