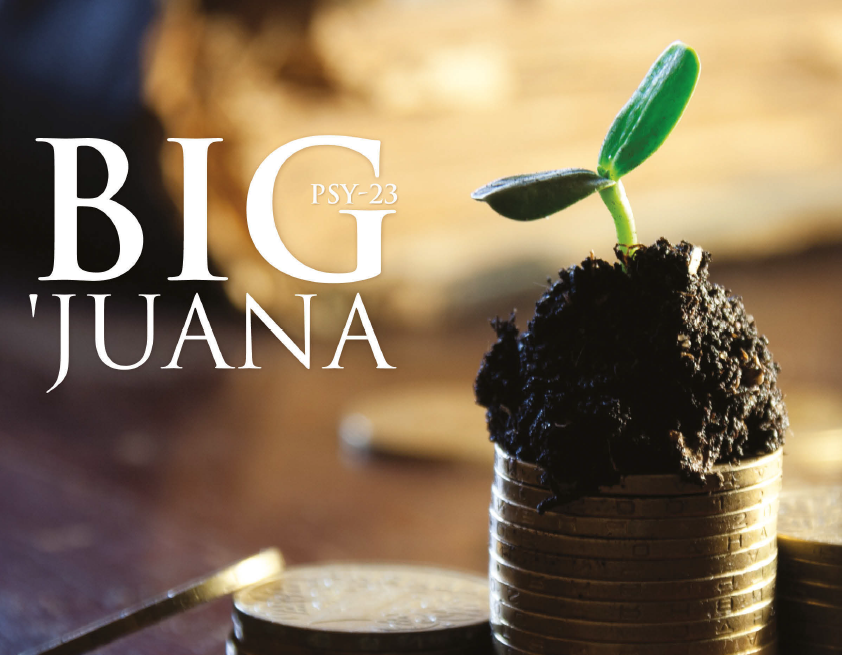 A strange thought wandered into my brain a while ago and I’ve been struggling to shake it ever since: one of those thoughts that come out of nowhere and make themselves comfortable in the subconscious so that you can’t help but keep coming back to it again and again. I started off by thinking about how quickly legalization is gaining pace in the US and how scared some of the pharmaceutical companies must be that they will end up losing huge amounts of money once people start to explore the different medicinal benefits on offer from THC and CBD rich strains. It’s no secret that there is profit to be made from our suffering and a multitude of firms seek to offer us salvation in the form of a new tablet, lotion or potion at every opportunity; medicine is insanely expensive to research, test and produce so something which we could grow for ourselves doesn’t fit too well with the fiscal projections in the boardroom, does it? Following on from this I began to ponder who else might be keeping their eagle eyes on this fledgling nest egg.

Whilst the first stage of legalization has seen a sudden surge in people who want to climb aboard the greengold rush bandwagon and ride it for every last cent, the realistic future will involve all of the same companies who bleed us dry at every opportunity – not just pharmaceutical giants, but also mass-market global brands of alcohol, tobacco and soft-drinks who can’t let the opportunity to shake some more coins out of your purse pass by without making a highly-polished grab for your attention. It’s no secret that advertising agencies employ all manner of well-researched ideologies which get straight into our minds and push all the right buttons and I couldn’t help but feel a twinge of concern that the cash-crop of the cannabis-cash-cow may quickly become commercialized in an obtusely glorified manner. People who have no passion for weed might think they know how to sell if for a profit, but that doesn’t mean they know how to market it with respect. Current seed banks and dispensaries are generally operated by people who have a genuine interest in the shared experience between retailer and consumer, the same way that a good bartender gets to know their clients and won’t give them too much to drink, and the cannabis industry has been built up on word-of-mouth relationships and high standards of product quality. Would a fully commercialized company trade in quality simply to ship a mass-market product to a wider consumer base? Or am I worrying about nothing?

Anti-legalization activists are convinced that this type of issue is an almost certain future for cannabis should prohibition continue to wither and fade as more states follow suit. Corporate cannabis, as it has been termed, has often been hinted at but never really seemed like it was more than a vague pipe-dream which was unlikely to see the light of day. Most camps seemed to consider cannabis as a potential threat to their respective line of products which meant it has been a case of keeping your friends close etc. instead of contemplating a foray into the relative unknown of cannabis for themselves. Alcohol industry players have been making sure that they have all the inside information by communicating closely with key representatives involved in cannabis’ rise from underground demon weed to the next big thing and the pot players have been extremely accommodating hosts. In reality I can’t blame either side for being interested in planning for an uncertain future, but that doesn’t make it any easier to stomach. Then I had to deal with a curveball of major proportions.

Marijuana and music have had a lifelong relationship and many genres have become intrinsically linked to the lifting effects that it has on mind, body and soul. In many ways it could be said that music has been marijuana’s marketing campaign for decades and numerous factions would have you believe that it is solely responsible for many people’s use, then again, these are the same kind of people who took rock bands to court for apparently filling their songs with subliminal suicide encouragement. Artists who talk about smoking weed do so because it is a part of their life and culture and most song writers like to talk about the things which are important to them and to infer that listening to Snoop Dogg or Cypress Hill encourages the youth to go forth and smoke is like saying that Grand Theft Auto is designed to train you up to be a sociopathic, homicidal maniac with a penchant for fast cars and assassinations. Whatever your personal opinion of this theory is, few people would question that one musician is more synonymous with weed than any other: the legend that is Bob Marley.

Whilst Marley’s attitude to smoking the herb hardly did anything to damage its reputation, his musical legacy has remained one of the strongest in the business and his family surprised everyone towards the end of 2014 when they announced to the world that they had invested upwards of $50 million in the preparation of Marley Natural – an all-natural marijuana brand which seeks to beat all of the big boys at their own game before they even get off the starting blocks. This is no shot-in-the dark in their eyes, the Marley clan have employed some serious marketing types to take this project to astronomical extremes meaning that they are either going to blaze a trail for others to follow, scare off other would-be investors or crash and burn in spectacular fashion (although I very much doubt that the last option is particularly likely it can’t be ruled out completely). On one hand this means that people with remarkable tenure have the potential to do things right, but the flipside of the coin is the reality that the branding company behind the curtain are going to be aiming for global dominance and inevitable Marley Natural franchise outlets will begin to crop up in any place where the law makes it possible. Considering how this lays out plans for the possible future of legal weed, I have to admit that I’m still unsure of how to view this news. Shouldn’t legalization be about grass roots organizations, independent retailers and self-sufficient growers carving out their own niche instead of following the blueprint of over-priced coffee shop saturation? I mean, seriously, do we want to have exactly the same pot-shop on every corner and TV campaigns in-line with the promotion of E-cigs? The truth is that this is all beyond our control and I suppose it is an inevitable part of prohibition’s end. Can’t have it both ways, can we?