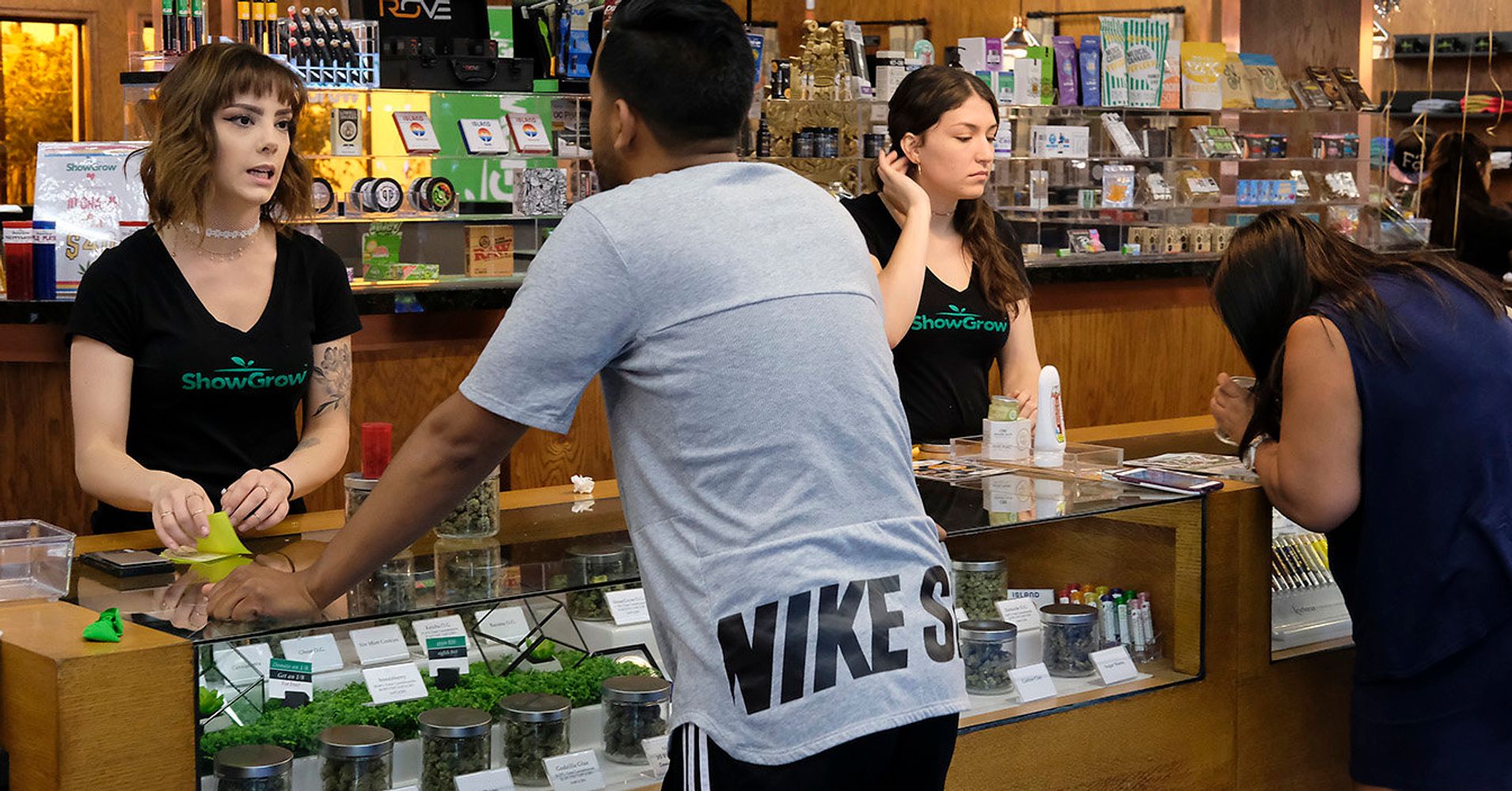 The Democrat’s proposed spending plan, released Thursday, projects the state will bank $355 million in marijuana excise taxes by the end of June. That’s roughly half of what was once expected after broad legal sales kicked off last year.

Industry experts say the diminished tax income reflects a somber reality: Most consumers are continuing to purchase pot in the illegal marketplace, where they avoid taxes that can near 50 percent in some communities.

Tax collections are expected to gradually increase over time, but predicting what that amount will be remains something of a guess.

Tax collections for “a newly created market are subject to significant uncertainty,” the budget said.

Josh Drayton of the California Cannabis Industry Association credited Newsom with taking “a realistic look at the challenges” after a bumpy first year of broad legal sales.

Newsom also recommended a sharp increase in spending for regulatory programs, although it’s an open question whether it will be enough to help steady the state pot economy. The budget recommends just over $200 million for marijuana-related activities in the fiscal year that starts July 1, which would be over a 50 percent boost from the current year.

Initially “the state was too optimistic about how the implementation of legalization was going to work. This governor has paid attention to that,” Drayton said.

That said, Drayton added that legal businesses need a break from hefty tax rates that are driving consumers to the illicit economy. Various proposals have been made to cut state pot taxes.

State taxes include a 15 percent levy on purchases of all cannabis and cannabis products, including medical pot. Local governments are free to slap on taxes on sales and growing too, which has created a confusing patchwork of tax rates around the state.

The state’s top marijuana regulator, Lori Ajax, has said the state intends to get more businesses licensed and operating in 2019, while cracking down on rogue operators who continue to proliferate across the state.

At year’s end, California’s effort to transform its longstanding illegal and medicinal marijuana markets into a unified, multibillion-dollar industry remained a work in progress. By some estimates, up to 80 percent of sales in the state remain under the table, snatching profits from legal storefronts.

Drayton said more than half the municipalities in the state do not have laws governing the industry. That means pot businesses cannot locate there, since companies are required to have a local license before seeking one from the state.

The budget also includes an additional $2.9 million for the California Department of Tax and Fee Administration to help chase down tax cheats.

Meanwhile, the courts budget includes nearly $14 million for resentencing of thousands of drug offenders whose offenses are no longer crimes since California legalized recreational pot.

Newsom, an advocate for legalized marijuana, said it has long been expected the new market would take five to seven years to settle in, with twists and turns along the way.

The issues he intends to look at include the distribution pipeline and claims that local governments are gouging the industry.

The state will “move expeditiously at licensing more and more dispensaries, making sure we go after the bad actors,” he said.