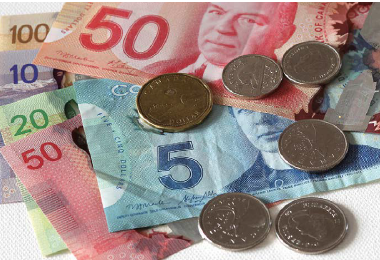 On October 17, 2018, Canada became the first “Group of 7” country to permit the use of recreational marijuana. Market watchers say this means either a golden era awaits Canada´s galloping cannabis startup stocks or a bust that would leave punters in despair like the Bitcoin crisis.

For a start, Canada´s new liberal marijuana laws will create an open market for stuff that used to be sold by criminals only – and a flood of fresh tax dollars. Its marijuana stocks investors are scouring through financial data to snap up early-bird opportunities. Even before full legalization, legal cannabis sales in North America were expected to skyrocket 145% from $10 billion in 2017 to $24.5 billion by 2021 according to BDS Analytics, a Cannabis market research group in Colorado.

This may even be an understatement. Canada is on the edge of a full-blown cannabis revolution. In Sept 2017, Canadian cannabis producer Tilray Inc. was joyous as it experienced a record-breaking week on the stock market, with shares surging up 94 per cent. The daily percentage gains of pot stocks even surpassed giant players in the market like Microsoft, Facebook and Exxon Mobil. Tilray, which completed its initial public offering on the NASDAQ in July 2017 with shares priced at US$17, said it got approval to export medical cannabis to the U.S. for a clinical trial.

From then on, the British Columbia-based weed producer’s stocks shot through the roof.

Why are cannabis shares in a bull run?

Tilray’s deal is not the only groundbreaking news in Canada´s cannabis industry. Constellation Brands, the brewers of beers like Corona and Negro Modelo, pumped $4 billion into Canada´s pot producer Canopy Growth in August.

The giant brewer is locked in talks with another British Columbia – based marijuana producer, Aurora Cannabis, to make CBD-infused wellness drinks. Aurora says it has not yet inked the deal because it is exploring partnerships with other beverage makers.

“It’s gotten so far so fast because there was so much hot money going into (cannabis) on a pure momentum play,” says Wayne Wachell, CEO of Vancouver-based wealth-management firm Genus Capital Management.

There are investment funds that have jumped in to cannabis and even institutional investors should be looking harder at the sector, said Greg Taylor, a portfolio manager at the firm Purpose Investments, which advises non-marijuana investors seeking to pick cannabis stocks in Canada.

To keep its eyes in the game, Purpose says it reserved a $25 million cannabis-focused fund which is spread out in 40 firms, which Taylor said the company tries to manage in a way that smooths out the volatility typical in the sector right now.

“This should be an area every institutional investor is looking at,” Taylor said. “Because there aren’t that many other growth sectors in Canada like cannabis and sectors with the potential to be globally dominant, and that Canadians can be setting the trend.”

With the decline of Bitcoin this year, “everybody knows what’s coming next, even with marijuana stocks. Marijuana in particular is a sector that is inherently controversial in nature. Even legalized, cannabis will suffer a lingering stigma, admits, Wayne Wachell.

Americans, the doyen of Wall Street, are still unsure whether to jump onto Canada marijuana stocks. “They sit on the fence because the Federal government still classifies marijuana as a Schedule I drug,” he says. This means cannabis is locked in same bracket as heroin and cocaine. Banks are usually coy about lending money to cannabis-related ventures.

Bitcoin’s a hyped example, its value reached an all-time high of nearly US$20,000 per coin at the end of 2017, but its value came crashing back down in the new year and it continued the steady spiral.

Drawing examples from Bitcoin and Dot.com burst of the 90s could be an error, he adds: “This dilemma is what makes Cannabis stocks so attractive high gambling. If Canada´s legalization endeavors cross into the US, gamblers who took a risk could make the financial scoop of the decade.”