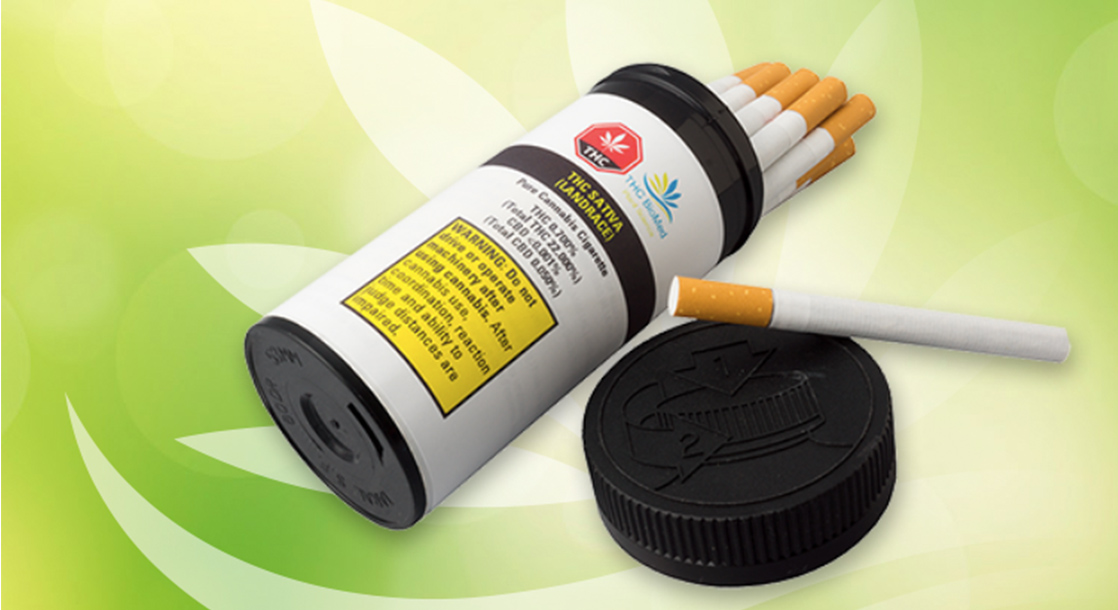 Next time you try to bum a cigarette from a stranger on the streets of Toronto, Montreal, or Vancouver, there’s a possibility that you’ll luck out and end up puffing on a perfectly rolled joint.

According to The Deep Dive, licensed Canadian cannabis company THC BioMed is releasing a new product called “Pure Cannabis Cigarettes,” machine-made pre-rolls with filter tips and a general appearance identical to that of a traditional tobacco cigarette.

The new product will not contain any tobacco, nicotine, or other added chemicals. Other than a more discreet appearance, it is not exactly clear what benefits will come along with having a cigarette filter on the end of a joint. That said, THC BioMed claims its machinery is capable of producing 5,000 cannabis cigs per minute, and hopes that the unique design could lead to a huge shift in Canada’s popular pre-roll market.

“We are pleased to be the first cannabis producer to put filters between the cannabis we are selling, and our consumers,” THC BioMed president and CEO John Miller said in a press release. “Filters were invented to protect the consumer and not degrade the experience.”

And while customers may worry that a bulky filter would eat up some of the THC, CBD or other cannabinoids inside the pre-roll that consumers seek to inhale, Miller is confident that the cannabis cigarettes will offer joint smokers the same experience they’re used to.

“We promise our Pure Cannabis Cigarettes will offer the same potency as our regular best-selling pre-rolls,” Miller said. “I am predicting consumers will gravitate towards this finished type of product and the old way of rolling joints will be something of the past.”

In other attempts to replicate tobacco products using cannabis, the California company Cannadips has produced a THC snus, and medical cannabis company Vireo Health has attempted to patent spliffs — meaning tobacco cigarettes that have been sprayed with cannabinoids. And elsewhere, CBD pre-rolls are gaining popularity as a tool to quit smoking tobacco.

THC BioMed’s pure cannabis cigarettes will be available soon in four varieties — sativa, hybrid, indica, and CBD — in packs of 3 and 20 joints. They will be available exclusively through Canada’s licensed adult-use marijuana retailers.