Dog food at 3-years-old. Elmer’s Glue at 5-years-old. Your grandmother’s meatloaf at 9-years-old. Your partner’s cooking at 31-years-old. Your own cooking at 42-years-old. Let’s be honest, we’ve all eaten something that tasted terrible at one point or another. Now, it seems that the rapid expansion of the cannabis industry is allowing bad-flavored products to make it to the shelves. While our tongues take the ultimate sacrifice to test these products, they also get the reward of judging them good or bad.

So, here’s a quick look at the flavor or cannabis drinks. From morning wake-up calls to tinctures that help you fall asleep, let’s drink it all in.

The Current State of Cannabis Drinks

According to an article in The Wall Street Journal, cannabis drinks taste pretty awful. In fact, the author mentioned that people reported the drinks tasting of ‘oily grass,’ dish soap, and even human pee. Not something you want to try for yourself? Don’t worry, some companies are actually putting cannabis into drinks and, according to the people at Bloomberg, doing a pretty good job of it. However, companies making tasty cannabis-infused drinks are the exception, not the rule. Most of them are reported to taste like hashy, oily, bottles of gross.

If Cannabis Drinks Taste Bad, Why Do People Consume Them?

Perhaps the best reason to consume cannabis in a liquid is the speed of consumption and the quick onset of effects. While a vape or a few quick puffs off a joint might seem like a quick way to get a dose of cannabinoids, there’s no more effective way than a shot of liquid cannabis. It’s the most rapid way to deliver a highly-concentrated form of cannabis. However, as mentioned, most cannabis drinks don’t taste very good. 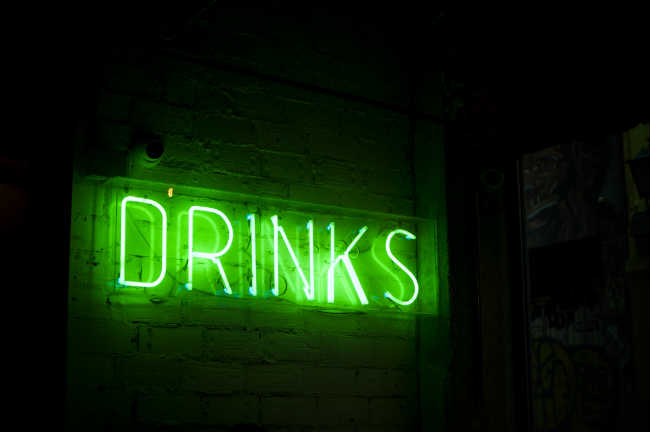 Many cannabis drinks are reported to have subpar flavor. photo credit

Despite the taste, people have long been holding their noses to take their medicine and the same appears to be happening in the early stages of cannabis-based drinks as well. While they might not match the quality of taste as vaporized cannabis, they are equally effective. In fact, some consumers consider drinks more effective since consumers can bypass the lungs have the cannabinoids go through internal digestion.

Obviously, there are other means of ingesting cannabinoids through the gut. Edibles, for example, are the most popular form of absorbing cannabinoids through the stomach. However, edibles present the introduction of food into someone’s diet who might be trying to limit their food consumption. In that case, a glass of water infused with cannabis might be their best option to get their cannabinoids without increasing their calorie count. So, some people might be holding their nose so they don’t later have to suck in their stomach. In that case, might cannabis-infused or cannabis-based drinks be more popular if they had a better taste to them?

Would Cannabis Drinks Be More Popular if They Tasted Better?

The quick answer is yes. Any edible product will be more popular when it tastes better. However, that doesn’t mean that every cannabis consumer would rush to drink their cannabinoids. Cannabis drinks remain a niche product within the industry. It’s a niche with plenty of room for expansion, however. As extraction techniques continue to diversify, producers can now isolate the terpenes. As a result, those isolated terpenes can easily be re-introduced to products to improve their effect and flavor. 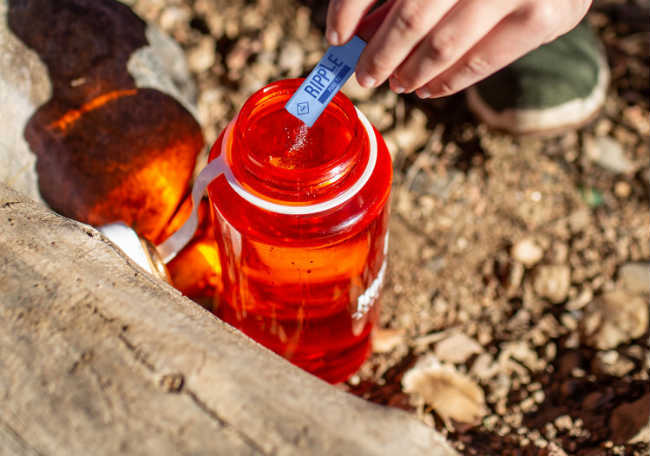 Ripple, by Stillwater Brands, is a tasteless cannabinoid additive that dissolves in any beverage. photo credit

It’s easy to extrapolate that idea into the near future and see a line of cannabis beverages touting different terpene combinations. Nowadays, thanks to Stillwater Brands, there are even single-use, dissolvable, taste-free THC packets to tear open and pour into your favorite beverage. In the morning or in the evening, coffee and beers infused with cannabis and terpenes are slowly gaining ground as well. Once high-quality flavors can be routinely delivered to the masses, the masses will consume high-quality flavors.

Up and Coming Cannabis Drinks to Try

Thankfully, not all cannabis drinks come with a less than pleasant taste. Some companies are doing a good job at flavoring and dosing their products. Here are a few that are catching the attention of cannabis consumers.

subtle tea is a cannabis-infused tea out of California’s VCC Brands. It comes in different flavors, such as:

Most of their bags of tea come with a 40mg dose of THC. However, their PM labels come with 25mg of CBD and varying levels of THC. But, are they tasty? Perhaps just subtly so.

A Cannabis Coffee Pod For Your Keurig

If you’re a morning person, you might enjoy Brewbudz. It’s an energetic dose of cannabis in a coffee pod that’s compatible with the most popular in-home coffee maker. More than a tasty dose of canna-coffee, the pod is 100% biodegradable and doesn’t destroy the environment. So, you can feel good with a tasty coffee that doesn’t crush your karma.

So, whether it was your dog’s Kibbles n’ Bits when you were a toddler, your own cooking as a fully capable adult, or a recent cannabis-infused soda, the flavor just needs some maturation. As the market expands and new products make their way onto shelves, the less flavorful will be pushed aside in favor of the tasty new cannabis drinks. Coffees, teas, wines, beers, waters, sports drinks, soda, sparkling waters, and shots of cannabis are all on the way. Cheers! To the future of cannabis drinks!

Have you tried any cannabis drinks yet? What did you think of the flavor? Share your thoughts in the comments below!