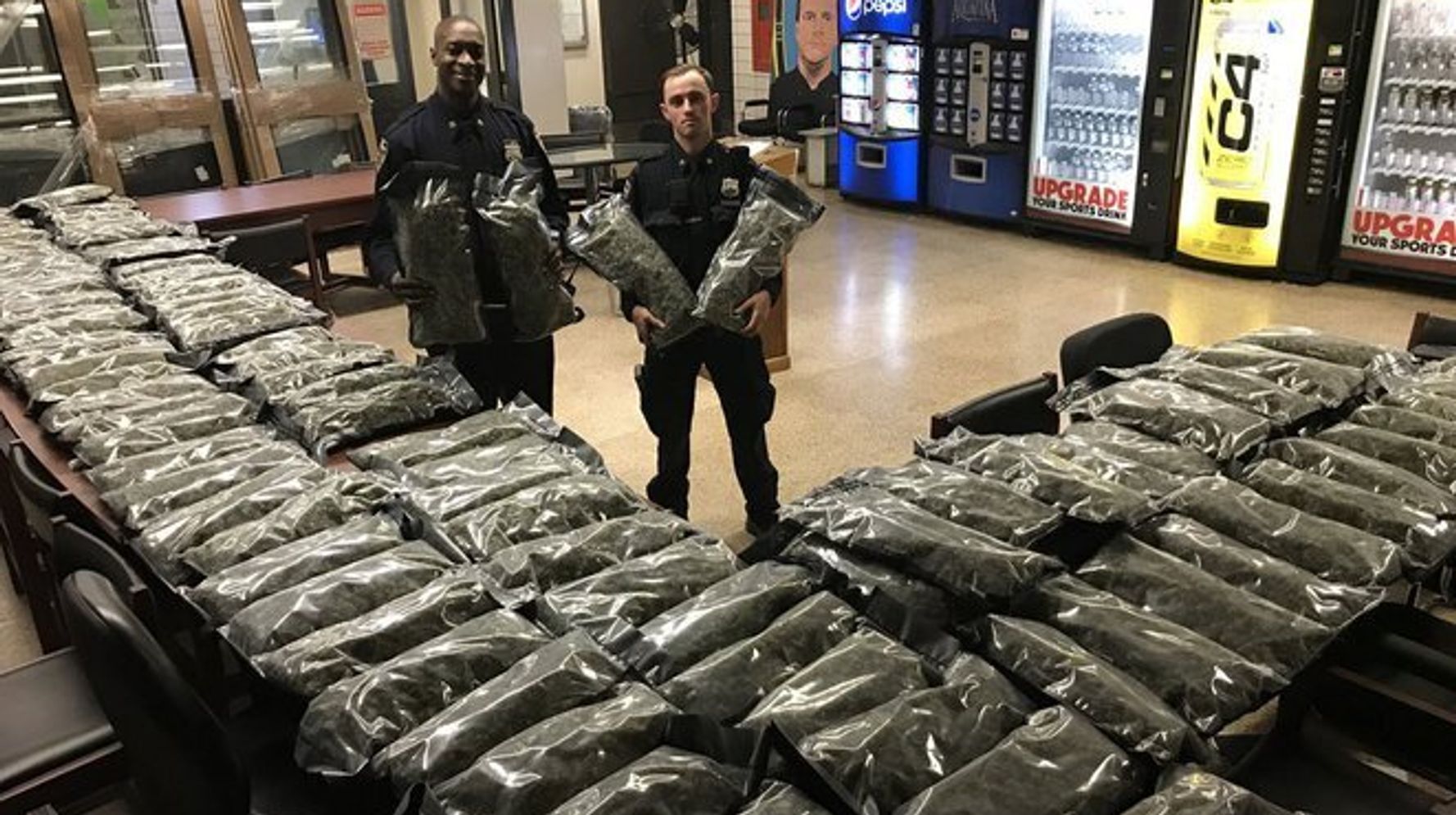 The Brooklyn District Attorney’s office dropped charges against a business owner after it was discovered a massive marijuana bust that police bragged about actually involved a seizure of hemp.

“The substance seized in this case contains less than .06% THC, which makes it legal hemp under federal and, as of yesterday, state law,” Brooklyn DA Eric Gonzalez said in a statement Tuesday after the charges were dropped.

Last month, the New York Police Department bragged about confiscating 106 pounds of marijuana “that was destined for our city streets.” But brothers Oren and Ronen Levy, who own Green Angel CBD and The Pet Cure, told HuffPost at the time that officers actually seized legal hemp that had proper documentation contained in the shipments.

Officers Greenidge and Ganshaw from the @NYPD75Pct used precision policing and relentless follow-up, along with a great working relationship with @FedEx and other local law enforcement officials, to confiscate 106 pounds of marijuana that was destined for our city streets. pic.twitter.com/OnRyLsH90D

Along with documentation, the Levy brothers provided HuffPost with a copy of a Vermont police report that showed an officer in that state had inspected the shipment before it traveled to New York.

“Both boxes contained paperwork explaining the shipper as a registered VT Cannabis Hemp grower,” said the officer’s report. “I advised the company that this does appear to be Legal Hemp and not Marijuana and the police was not going to seize it.”

This apparently didn’t stop officers with the NYPD’s 75th Precinct from arresting Ronen Levy on six charges of marijuana possession. After being told to come by the station to pick up his hemp, he was instead arrested and detained for more than 30 hours, he said.

During his detainment, Levy said he got a little water, dry cereal and a piece of packaged bread that he used as a pillow.

“From the second they put cuffs on me I was pretty much in torture,” Levy told HuffPost. “It’s 30 degrees in there, my teeth didn’t stop chattering from the second I got there until I left.”

Levy said he has never been in trouble with the law before, and that the brothers have lost business and revenue since the charges were filed.

They plan to file a notice of claim for damages, attorney Sanford Rubenstein confirmed to HuffPost on Tuesday.

The NYPD’s tweet bragging about the false bust remains up.