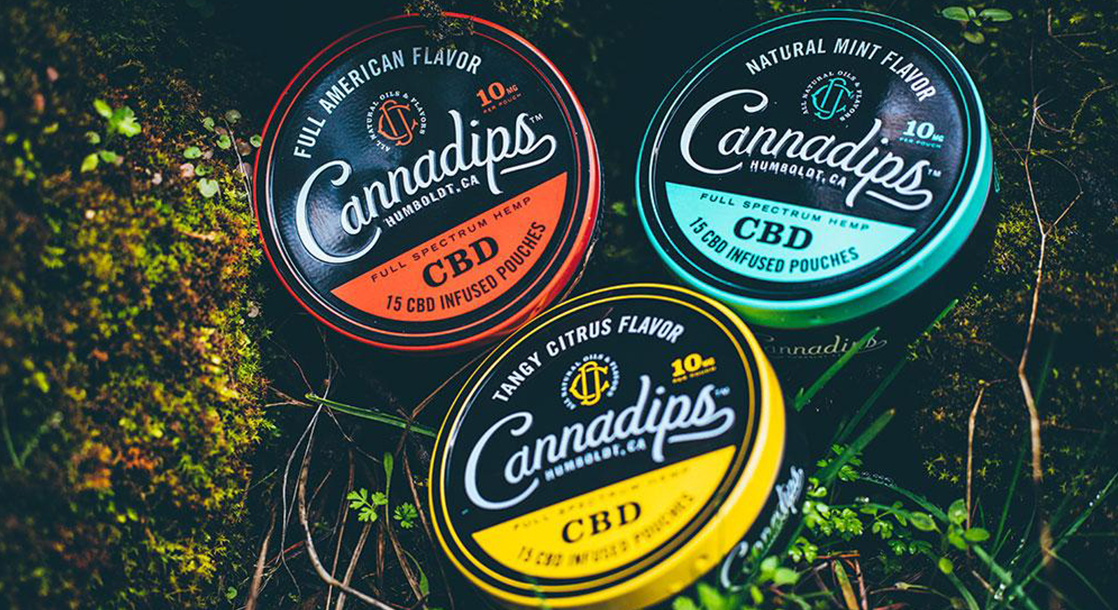 You can smoke it, drink it, vape it, dab it, eat it, or rub it in like it’s Lubriderm. Now, you can chew cannabis like tobacco, too.

Cannadips, based in California, modeled its new cannabis chew after Swedish snus. The chews, which come in Mint, Citrus, and “American” flavors, contain monk fruit, essential oils, and a dry cannabis tincture stuffed into a small pouch composed of coconut fibers. The company fashioned the tincture with water-dispersible cannabinoids, which absorb through the mouth’s lining and directly enter the bloodstream, skipping the liver.

Since the cannabis in Cannadips bypasses the liver, it should kick in faster than conventional edibles. The high shouldn’t last as long, either, which is ideal for folks on the go. Case Mandel the co-founder of Cannadips, told Green Entrepreneur he got the idea from his business partner, Cliff Sammet.

“…we grew up in Santa Cruz, California, which is considered Surf City, USA. In the surfer community, a majority of men dipped tobacco,” he said. “That was a ritual. But it’s highly addictive and not good for you. So that’s something that we were trying to find a solution for. Something that people can use to help them get off smokeless tobacco or use as an adjunct to smokeless tobacco.”

Could cannabis help tobacco addicts kick the habit? Some research says yes, while other research suggests combining weed and tobacco could worsen tobacco addiction. Regardless, replacing tobacco chew with a pouch product like Cannadips should be on any hygienic dipper’s itinerary. Unlike freely shredded tobacco chew, chew products in pouches don’t get spat cowboy-style into a spittoon or cuspidor. Instead, you can remove the pouch from your mouth and discard it like gum or a chicken bone.

Cannadips isn’t the first-ever cannabis chew, but it’s the only one currently available for purchase. For now, you can only find it in California, but someday soon, cowpokes may be able to rope some in beyond the Golden State’s boundaries.