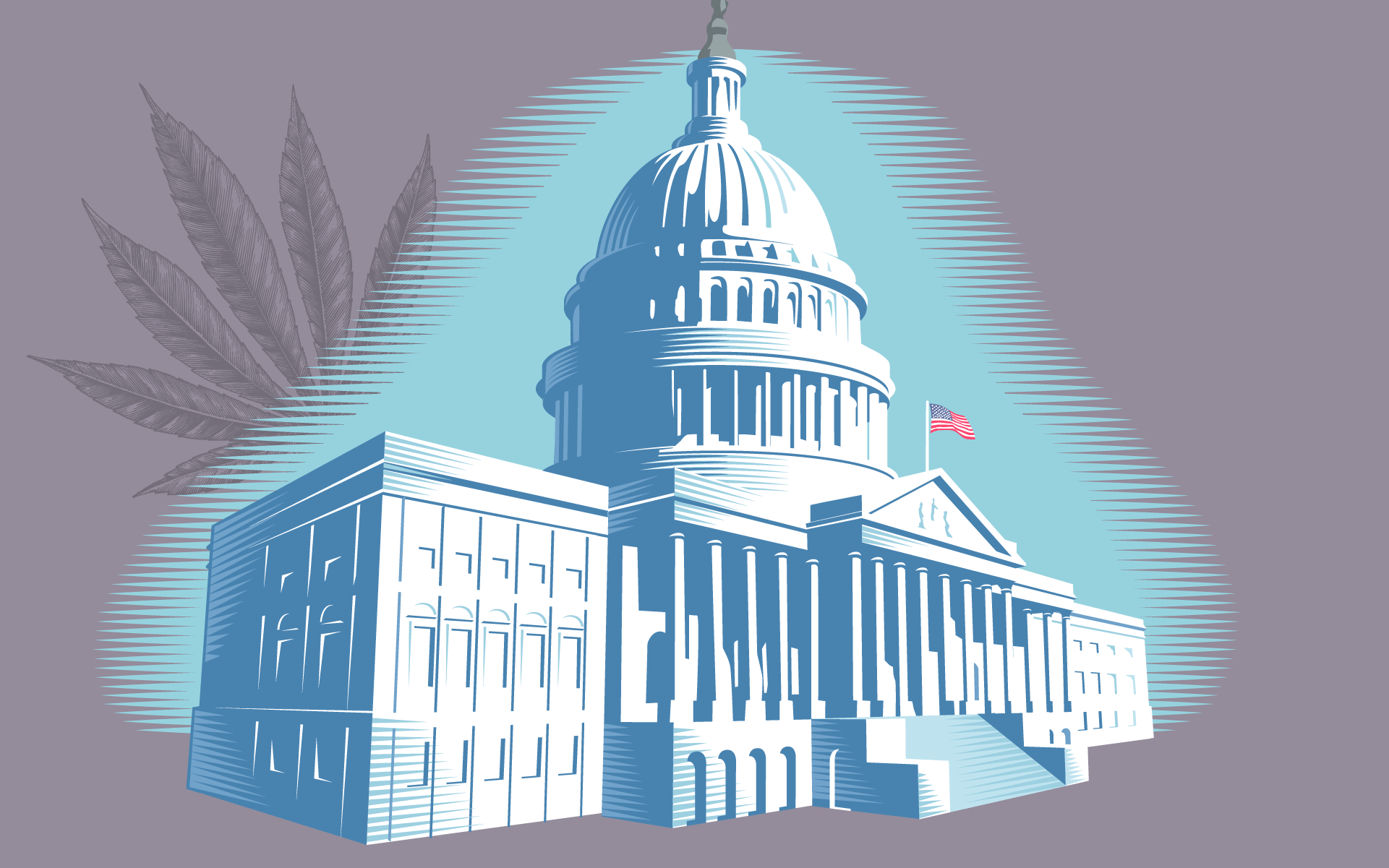 In a first-of-its-kind hearing, a key congressional committee met Wednesday morning to discuss how to finally put an end to federal cannabis prohibition. Titled “Marijuana Laws in America: Racial Justice and the Need for Reform,” it was the latest indication of just how far Congress has come on cannabis reform after decades of intransigence.

Wednesday’s hearing highlighted competing visions of what reform should look like.

According to most polls, Americans now broadly support cannabis legalization, with a majority of both Democrats and Republicans in favor. That bipartisan agreement was on display Wednesday at a House Judiciary subcommittee meeting, where members of both parties expressed frustration at the current state of the country’s cannabis laws.

Ending prohibition, said US Rep. Tom McClintock, a California Republican, “may be one of the very few issues upon which bipartisan agreement can still be reached in this session.”

But while lawmakers seemed to agree on the need for reform, Wednesday’s hearing also highlighted tensions between competing visions of what reform should look like.

The war on drugs has wreaked havoc on millions of Americans and their families, but no group has been more disproportionately impacted than people of color. Despite evidence that Americans consume cannabis at similar rates across racial lines, US Rep. David Cicilline (D-RI) noted, black and brown people are roughly four times more likely to be arrested for cannabis than their white peers. Those disparities are even higher in some parts of the country, including major cities such as New York and Baltimore.

“The foundations of our drug policy are inherently racist.”

Even in states that have taken steps to legalize, racial disparities remain—both in terms of arrests and as measured by company ownership in the newly legal industry. In Florida, for example, which has a limited medical cannabis program, US Rep. Debbie Mucarsel-Powell observed that most people in the legal industry are “white and wealthy” while people of color continue to be arrested. “We have a tale of two Americas,” she said.

To address these inequities, some lawmakers called for automatic vacation or expungement of past cannabis convictions. Others urged more direct action, such as funneling federal funds to help people of color find a foothold in the new industry.

That suggestion was too much for other lawmakers, such as McClintock, the California Republican. Though he agreed with the need for some form of federal cannabis reform, McClintock claimed Democrats were using the issue to inflame racial divisions. “I am disappointed that just as a strong bipartisan consensus is emerging on this issue,” he said, “the majority has chosen to play the race card.”

Other committee members pushed back by highlighting the drug war’s racist origins.

US Rep. Hakeem Jeffries (D-NY), for one, noted that a chief architect of cannabis prohibition, Harry Anslinger, not only “made claims about cannabis that were incorrect” but “also targeted blacks and Latinos.”

“Would it be fair to say that the origins of marijuana prohibition are racially tinged, flawed?” Jeffries asked Dr. G Malik Burnett, a physician at the John Hopkins Bloomberg School of Public Health and a former policy manager at the Drug Policy Alliance.

“The foundations of our drug policy are inherently racist,” Burnett replied.

In years past, cautious promoters of cannabis reform, such as former Sen. Hillary Clinton, said they would support removing cannabis from the Controlled Substances Act’s most restrictive category, Schedule I, and reschedule it amid a less-restrictive class of drugs. But both lawmakers and witnesses at Wednesday’s hearings said that removing cannabis from the CSA entirely would lead to better results for most Americans.

“The whole system to me seems irrational.”

US Rep. Ted Lieu (D-CA), noted that cannabis is less dangerous than most Schedule II drugs, which include cocaine and fentanyl. But even moving cannabis to Schedule III would leave obstacles in place for businesses and consumers. Taxing cannabis and expanding research would be allowed under Schedule III, for example, but access to banking and other financial services would still be limited. Nor would a Schedule III classification allow consumption by consenting adults.

“The whole system to me seems irrational,” Lieu said. “I think marijuana should be taken completely off of the Controlled Substances Act.”

Removing cannabis from the CSA completely would also “lower the barrier to entry to the cannabis industry” and thus promote a more equitable industry, Burnett of Johns Hopkins said. Descheduling cannabis would allow cannabis entrepreneurs to access federal incentives for small businesses, including grants, loans, and other financial support. That would mean more equitable access to startup capital than is currently available through angel investors or venture capitalists “who themselves have a diversity problem,” Burnett said.

One of the speakers at Wednesday’s hearing was Baltimore State’s Attorney Marilyn Mosby, who in January announced that her office would no longer prosecute cannabis possession cases. She also filed a motion to erase nearly 4,000 cannabis convictions—a move the court has since denied. Mosby testified that decriminalizing or legalizing cannabis would allow the state to better treat problem drug use while at the same time freeing up law enforcement resources to target bigger public health threats.

“We’ve criminalized what should have been a public health issue this entire time,” she said. Since her office stopped prosecuting cannabis possession cases, Mosby told the panel, the clearance rate for Baltimore’s nonviolent shooting crimes has gone up. “What would my work look like if we were to focus on safety?” she said. “It would be great.”

Asked to speak to the notion that cannabis is a gateway drug, Dr. David Nathan, board president for Doctors for Cannabis Regulation, called the concern “one of the most thoroughly debunked issues in this debate.”

For one thing, many researchers now subscribe to the so-called common liability theory, which says that there are a common set of factors that tend to lead to all drug use, including poverty, absence of a parent from the home, bad schools, unsafe streets, genetic predispositions, and others. It seems drug use is determined less by what someone puts in their body than the environment that body is in.

There are a number of bills currently circulating in Congress that address cannabis legalization. The leading measure, the STATES Act, was mentioned favorably by a number of legislators and hearing witnesses. A few, though, objected to the lack of equity measures in the STATES Act—measures which are contained in a rival measure, the Marijuana Justice Act.

Wednesday’s hearing was not meant to consider any one specific bill, but rather to give legislators an overview of the racial justice issues at play.

“Everything in politics seems impossible until it happens,” said US Rep. Ted Lieu (D-CA). “If 15 years ago I were to tell you, ‘In 15 years we would have gay marriage in 50 states and, in some of those states, we’d be smoking weed,’ you’d think I was crazy. But that is, in fact, what is happening now.”

“I appreciate the fight,” Lieu said. “Keep on fighting, and I believe we can get this done.”