Is Europe about to steal America’s legalization thunder?

Might California be essentially “hosed” in the short term?

If you like these sorts of questions, you’re ready to join thousands of cannabis business operators and investors heading to San Francisco Feb. 6-7 for the annual International Cannabis Business Conference.

Featuring the likes of Tulsi Gabbard, California Bureau of Cannabis Control’s Lori Ajax, and afterparty jams from Del the Funkee Homosapien—the day-long event series always brings people together like only cannabis can. 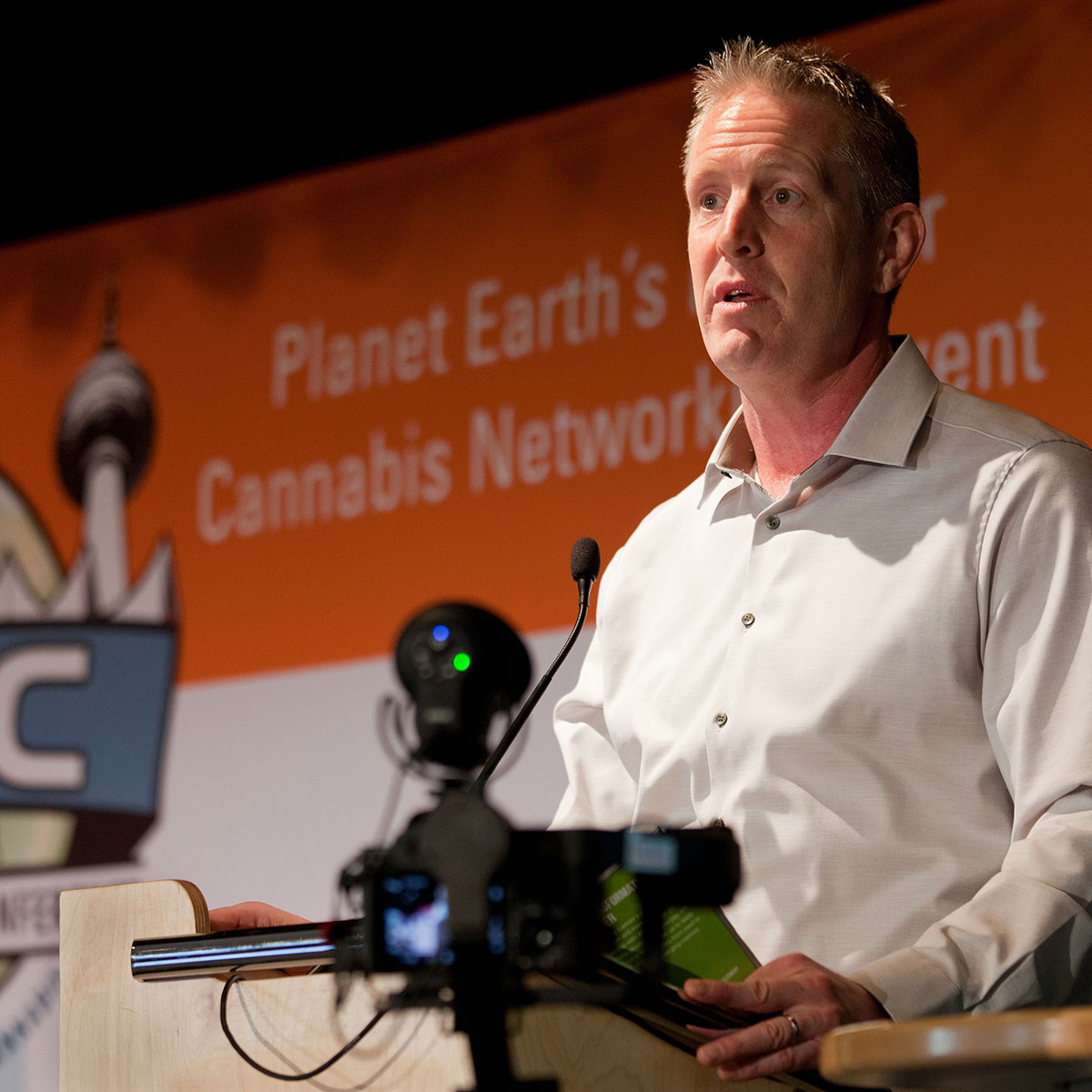 Below, Rogers sounds off colorfully on California’s fate, Europe’s rise, cannabis stocks, and personal investment in this edited Q/A with Leafly.

On pessimism for California

The problems with cannabis are just accentuated with the overall bureaucracy. Cannabis is already the red-headed stepchild. So you get, like, double-bureaucracies going.

I think California is pretty hosed for the short term but in the long term, they’re going to figure it out. It’s just too much taxes and regulations. It needs to be balanced out.

Rep. Rob Bonta has a bill to lower cannabis taxes this year.

That’s a good one to cut, they are so punitive.

Obviously the situation is going to rebound. But it’s going to take a while to mitigate the concerns of the black market, basically.

By contrast in Europe, the ICBC is becoming massive, like the MJBizCon, and you’re starting an investor forum. Do Americans not see what’s going on in Europe?

Switzerland has become a major hub. Between Germany and Switzerland, the cannabis scene there is going off.

When Germany went medical three years ago—robust medical—it was a huge thing; that changed the whole dynamics of the European market. Then CBD became legal in Switzerland and then a lot of other countries in Europe.

So now there’s weed shops all across Europe where you can buy loud-ass weed but it don’t get you high. In Switzerland you can go up to 1% THC—dude, it’s everywhere. It’s in all the bodegas. It smells. Cops don’t know the difference.

And then you have all these southern European countries that are now growing wanting to sell their weed into Europe.

For them, CBD is also their precursor into legalization. It’s priming the market and everybody who was in the medical marijuana industry says, ‘Oh, once it goes rec, then we’re going to be building a brand for that already under medical auspices.’

And the cool thing is is that it feels more legal in Europe than it does in a legal state in America. They have a smoking culture, and people can still smoke outside and do it everywhere.

So for example in Berlin, cannabis is de facto legal and everybody smokes it on the street at cafes. It’s just absolutely everywhere in Berlin and cops have a high tolerance. It’s a low priority for them so nobody gets busted. It’s technically illegal but it feels more legal than in America because you get to socialize with your cannabis in public.

It’s the right to assemble.

There’s places all over Europe where I smoked at bars—France, Slovenia, Switzerland. Berlin is so liberal. I won’t name the restaurant, but we smoked inside one day in a fairly posh restaurant.

Publicly traded Canadian cannabis stocks suffered steep losses in the fourth quarter of 2019. How did you react?

I liked it. Half the Canadian companies are bullshit anyway and they’re bad for the long term industry. It’s just a bubble. Stocks were overvalued and there was no profits. The P/E ratios were off the charts. It didn’t take a Rhodes Scholar to figure out.

We’re not the financial industry. We’re the cannabis industry. And all that smoke and mirrors—just capitalizing off of it? I’m not down with it one bit.

I do work with some great public companies up in Canada, but I would say some big ones pulled a fast one on everyone. And they got a lot of assets sold out to them for a little bit of money. A lot of OGs went to work for them.

It seemed like a lesson in taking bad money.

People took anybody’s money. The execs got paid, that’s it. Those are the only ones that got paid. Scam, dude.

That being said there might be a few of them that bounce back. They got hit hard. I liked it. And it hurt me. I lost money from it. I lost clients but I don’t care.

I’m glad they corrected, because real people in this industry, all the private equity companies, the companies that own themselves or have a few owners or whatever—they’re coming. Slow and steady wins the race. You know what I mean?

I see them charging. They stayed focused on the plant, and stayed close to the plant.

So what do you say to the countless regular Joes that want to invest or enter the industry?

I tell those people nothing.

If I do have a good friend that has a certain skill, like they’re a programmer, they make apps, they’re an artist of some sort, I say, ‘Hey, here’s a crossover idea for whatever field there is now.’ But it’s all predicated on, ‘Well, you’re going to have to work your ass off.’

Right? And you should love cannabis. Because you might fail, and you won’t want to have wasted your time.

Exactly, bro. Everyone is all hyped up, but in the end, do they have what it takes? That’s analogous to anything in life. Nobody is ready.

Learn more about the people making cannabis happen in California and beyond at the International Cannabis Business Conference Feb. 6-7 in San Francisco. ICBC SF Tickets go up at midnight Jan. 30 from $499.

David Downs directs news and lifestyle coverage as the California Bureau Chief for Leafly.com. He’s written for WIRED, Rolling Stone and Billboard, and is the former cannabis editor of the San Francisco Chronicle, as well as the author of several cannabis books including ‘Marijuana Harvest’ by Ed Rosenthal and David Downs. He co-hosts The Hash podcast. TW: @davidrdowns | IG @daviddowns