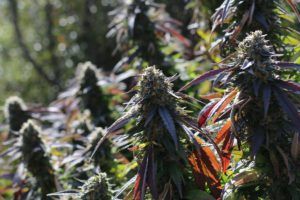 Media coverage of a recent report by a California-based cannabis distribution company has caused rampant confusion and hindered lobbying efforts to accelerate the process for making permanent a wave of temporary grow licenses that will soon expire in the state.

The report that San Francisco-based Vessel Logistics disseminated March 18 claimed overproduction by California cultivators could pose a “systemic risk” to the industry and warned marijuana farmers that wholesale prices could potentially be subject to a dramatic fall.

According to the report, 1,142 acres of state-licensed cannabis cultivation could flood the market with up to 9 million pounds of product, far more than the 1.8 million-2.2 million pounds the wholesale market could allow.

Vessel Logistics’ report was picked up by several media outlets, including The Sacramento Bee, Benzinga, Newsweek and Lost Coast Outpost.

Headlines such as the Bee’s -“California is growing so much marijuana it could crash the market” – raised eyebrows among some in the industry who see the expiration of temporary cultivation licenses as a much larger – and immediate – concern.

“It did some damage to our ability to draw attention to the fact that licenses are expiring,” said Jackie McGowan, a Sacramento-based cannabis consultant.

“That’s the crisis at the moment,” she added. “Not overproduction.”

The author of the report, Vessel Logistics President and Founder Daniel D’Acona, said the media “just took all the headlines of the worst-possible scenarios and put it up there.”

In a phone interview with Marijuana Business Daily, D’Acona emphasized he’s not claiming there will be 9 million pounds of production.

“We’re saying that if everyone is going full bore this whole time and everything entered the market legally, that’s what would happen,” D’Acona added. “Right now, we’re not in a period of oversupply.”

His prediction: In late August or early September, when the mixed-light cultivation operations in Northern California release legal product that’s been tagged through the track-and-trace system, the market will become oversaturated.

“Once you register your product in the track-and-trace system, it gets pretty hard to sell it on the black market,” D’Acona said. “Once these guys have to put it into the system, there will be an oversupply very quickly.”

When the report was released, industry consultants and lobbyists were feverishly working in the statehouse to convince lawmakers to push through Senate Bill 67, which would amend a section of the California Business and Professions Code to extend temporary business licenses until the end of 2019. The measure likely would not become law until the end of May.

Without the extension, SB 67 would provide, thousands of these temporary permits could expire before regulators can approve annual or provisional licenses. As of Friday, licenses that accounted for 406 acres of cultivation had already expired, according to McGowan.

However, the need to pass SB67 could be rendered moot if Gov. Gavin Newsom were to issue an executive order extending the lifespan of all temporary marijuana business permits.

Talk of such an action surfaced Friday, McGowan said, though the governor’s office wouldn’t comment.

“We are hearing reports that the administration has met with some industry representatives and legislators about issuing an executive order to bridge the licensing gap and that this announcement will happen very soon,” she wrote in an email to Marijuana Business Daily late Friday.

If all the firms with temporary licenses obtained annual or provisional permits, the state could face a glut of cannabis, but that’s not likely until 2020, McGowan said.

Lauren Fraser, the Sacramento-based executive director of the Cannabis Distribution Association, agreed, saying her members expect a glut in about six months, but she doesn’t “believe there’s an oversupply at this time.”

According to Fraser, a strong demand exists for bulk biomass – trim or underdeveloped flower – to be made into oil, as well as for retail-ready, top-quality flower.

“Certainly not an oversupply when it comes to that,” she added.

Kristin Nevedal, the Garberville-based executive director of the International Cannabis Farmers Association and board member of the California Cannabis Industry Association, said she’s also heard manufacturers are looking high and low for biomass.

“If (we are) getting contacted by companies who want to meet our farmers looking for biomass, there’s probably a lot of that going on,” she added.

Anecdotally, McGowan provided a range of wholesale prices from retailers in the state who said indoor-grown flower is selling on average for $2,800 a pound, greenhouse-grown for $1,300 a pound and outdoor for roughly $900 a pound.

Josh Drayton, communications and outreach director for the California Cannabis Industry Association, said he recently spoke with a grower who was getting $3,000 a pound wholesale for flower, though he’s heard some growers are fetching as low as $1,800 a pound.

“That’s why this report is hyped up,” he added. “There is fear that we’re going to be dealing with the situation in Oregon and Washington.”

Both states have seen wholesale cannabis prices slide because of overproduction.

One reason it’s difficult to accurately assess the amount of supply in the legal market is California’s track-and-trace system hasn’t been fully implemented.

The state system, known locally as CCTT, went into effect Jan. 2, but only for businesses with annual licenses, of which there are only about 100, with hundreds more still operating on temporary permits.

“It’s really hard to know how much cannabis is viable in the legal California marketplace,” Nevedal said. “We have not been tracking cannabis at all.”

Morgan Paxhia, co-founder of San Francisco-based Poseidon Asset Management, said he’s aware of several choke points in the supply chain, including lab testing and packaging requirements, which lead him to believe the inventory of legal cannabis is constrained.

“We always say to any operator right now if you can produce and get it on store shelves, that’s not the problem,” Paxhia added. “Once you’re on the shelves, it sells. The problem is to be able to consistently get to the shelves.”