Summer is upon us and many people are planning trips to their favorite national parks for an experience full of nature, exploration and breathtaking views. Some cannabis enthusiasts might even be looking for a spot to light up with Mother Nature and enjoy some cannabis in the great outdoors. While consuming cannabis outside can be a lot of fun when done legally, there are certain laws that make cannabis use in national parks a bit of a tricky topic – particularly because all national parks reside on federal land where the very well-established cannabis prohibition laws are still in effect. This means that cannabis remains federally classified as a schedule I substance in every national park, even if you’re in a state with some legalized form of cannabis.

Essentially, when you’re in a national park or on national park property, you’re subject to federal law, instead of whatever more reasonable alternative your state has established and chosen to enforce. Because parks reside on federal property, cannabis is unfortunately illegal in Rocky Mountain National Park – despite lying within the boundaries of one of America’s most cannabis-friendly states, Colorado.

Marijuana is illegal to use or possess in Rocky Mountain National Park and when you enter the park, you essentially leave behind the state of Colorado’s progressive cannabis policies.

There is a persistent myth that park officials in Rocky Mountain National Park do not hand out citations for cannabis use, however, we cannot verify these claims and certainly do not recommend breaking federal law at any time. What we can say is that while the number of citations for cannabis in Rocky Mountain National Park is relatively low, they certainly are issued.

Let us assume we are discussing amounts of cannabis for personal use, and not large quantities of product. Federally, cannabis falls under the purview of the federal Controlled Substances Act (CSA). This is the piece of legislation that outlines drug scheduling and all related laws. If caught using or having cannabis in a national park, the minimum likely applicable charge would then be “simple possession.” As outlined in Drug Offenses: Maximum Fines and Terms of Imprisonment for Violation of the Federal Controlled Substances Act and Related Laws, a violation comes with a fine of not less than $1,000, and up to 1 year in prison. 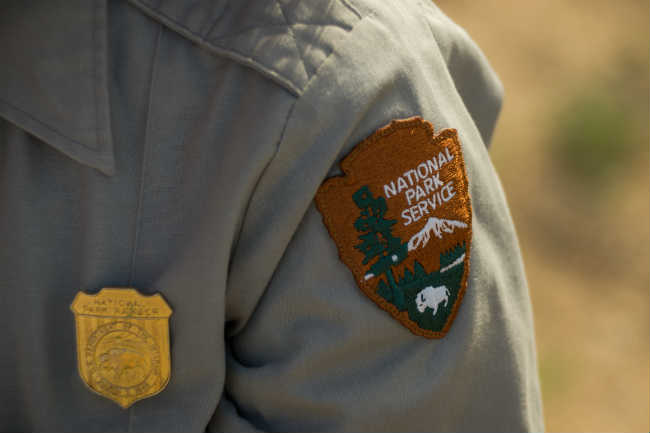 It’s not worth the risk. Help Park Rangers out and refrain from using cannabis in national parks! photo credit

Though this is likely the steepest offense one would face, it does not mean it is the only one possible. Citations can stack, meaning that in addition to this federal offense, you can receive extra charges on top of it. Smoking and open fire bans in effect may apply, or collateral charges for possession by individual agencies like the Bureau of Land Management may be taken into consideration. A simple joint may wind up being the most expensive weed you’ve ever smoked.

It is highly (no pun intended) recommended to follow all federal law while visiting a national park as the risk of legal penalty is not worth the reward. And for anyone who thinks they can get around the law, the National Parks Service makes their stance very clear, “Possession or use inside the national park is prohibited. While Colorado provides for regulated possession and use of marijuana it remains an illegal drug under federal law, enforced within the park.” If you really want to enjoy the effects of cannabis during your visit to Rocky Mountain National Park, stay on the right side of the law and get high legally before entering the park.

While it is possible to get off with a simple warning, no one should count on this being the situation for getting caught with marijuana in Rocky Mountain National Park. Remember, park personnel are federal employees, beholden to federal laws and have the power to enforce federal penalties against you. On top of that, national parks are facing some of the most devastating fire conditions in history, leaving park officials on-edge at the prospect of open flames. 2018 set multiple records for forest fires, many of which were manmade. Even the artic circle saw forest fires. Rocky Mountain National Park had several fires in the past year as well. In the face of millions of dollars of potential damage and irreparable devastation to wildlife and habitat, your desire to get a little stoned while looking at already stunning natural wonders is unlikely to garner much pity. That’s why it’s better to avoid the unnecessary risk and hassle to park workers by utilizing one of the many options to legally enjoy Rocky Mountain National Park with cannabis. 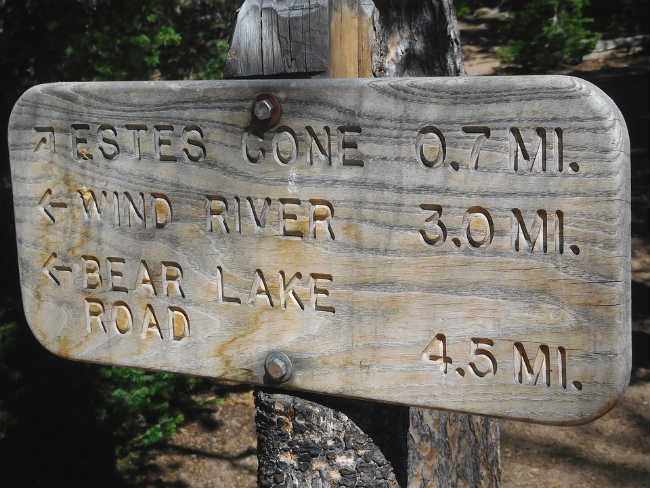 Always stay on the trail when consuming cannabis on a hike, you don’t want to risk getting lost! photo credit

Hikers looking to enjoy the natural wonders with cannabis can consume in cannabis-friendly rentals before hitting the trails. Or, if you have a friend that lives in a neighboring area like Estes Park, swing by their place for a quick session. Remember, cannabis lasts an average of two hours when smoked, and four to six hours when eaten. There are more than a few easy trails in Rocky Mountain National Park that can be completed in this time frame. The delayed onset and long duration make edibles an ideal pre-trail companion, and many companies have formulated healthful, energy-packed products to cater to the active stoner set.  Fruit and nut bars such as Julies Naturals are just one example.

When hiking unfamiliar terrain though, always err on the side of caution. It is easy to become lost or disoriented in the woods even without cannabis as a factor, and cliffs or other rough topography can be treacherous when not in one’s normal mental state. Be sure to always plan ahead and read up on your desired trail before embarking. Whatever you do, don’t consume cannabis in the park. Just remember the timeless advice of Paul McCartney, as echoed by TLC, “Don’t go chasing waterfalls; smoke cannabis in the legally safeguarded places that you’re used to.”

Do you have any tips for cannabis consumers planning a visit to Rocky Mountain National Park? Share them in the comments below!

How Long Should You Heat Your Nail or Banger Before a Dab?