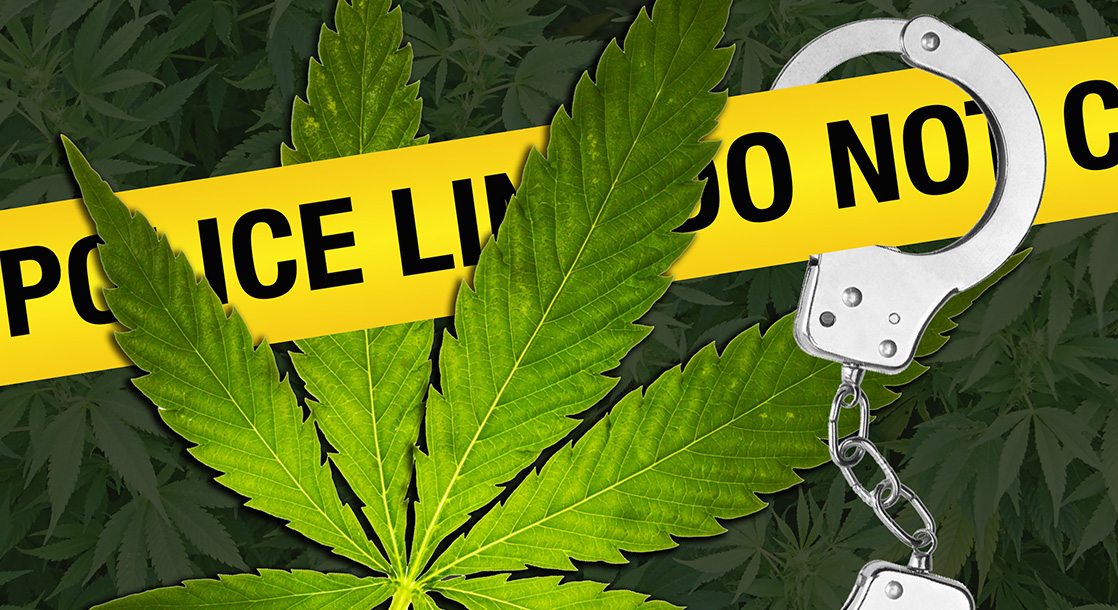 Police officers from the FBI, DEA, ATF, and a number of local Colorado authorities descended on a slew of houses across the Denver metropolitan area this week, executing large-scale black market cannabis raids where authorities netted truckloads of illicit pot.

Cannabis may be legal in Colorado, but running an unlicensed grow house packed with hundreds of flowering plants is a few steps outside the purview of Amendment 64. And on Wednesday, that’s exactly what local cops and their federal law enforcement counterparts found.

Authorities did not immediately state the exact number of houses that were raided, but with sting operations carried out in Denver, Aurora, Castle Rock, Parker, Centennial, Brighton, and Arvada — and hundreds of plants found at each house — police estimate that their total haul was worth more than $3 million in weed if sold out-of-state.

And while special agent Reuter claimed that black market cannabis grow houses “in general have been linked to burglaries, robberies and even murders,” the neighbors of one raided house in Aurora saw things a little differently.

“It doesn’t really bother me because they’re so quiet,” Aurora resident Joyce Menard told the Post. “They’re extremely peaceful. You wouldn’t even know what’s going on.”

But no matter the neighborly noise limits observed by the illicit growers, the Denver area raids are a sign of the times, with state and federal authorities across the legal weed landscape ramping up enforcement activity against cannabis operators skirting local laws. In California, for example, Governor Gavin Newsom recently tapped the National Guard to help weed out bad actors in the Golden State’s famous Emerald Triangle.

Neither local or federal authorities in Colorado have announced if any arrests were made alongside the thousands of confiscated plants during Wednesday’s raids. We we’ll continue updating this story as we learn more.