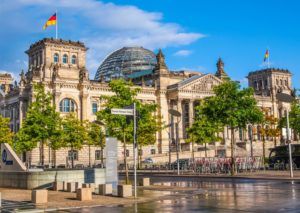 More than 750 kilograms of medical cannabis flower was imported to Germany in the first quarter of this year, putting the country on pace to import about the same amount in 2019 as it did last year – 3,000 kilograms.

This is according to new data from the government, providing clarity on the actual size of a market that is a linchpin for many international marijuana companies.

The German government’s details about its medical cannabis framework are in response to parliamentary queries that also shed light on the future of the program and Canada’s role in it, as well as preliminary results of an ongoing survey of patients’ use of medical marijuana in Germany.

Preliminary data also sheds light on the demographics of medical cannabis users in Europe’s largest market, with residents between 50 and 59 years of age having the most patients receiving prescriptions.

The federal government confirmed in replies given to Parliament in April and May that the Federal Institute for Drugs and Medical Devices (BfArM) – the medical cannabis regulator – does not seek to limit the quantity of medical marijuana imported into the country.

As long as certain regulatory requirements are fulfilled, there is no cap on how much a company can request to import.

In its replies to parliamentarians, the government clarified that they allow the importation of cannabis from any country that regulates the cultivation of medical marijuana under a federal scheme as long as it is in accordance to Arts. 23 and 28 of the 1961 Single Convention on Narcotic Drugs.

In addition, there are quality requirements regulated by individual German states.

Cannabis imported to the country must be of pharmaceutical quality, which in practice means that EU-Good Manufacturing Practice (GMP) certification is a requirement.

Germany’s federal government confirmed that Canada’s legalization of adult-use marijuana in 2018 does not jeopardize imports so long as Canada maintains an internationally compliant and independent medical system separate from its recreational framework.

That means – other regulatory requirements notwithstanding – Canada-based companies can expect to continue to export into Germany, where they mostly compete with Netherlands-based Bedrocan to carve out market share.

The German government also assured that companies will still be allowed to import medical cannabis even after the country initiates its domestic cultivation program.

According to data released by the government, nearly 130,000 units of Sativex have been imported in the first quarter of this year.

The following table shows how much cannabis was imported as of March.

The federal government could not provide clarity on the following:

On the legal status of cannabidiol oil, the federal government said that if sold as medicine it can only be done under prescription and in compliance with the German Medicinal Products Act. If sold as food, businesses need pre-marketing approval because CBD is included in the EU catalog of “novel foods.”

As of now, however, no CBD oil has been authorized as food.

The BfArM published the preliminary results of a survey (Begleiterhebung) on the medical market, based on information provided to them by doctors treating patients with cannabis.

Some key findings include:

In the case of pain patients:

The survey includes data on 4,774 patients. The total current number of patients in Germany is unknown.

For the study, doctors are expected to report data to the BfArM one year after starting treatment, or whenever treatment is interrupted.

“It’s hard to tell how representative of the total patient population this sample is. While many doctors take this seriously, others might report only after treatment is interrupted and not exactly one year after starting it,” Witte said.

“Unlike clinical trials, data validation is not possible.”

New preliminary results are expected next July. The study will continue until 2022.

The products included in the study are:

“Certain trends of the published data are coherent with findings from other sources, e.g. that chronic pain is the main diagnose to prescribe medical cannabis in Germany,” Witte said.

“Other results are quite surprising and not in line with previously published data: e.g. more than half of prescriptions were made by anesthesiologists, while GPs prescribed less than 20%.”