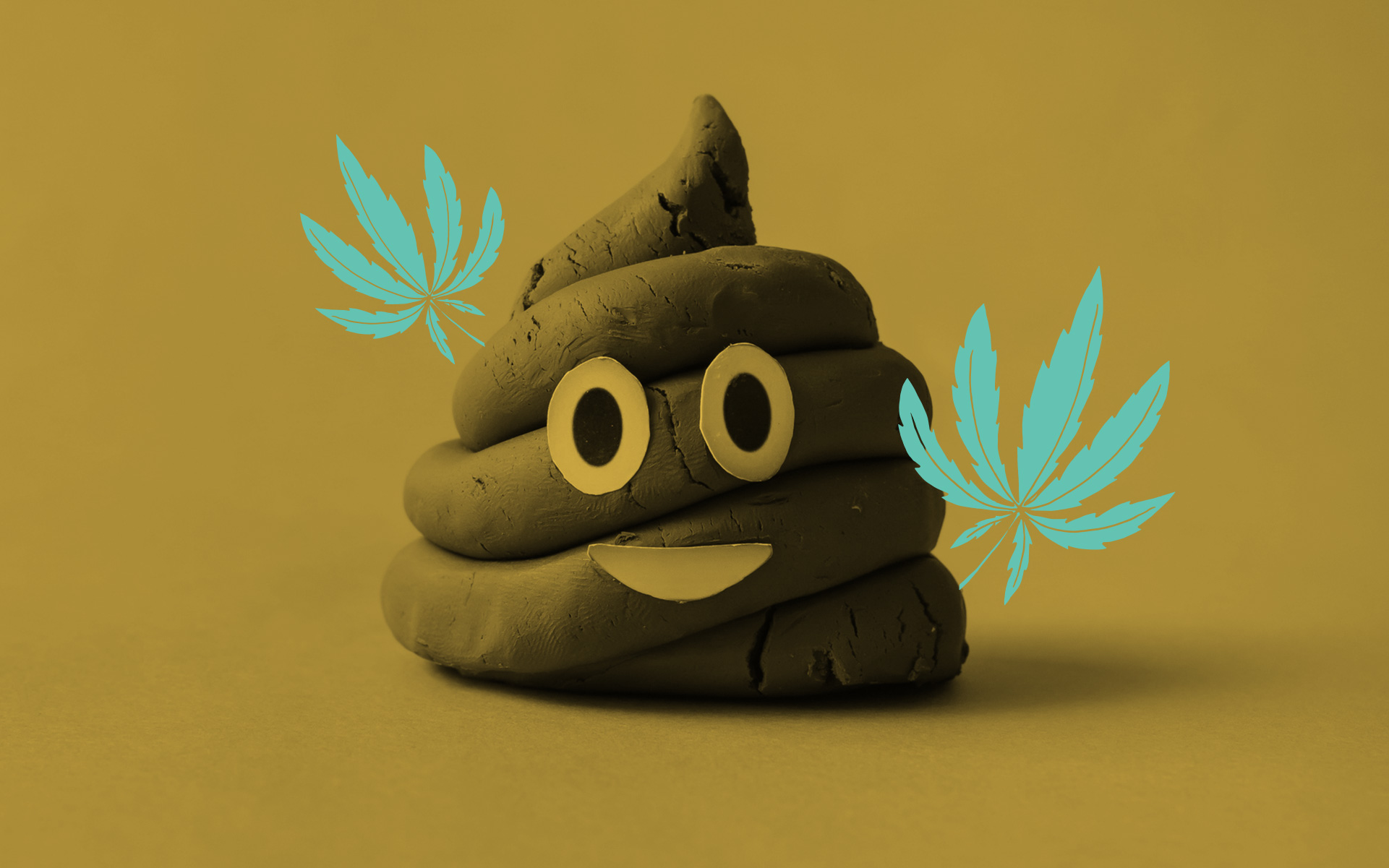 If you sampled some of the local hash last month at Spannabis, Spain’s annual cannabis festival, and came away feeling in less than tip-top health, we have news you can use.

Spanish researchers who recently analyzed 90 samples of hashish acquired in the Madrid region found that 75% of the hash nugs were contaminated with human feces. So if you’re smoking hash in Spain, there’s a good chance you’re inhaling some nasty shit. Literally.

In the latest edition of the journal Forensic Science International, scientists from two universities in Madrid reported that nearly 90% of the hashish samples they tested were unsuitable for human consumption. Most (75%) of the samples were contaminated with E. coli bacteria, which is a scientist’s way of saying they contained human poo. It wasn’t just a trace amount, either. The contaminated samples all contained levels of the bacteria higher than the maximum allowed by United States and European Union standards. The poop taint so permeated the hash that 30% of the samples actually “had fecal odor,” the researchers wrote.

That’s not all. Ten percent of the samples contained high levels of Aspergillus fungus, which can lead to pneumonia and serious health complications for people with weakened immune systems.

How Did This Happen?

Hashish is pressed cannabis resin. (For more on hash, see Leafly’s full explainer here.) Morocco, Spain’s southern neighbor, is the world’s top producer of the illicit product. It’s only a nine-mile water crossing from Tangier to southern Andalusia, and most of Europe’s illegal hash moves from Morocco through Spain for distribution throughout the EU.

Large quantities of that product are pressed into bricks. But smaller portions often move as two-inch-long pellets, known as acorns, that resemble very large mouse droppings. And those acorns are smuggled internally, if you get my meaning.

“Acorn samples are commonly transported inside the digestive system,” the researchers noted, “which might explain the fact that contamination by E. coli was especially significant.”

A Byproduct of Prohibition

Spain’s poop weed is a prime example of a public health hazard produced by cannabis prohibition.

Hashish and other extracted cannabis products are commonly available in legal markets in the United States, including California, Massachusetts, Colorado, and Washington. In those states, strict regulations require retail products to be tested for a variety of contaminants. Batches that fail the test are diverted from the market and destroyed.

Those legal, regulated markets also require manufacturers to produce cannabis products in sanitary environments. Finished batches are tested, sealed, labeled, and transported in secure trucks rather than in the digestive tracts of human beings.

Not Funny When You Get Sick

Poop jokes aside, the ingesting or inhaling any product contaminated with E. coli or Aspergillus can lead to seriously harmful health conditions.

Ingesting E. coli can cause nausea, diarrhea, abdominal cramping, vomiting, either separately or in combination. In extreme cases, E. coli contamination has led to severe illness and death. In 2018, romaine lettuce contaminated by the bacteria sickened more than 200 people in the United States and led to five deaths. Heat kills most but not all E. coli bacteria—which is why it’s more likely to be ingested via undercooked, but not well done, hamburger meat.

The bacteria can easily be transferred by fingers handling the contaminated hash, then the pipe mouthpiece.

With regard to hash, the bacteria can be easily transferred by a person’s fingers from the sticky hashish to the mouthpiece of a pipe. And in some cultures, hashish is more likely to be stirred into a beverage and consumed without the application of any bacteria-killing heat.

Aspergillus is a common mold. Most people inhale tiny portions every day without getting sick. People with compromised immune systems, however, are at risk of developing lung diseases from the fungus.

It’s unclear how the fungus is affected by vaping or combustion. Though there are no clinical studies that address the question, combustion happens at 451 degrees F, and the upper limit of Aspergillus survival is about 140 degrees F. A number of troubling reports emerged from California in 2017, however, that made researchers question whether cancer patients who inhaled medical cannabis contaminated with fungi—and later died—were seriously harmed by the tainted cannabis. (Chris Roberts investigated that issue for Leafly in this feature article.)

“Consumers believe that [Aspergillus] contamination does not contain any risk because they inhale smoke after combustion,” the researchers noted. But as a consumer inhales the combusted hash smoke, the airstream can pick up bits of Aspergillus as it travels through the uncombusted hash, effectively riding the smoke deep into the lungs.

Fungi and bacteria weren’t the only adulterants found in the Spanish hash. Researchers discovered that 13% of all samples contained vegetable debris and bits of hair. None of the hash samples had been spiked with other drugs—cocaine, amphetamines, or opiate derivatives—or with glass or talcum powders.

The only other adulterants found were glucose, sucrose, and pine resin, which are commonly added to hash to keep it moist and give it a shiny, sticky appearance.