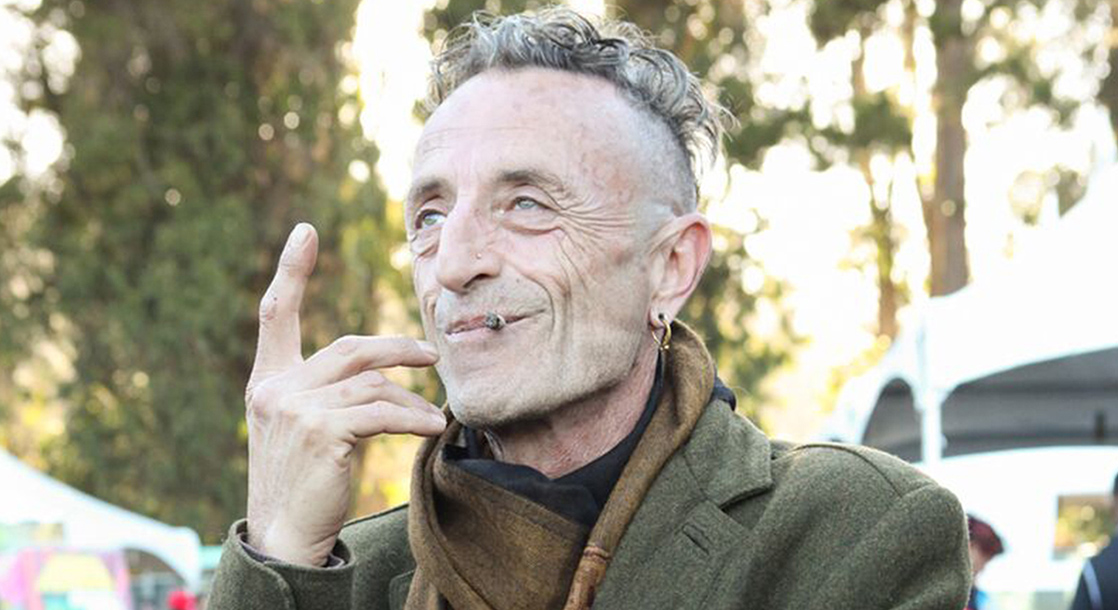 Unless you haven’t been paying attention, concentrates are all the rage in today’s legal cannabis market. New extraction techniques and a myriad of new products have appeared and garnered the attention of the industry and consumers. But one craftsman, in particular, has eschewed modern techniques and instead relies on the centuries-old tradition of hash-making. The original cannabis concentrate, hash is rich in cannabinoids and terpenes that simultaneously taste floral and spicy and will leave nerve endings buzzing from head to toe.

That craftsman is Frenchy Cannoli, a man who’s spent decades traveling the world learning hash-making traditions in different parts of the world. His dedication to the craft has allowed him to create a top-quality product in small batches from Emerald Triangle flowers at peak ripeness. His work originally gained attention through a partnership with medical marijuana dispensaries in the pre-Prop. 64 California market. And with hash bars at international cannabis events, a social media presence chockful of how-to videos and hash porn, and a series of instructional seminars, he’s created a legendary eponymous brand that will launch in California’s adult-use market this summer.

Growing up in the sun-soaked town of Nice on the Mediterranean coast, young Frenchy Cannoli yearned to explore the world beyond his native France. As a boy, he had to limit his voyages to his imagination, fueled by the action he found in literature.

“I always wanted to travel when I was a kid,” Frenchy reveals in an interview with MERRY JANE. “I was reading lots of adventure books and my heroes were weird people like [19th Century British explorer Sir] Richard Burton or a French guy called Henri de Monfried, who was from a pretty rich family in France in the early 1900s. He went to the Red Sea. He built a local boat with local people there and he stayed at the Red Sea for 25 years, diving for pearls and smuggling guns and hashish. I was [around] 12-years-old. But I loved the adventure of that guy.”

As a young teenager in the early ‘70s, Frenchy’s initial experience with cannabis gave direction to his wanderlust.

“Then, when I smoked my first spliff, I was tasting and smelling and experiencing parts of the world that I wanted to visit,” he says. “And I couldn’t wait to be 18 and to travel. And I dedicated my first 18 years of my adult life to traveling. That’s all I did.”

In Europe at that time, cannabis was predominately consumed in the form of hashish imported from abroad. Once on the road, Frenchy led a nomadic life exploring countries with a hashish producing culture including Morocco, India, Pakistan, and Nepal, where he met his American wife of 40 years, Kimberly — aka Madame Cannoli. 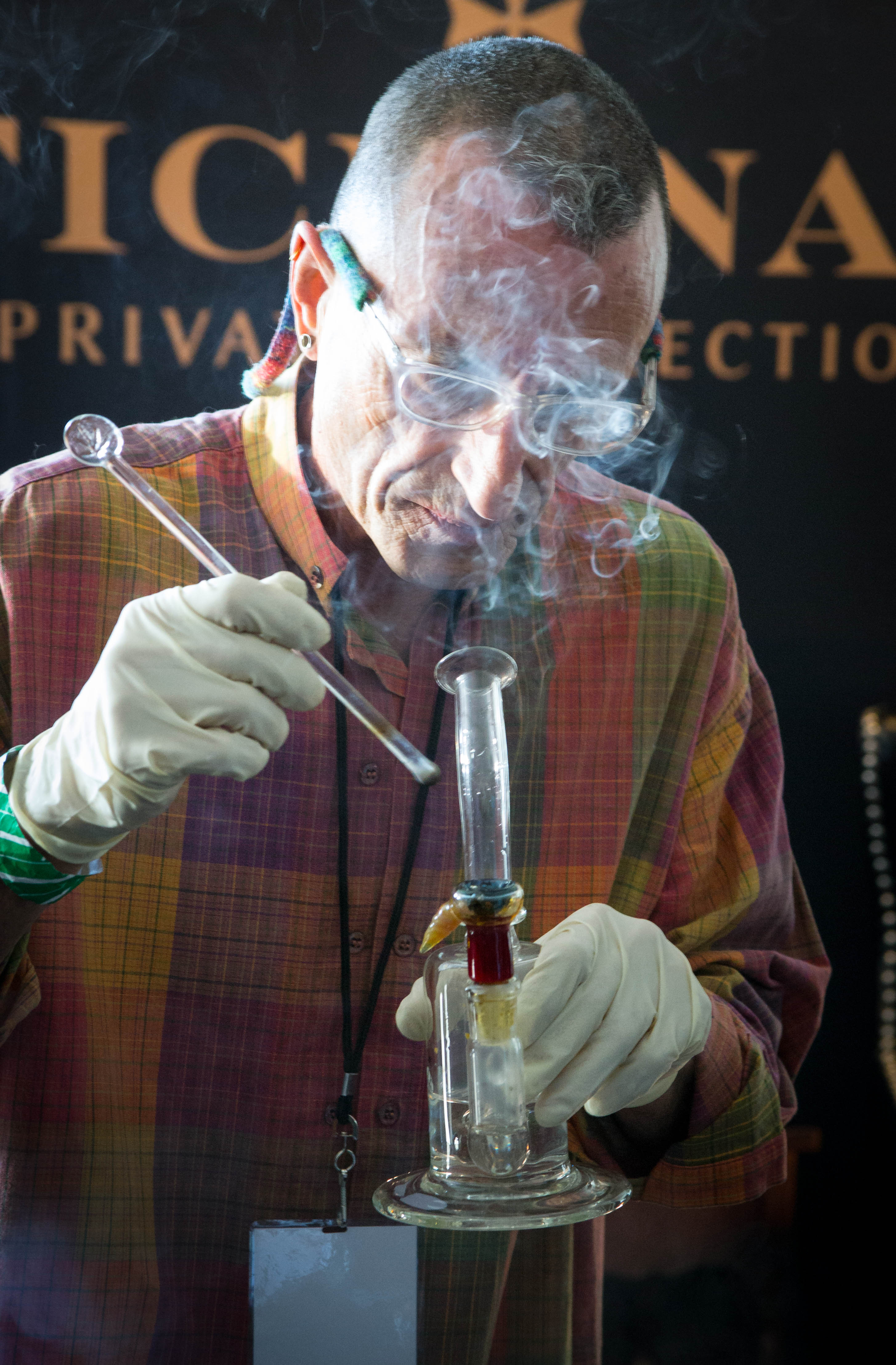 During his travels, Frenchy spent time learning the traditional methods of making hash in each region he visited. In India, for example, the flowers of live plants are massaged and caressed until the hands are covered in sticky resin. Collected and shaped into balls or logs, a form of hash called charas is produced. In other regions, hash is usually created by employing some sort of sieving tool to separate trichomes from plant material. It was while living and working in close company with hash artisans that Frenchy picked up his typical but endearing nickname.

“People call French people Frenchy left and right,” he explains. “So, I’ve been called Frenchy for a long time. But in America, it went further because I needed a nom de guerre.”

Frenchy and Kimberly eventually settled in Northern California to raise their daughter, putting an extended but temporary halt to his hash-making endeavors. But once she had grown and left the nest, Frenchy began producing hashish for California’s Prop. 215 grey market. Soon, he became known for fashioning his hash into the shape of a popular Italian dessert, inspiring the surname for his alias.

“So, everybody was calling me Frenchy and I thought, Superb, it’s fine,” he remembers. “And then, at that time, when I pressed my resin, I put it in the cannoli shape. And that made some friends love it a lot and I thought, Oh, wow, Frenchy Cannoli, it’s perfect. And I’m actually half-Italian half-French anyway. My roots are Italian, too.”

Despite his craftsmanship and traditional methods, Frenchy at first had a hard time convincing people to buy his hash. Kimberly, who joined Frenchy for our interview, explains that patients were used to more modern cannabis concentrates such as BHO and wax.

“You have whole generations of young Americans, probably anybody under 40 [years-old], who don’t even know what traditional hash is,” says Kimberly. “I can’t tell you how many people today come by and I say, ‘We made traditional hash.’ And they go, ‘Oh that’s nice. What is it?’”

Frenchy adapted to the reluctance to buy his product by giving it away for people to try, and he soon won converts to his craft. He started selling to medical marijuana dispensaries, and his company, Frenchy Cannoli Brand (100 percent Ouh La La!), has successfully migrated into the post-Prop. 64 regulated cannabis marketplace. 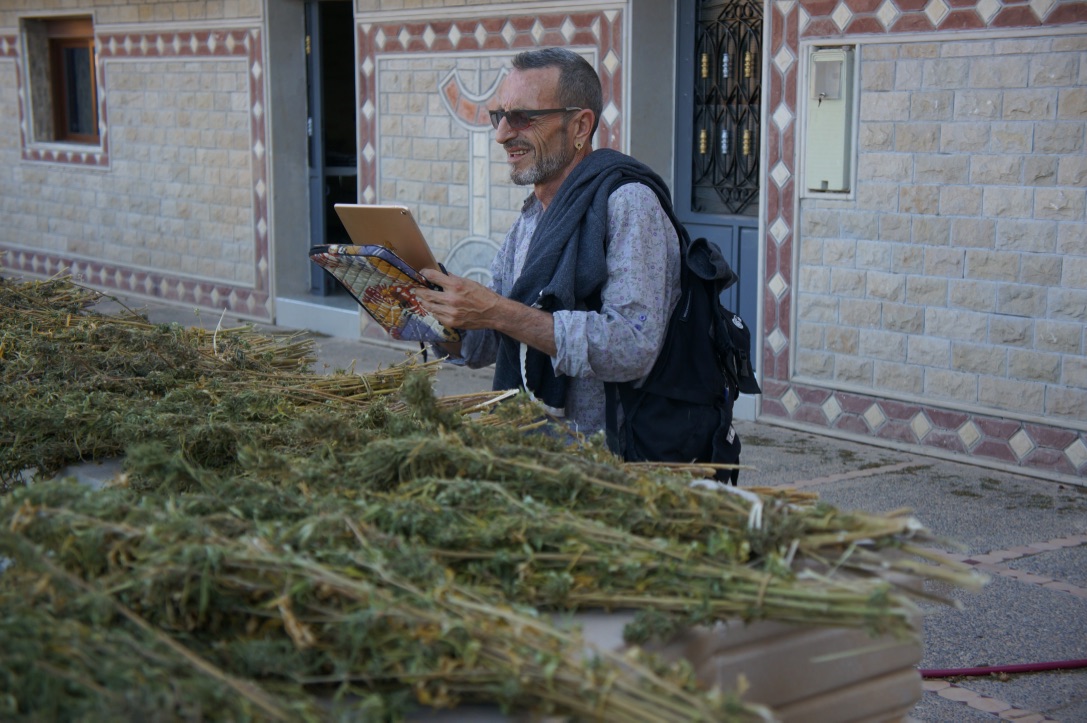 Frenchy’s now famous ice-water hash V.S.O.P. Temple Balls will be available in a choice of six strains at California MedMen dispensaries beginning in July. Before striking a deal with the controversial cannabis powerhouse, however, Frenchy let the company know he wanted them to also purchase flower from his suppliers, the small farmers of the Humboldt Lost Coast collective Uplift.

“For me to be successful you have to help me support the small farmer — and I work only with small farmers,” Frenchy says. “It’s very simple. You want a piece of me? This is the deal.”

Frenchy explains why he is so passionate about supporting the growers of the sun-grown cannabis that he uses to produce his premium hash.

“I am like a winemaker,” he says. “The quality of what I do is defined by the farmer.” 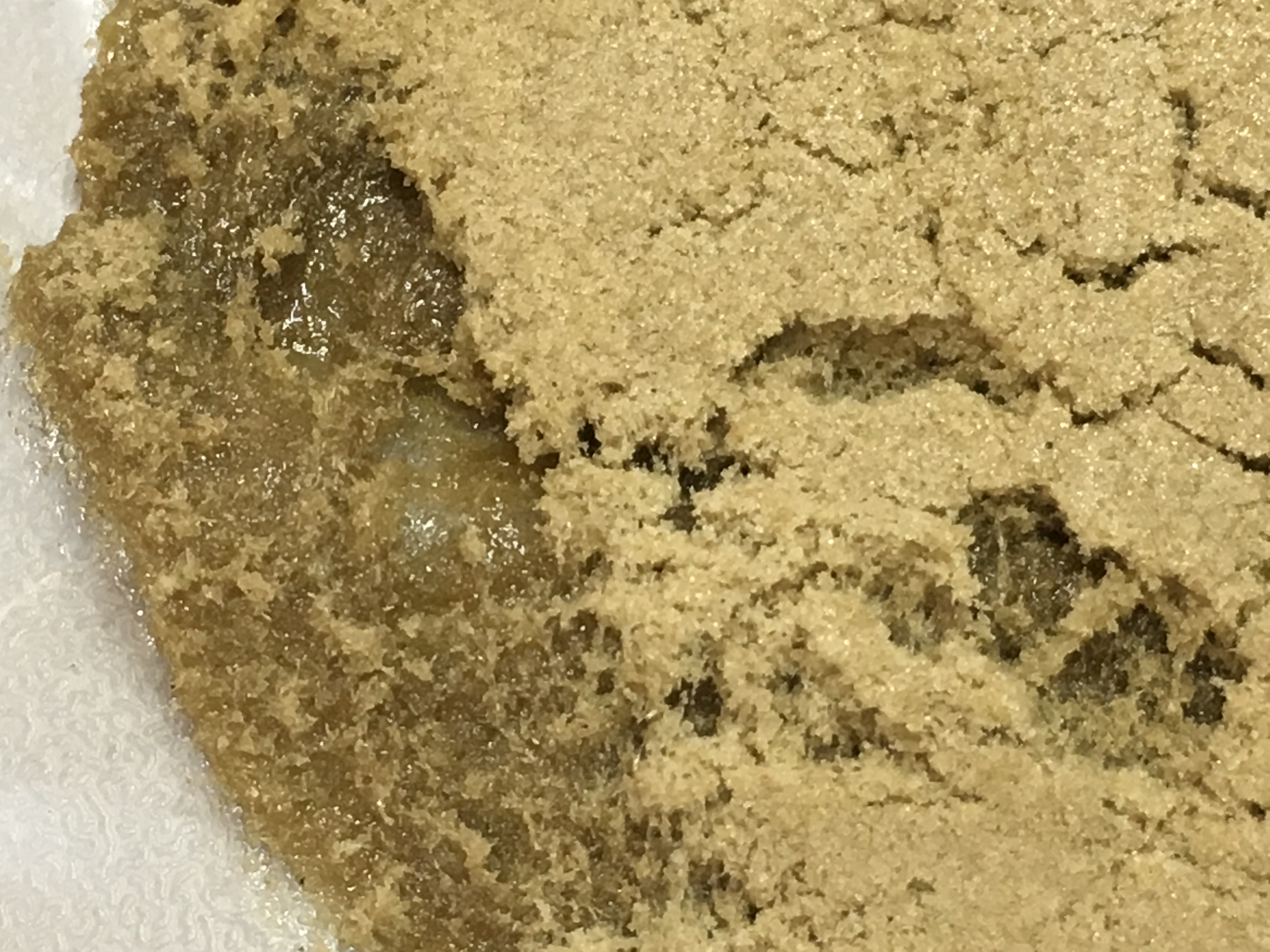 Kimberly says that the company also strives to recognize the people who fought on the front lines of the cannabis legalization effort and paved the way for companies to come out of the underground and operate legally and openly.

“We’ve also had a strong sense of giving credit to Jack Herer and [Dennis] Peron and the other AIDS activists,” she notes. “That was something that touched us because we had many friends in the ‘80s who died from AIDS. It was such a devastating thing for all of us. And we were so impressed when we came to California to know that it was those activists who actually opened all this up for us. Because we weren’t activists, we were underground.”

Kimberly says that is humbling to think about the struggles that people endured so that she and Frenchy can have the life they have in California.

“And so that sense of, wow, what people did before us so we can have the lives we have now,” she says. “It’s been really humbling because when you’re in a producing country, you kind of forget the struggle. Although, we didn’t forget how bad it was in France when we were living there because society really treated cannabis consumers like we were some kind of pariah. We were almost like murderers or something.” 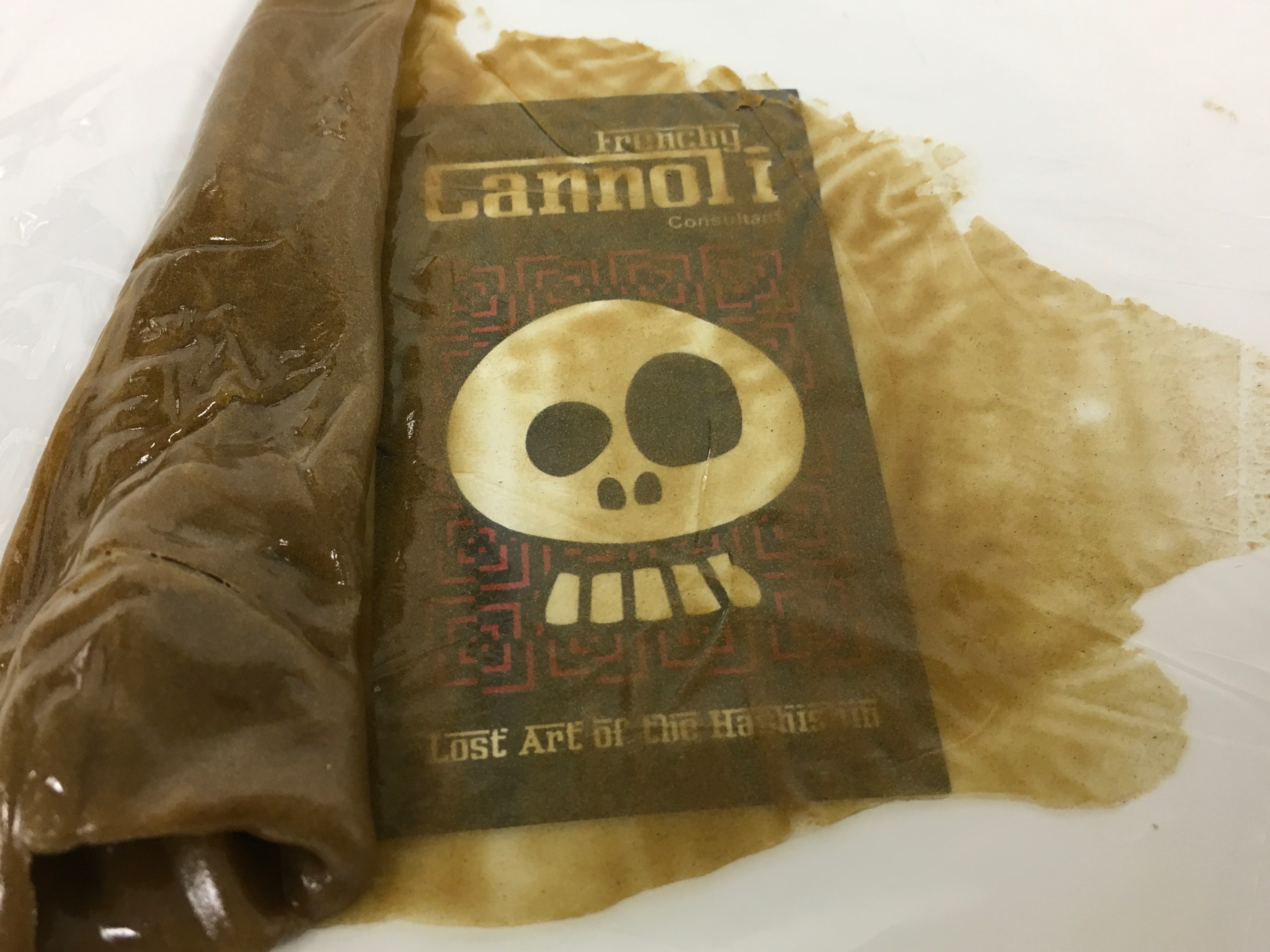 After spending many years as a student of the hash-making cultures, Frenchy now sees it as his responsibility to share the knowledge he’s gained with a new generation of artisans. He freely shares his techniques to make top-quality ice-water hash on YouTube, and since 2015 has been offering “Lost Art of the Hashishin” workshops at locations around the world. At the one-day workshops, Frenchy shares what he’s learned, including making “every mistake for people to see” and how to correct them.

Before Frenchy started giving workshops, however, Kimberly tasked him with studying the existing scientific research on cannabis to validate the “science behind the tradition.” It’s an ongoing education, and Frenchy and Kimberly make a point to share what they learn with students and graduates.

Although he’s now attained international cannabis celebrity status and is widely considered to be the premier maker of traditional hash, Frenchy is clearly not competitive about his evolving craft.

“It’s not about being the best,” he insists. “It’s sharing my years of knowledge of something that has been really precious all my life. With the next generation, you can bring the game further. I want them to become better than me. It’s like the goal of all these people that I’m teaching. I will mentor you until you’re bigger and better than me. That’s what I really want.”

You, too, can learn the art of making fine hash firsthand from Frenchy, who will be offering his workshops at European events in Luxemburg, Spain, and Amsterdam in July. He returns to California for a Coachella edition of the “Lost Art of the Hashishin” in August.