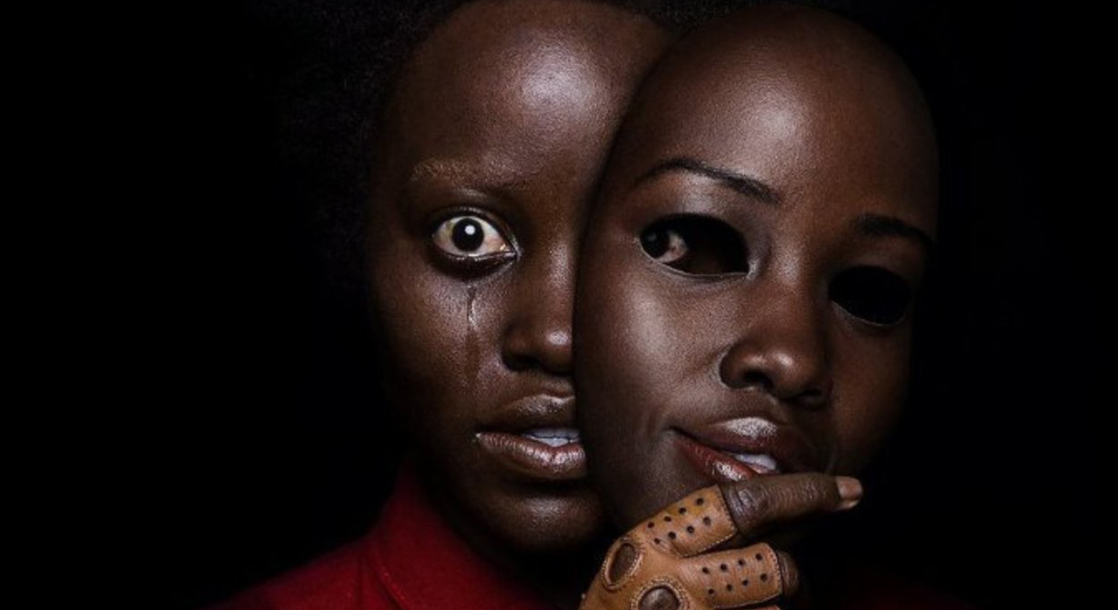 Multiplexes are ablaze with Us, Jordan Peele’s hair-raising follow-up to his righteous horror landmark Get Out. Netflix raises all manner of hair-metal hell with the Mötley Crüe biopic, The Dirt, and busts guts by busting out Amy Schumer’s stellar new stand-up hour, Growing. The skull-slamming crime flick Dragged Across Concrete debuts on Amazon and iTunes, too.

Vintage cult faves arrive in the form of the psycho giallo horror Strip Nude for Your Killer and the slasher parody Wacko. Electrifying eclecticism dominates new music by way of fresh drops from Lil West, Tamaryn, and Ibibo Sound Machine.

As one half of comedy duo Key and Peele, Jordan Peele was already a hemp-friendly hero when he literally shocked humanity in 2017 by writing and directing the instant horror classic, Get Out.

After taking home a Best Original Screenplay Academy Award for that game-changer, Peele apparently decided he wasn’t done terrifying tokers (along with everybody else) and now he’s back with another fright fest — Us.

Lupita Nyong’o stars as Adelaide Wilson, a loving wife and mother who brings her family to visit the beachfront home where she grew up. What should be an idyllic vacation turns into a heart-stopping mind fuck once sinister neighbors remove their masks and take on the appearance of the Wilsons themselves.

So pack a pipe with the most paranoia-igniting strain you’ve got, fire it up, and let Us push you to the point of horror at its most high.

In the new stand-up special, Amy Schumer: Growing, the outspoken funnywoman is hugely pregnant and hilariously not happy that she hasn’t been able to get high for the past few months as a result. In addition to the expected onslaught of killer wisecracks and pummeling punchlines, Amy also gets emotional talking about impending motherhood and how her husband, chef Chris Fischer, is on the autism spectrum. Light up and draw deep for Amy since she has to wait until that baby is born!

The 2017 HBO documentary Mommy Dead and Dearest brought to light the bizarre, literally sickening case of a mom with Munchausen syndrome by proxy who poisoned and injured her healthy daughter for decades for attention — until the daughter homicidally struck back. If you didn’t watch it while high, you definitely needed to get high afterward.

Forget any previous concepts you ever had regarding the extremes of “sex, drugs, and rock ‘n roll.” The Dirt, Netflix’s highly anticipated (in every sense) adaptation of the legendary 2001 memoir about superhumanly decadent ’80s hair metal superstars Mötley Crüe, blasts apart even the most outrageous expectations and delivers a get-wasted good-time movie for the ages.

With Dragged Across Concrete, Zahler sets out to splatter the limits of the buddy cop formula, casting Vaughn and Mel Gibson as strong arm detectives who get booted from the force and have to find other means to make a living — while maximizing their street smarts and savage tactics.

Let loose in the criminal underworld, the two anti-heroes go berserk, and Dragged Across Concrete explodes into a gory, outrageous exercise in over-the-top outlaw insanity. It only makes sense, then, to watch it while ingesting substances that, in some backward places, still remain illegal.

After ending its initial run all the way back in 2013, the sci-fi/mystery series The OA has continued to intrigue viewers and stir debate to the point that Netflix has surprised many by suddenly revealing an entire new season — and endless new potential questions to ponder over while puffing away to the action.

Brit Marling stars as Prairie, an otherworldly-seeming woman who made it through a near death experience (NDE) that may have tipped her off to the secrets of the universe. After being teamed with other NDE survivors, Prairie used powers she didn’t know she had to improve humanity—and then she may have transported to another planet, ascended to a higher plane of reality, or collapsed into total madness.

Season 2 of The OA reveals the truth straightaway (or does it?) and then continues to spin a saga of mind-melting intricacy that goes well with marijuana accompaniment.

The Italian horror genre known as giallo typically follows masked killers as they gorily slaughter victims with high style, while dedicated sleuths, amateur or otherwise, set to catch them — also with high style.

Giallo films launched psychedelic fright maestros on the order of Dario Argento (Suspiria), Lucio Fulci (Zombie), and Andrea Bianchi (Burial Ground), the last of whom bolted for the genre’s screaming peak of perversion with Strip Nude for Your Killer — a shocker whose entertaining excesses are as subtle as its title.

European glamour model Edwige Fenech stars as a photographer working for a Milanese fashion house when a murderer in a motorcycle helmet takes to massacring the industry’s top talent. An explosion of sleaze ensues, with Edwige pursuing the assailant amidst a whirlwind of kink, corruption, blow-up sex dolls, and completely over-the-top on-camera carnage. Be sure to have a lot of smokable green on hand as you watch the screen repeatedly go red.

As early-1980s slasher horror peaked in the initial wake of the Halloween and Friday the 13th franchises, a number of big-screen parodies arrived to send up the genre. Wacko was always one of the funniest examples and now, thanks to the preservationists at Vinegar Syndrome, you can try not to cough out your bong hit due to laughter in the miracle of high-definition Blu-ray.

As the very definition of a comedy that’s so stupid it’s dope, Wacko boasts a pumpkin-headed killer whose weapon of choice is a lawnmower, ’70s movie tough guy Joe Don Baker starring as a mess of a detective you have to hope is stoned, and the on-screen debut of Andrew Dice Clay’s “Diceman” persona, who here is named “Tony Schlongini.” In all, Wacko is utterly worthy of your finest wacky tobacco.

“Doko Mien”
By Ibibo Sound Machine
Get It: Merge Records

The glorious sonic experiences unleashed by contemporary electronic afro-funk overlords Ibibo Sound Machine both propel and guide the listener through joy and mourning, bliss and panic, life and what lies beyond. To deem it a trip is to perhaps downplay the journey, but the invocation of all things psychedelic is eminently appropriate.

On Doko Mien, Sound Machine vocalist Eno Williams emotes randomly in English and the Nigerian language Ibibo, while the instrumentalists similarly combine ideas and influences from all over the globe. The sound is both elemental and technological — a perfect jumping off point for your brain to open wide for proper hallucinogenic enhancement.

“Dreaming the Dark”
By Tamaryn
Get It: Bandcamp

Tamaryn’s new album — which MERRY JANE discussed with the artist in an interview earlier this week — may be titled Dreaming the Dark, but the swirling, ethereal, transcendent notions and emotions conjured by this inherently mystical singer-songwriter actually dream in every color, shade, and tone that’s ever been imagined… And more than a few that leap to life for the first time right here. Soaring vocals, left-field percussion, profound grooves, and inner-space exploration all make Dreaming in the Dark a journey of infinitely weed-worthy wonders.

With Vex Part 1, Lil West fires on all cylinders, blasting out a seven-track EP that jumps genres, mixes inventive beats with deft melodies, and shoots for the heart with honest, open lyrics while never skimping on impressive rhyme schemes. The single, “No L’s,” featuring Yung Bans, is as dope a place as any to light up and start listening — and it’s all hella dope.