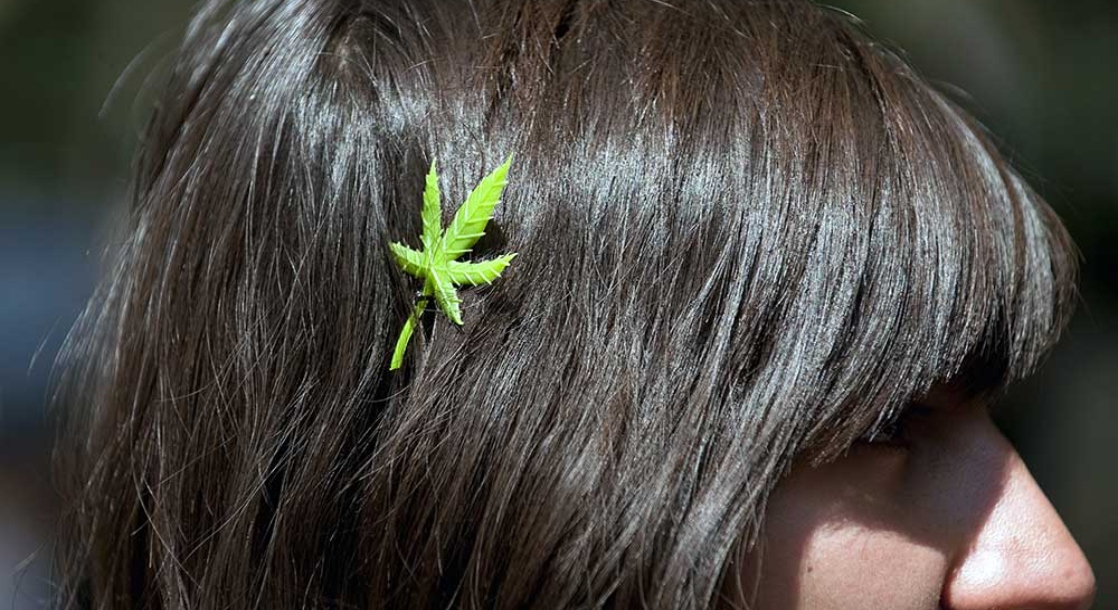 Most of us have pissed in a cup so an employer — or worse, a court — can see if we smoked weed. But one of the most dreaded drug screenings is the hair follicle test, which is said to be highly accurate and offer a long window of detection. In some instances, hair tests can detect THC in samples up to a year after someone last blazed.

But how long does weed actually stay in the hair, on average? And if you know that a follicle test is coming, is there a way to beat it?

How Weed Gets Into Your Hair

Hair follicle tests use small hair samples, typically 1 centimeter in length, to find traces of THC or THCA, the intoxicating components of the marijuana plant. THC can end up in the hair one of two ways: through oily excretions on the smoker’s skin or by second-hand contact after the hair gets exposed to weed smoke.

The first scenario, where a person’s own skin oils transfer THC metabolites from the blood to the hair, can lead to reliable detection of past cannabis use. Why? Because THC is fat-soluble — meaning it absorbs through fat, not water — and an individual’s metabolism plays a big role in how long THC remains in the body (and how much ends up in the hair). Those with more body fat will retain THC in (and on) their bodies longer than those with less body fat.

How frequently someone smokes weed can also increase the window in which weed is detected via hair. A study from 2017 showed that folks who toked daily came up positive for THC on hair tests 77 percent of the time. Less than half of those who smoked weed on a weekly basis tested positive. Every subject who hadn’t smoked within three months of the test, or who reported never smoking weed at all, came up negative.

The study’s results suggest that those who consume cannabis infrequently could luck out on a hair test. But chronic connoisseurs of the dank would need to abstain from smoking for weeks — if not months — to achieve negative results. 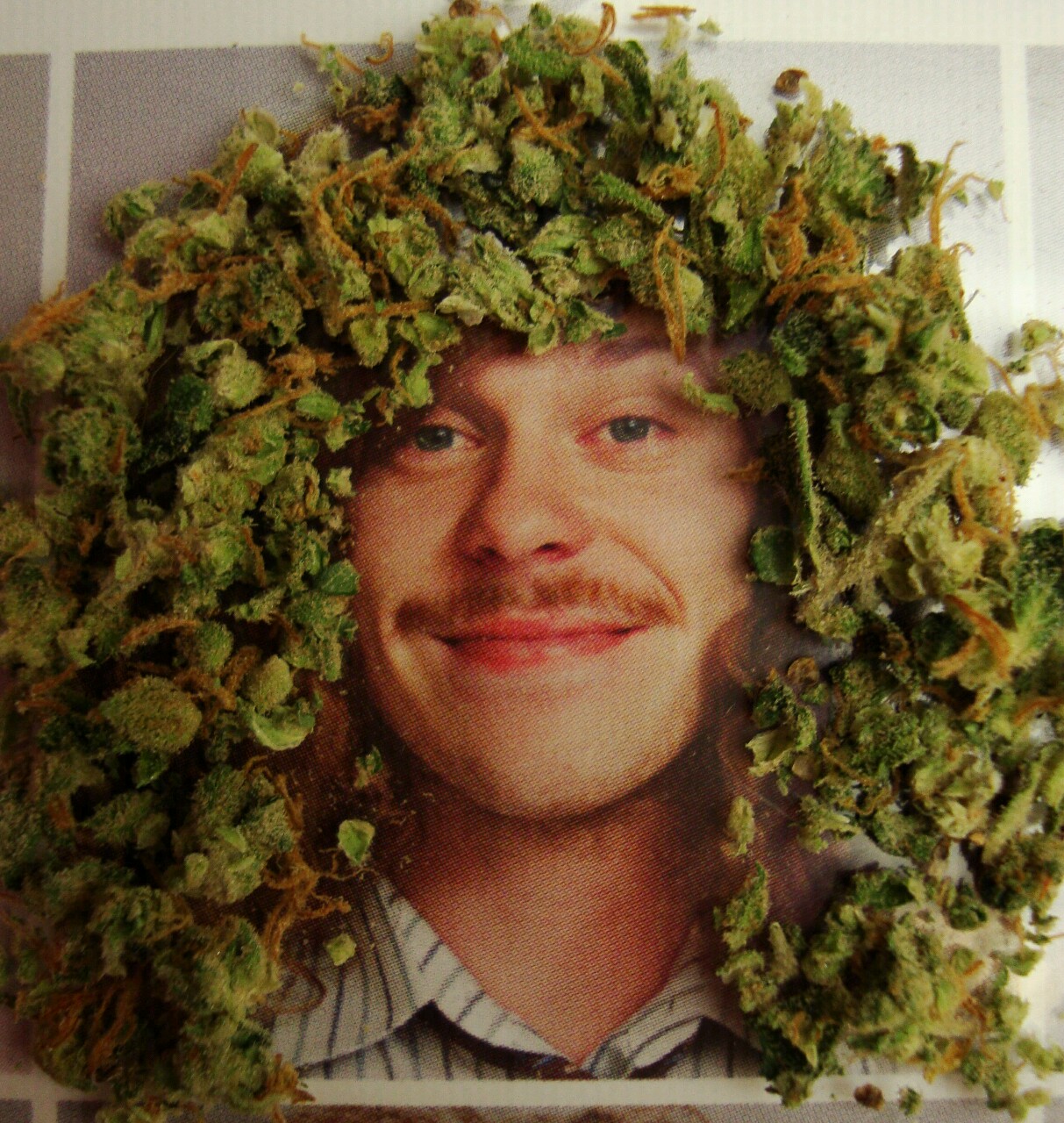 But first, let’s get the bad news out of the way: you probably can’t cheat a hair test.

Some companies market special shampoos for washing THC out of your hair, but they’re all — as far as we’re concerned — questionable products. Hair tests work because hairs trap THC in their microscopic fibers as they grow. Shampoos can wash off THC on the surface of the hair, but they can’t remove THC that’s embedded inside of the strands.

Second, shaving off your hair prior to a follicle test won’t accomplish much, either. Samples for hair tests can come from any part of the body, including the little hairs inside of your nostrils or ear canals.

Besides, showing up to a testing facility without any eyebrows will raise the testers’ suspicions that you’re cheating, and that alone can disqualify you as someone who’s clean and sober. So unless you’re undergoing chemotherapy or you’re a champion swimmer, you’ve got no good excuse for being balder than a newborn when it’s time for a drug test.

That leaves sowing doubt as the only way someone could wiggle out of a hair test’s results. Thankfully, there’s some solid science questioning the validity of hair tests and whether they can actually prove if someone recently got lit. 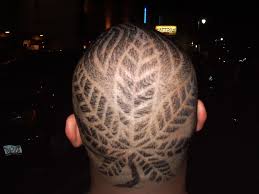 Are Hair Tests Just as Bunk as the Products Sold to Cheat Them?

In 2015, German scientists concluded that hair testing was wholly unreliable for determining if someone smoked weed. They gave test subjects pure THC or THCA in oral form, then looked at the hair samples. They discovered that only incredibly tiny amounts of THC ended up in the hair, much less than the 50 picogram/milligram detection limit (the absolute smallest amount that scientists can say they measured) set by the Society of Hair Testing.

Their conclusion? Hair tests weren’t detecting THC that someone inhaled, but rather the tests were finding THC that landed on the hair through external contact, like second-hand smoke. In other words, someone who is simply in the presence of weed smoke could come up as a false positive on a hair test.

“Our studies show that… cannabinoids can be present in hair of non-consuming individuals because of transfer through cannabis consumers, via their hands, their sebum/sweat, or cannabis smoke,” the researchers wrote. “This is of concern for e.g. child-custody cases as cannabinoid findings in a child’s hair may be caused by close contact to cannabis consumers rather than by inhalation of side-stream smoke.”

The following year, another German study found that just breaking up nugs and rolling joints – not smoking them – could also produce false positives on hair tests. The researchers hypothesized that fingertips contaminated with cannabis resin transferred THC from the hands to the hair after casual contact.

Problems with hair testing have been known for some time, too. In 2004, yet another German study explored several cases of false-positives with weed and hair tests, including one instance where a cohabiting couple both came up positive for THC through hair testing, even though only one of the partners smoked weed; the other did not.

Although American chemists have acknowledged the German findings, one paper in a 2016 edition of Analytical Toxicology claimed that false-positive transfers were rare, and washing hair samples in an alcohol and water mixture prior to testing could distinguish true cannabis consumers from those who simply walked through a cloud of marijuana smoke.

In the American study, researchers only looked for a single THC metabolite in the hair, 11-nor-9-carboxy-delta-9-tetrahydrocannabinol or C-THC. C-THC is one of the first THC metabolites made in the human liver, so it’s not present in marijuana smoke. Using a mixture of alcohol and water, THC from second-hand smoke can be rinsed from the samples, leaving behind only the C-THC trapped in the hair fibers. However, as per the 2015 Germany study mentioned above, C-THC can still end up in someone’s hair if they touched something contaminated with a toker’s skin oils or sweat.

So it looks like American authorities won’t be ditching hair tests any time soon. Thankfully, due to the costs associated with hair tests, most employers don’t use them, opting instead for much cheaper urine tests, which can be beat. And, thanks to adult-use regulation, some states have even removed cannabis from the list of prohibited drugs companies test for.

Although you could try to defend your hair test results to a judge or an employer using the cited German studies above, we don’t recommend it. Instead, find a good lawyer to do this for you.