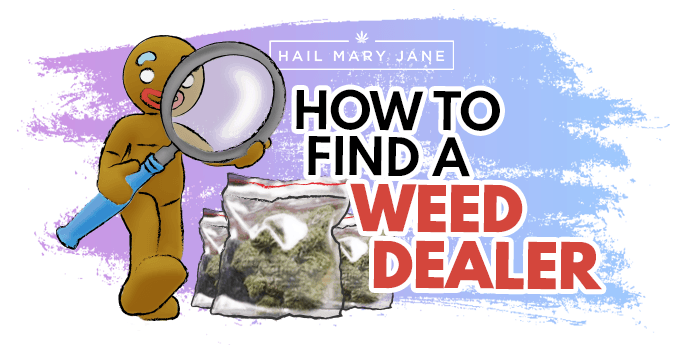 Finding a consistent dealer in your area is one of the biggest problems for a stoner in states without legal marijuana. Having a dealer that is consistent, on time and has good nugs is something that every stoner needs. We’re all not as lucky as those in California, Colorado, Washington and other states with medical and recreational laws in our favor. If you’re stuck in states like North Dakota, Florida, Texas and the list could go on, finding a dealer is tricky at times.

That has lead to a lot of people moving to online to find green. Social media has taken over a big part of our lives. Just about everybody has a Twitter or Facebook. People are online for a large part of their day: searching Google, posting memes, and asking for weed?

I’ve seen so many people these days looking for weed online. People have asked in our comments tweeted there email address saying what city they need bud in, forums and the list goes on. If you have a large enough and/or loyal Twitter following, I would not be surprised if this works almost every time. You still run the risk of it being a setup. You never really know who is running that Twitter handle on the other side.

The biggest thing that has drawn me to see so much “online dealing” is our comment section of our 15 Rules For New Weed Buyers To Follow post. The comments in that section fly all day with people asking for weed in certain areas with their email.