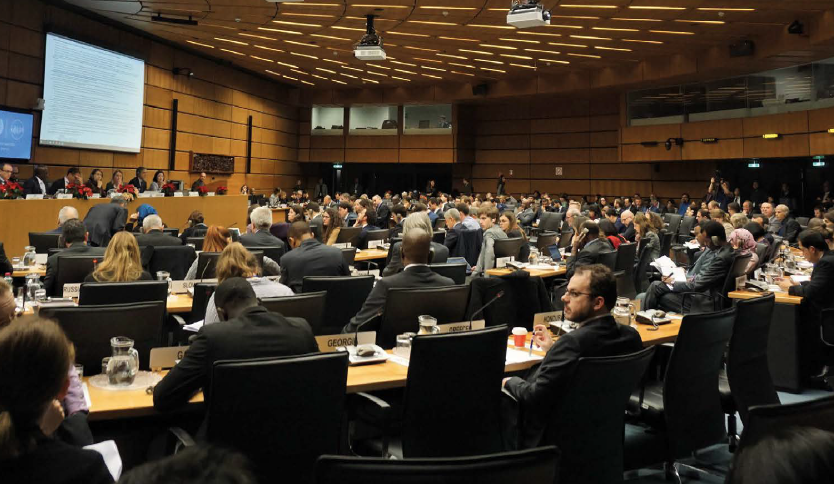 Over two days the International Cannabis Policy Conference hosted a series of talks, round table discussions and workshops involving some pioneering forces working for cannabis change. There were inevitably attendees from the world of business, but the suits were in the minority at this event. Issues that took centre stage at the ICPC included the environment, access to cannabis-based medicines, gender issues, harm reduction, regulation of new markets and sustainability, particularly in relation to the UN’s own Sustainable Development Goals (SDGs).

The list of speakers reflected the diversity of the programme and Weed World recommends that you seek out the presentations will be available online through the FAAAT website, but here’s a taster of some of the big themes that were discussed over the weekend:

With climate change high on the international agenda at the moment, there was much interest in hemp as a building material and energy source. Carl Martel, a scientist researching industrial hemp, revealed some of the projects he has been working on as a research scientist. These stem from the ethos he has adopted, first coined by the Austrian inventor, Viktor Schauberger; “first understand nature and then copy it.” Projects Martel has been working on include Hempcrete and cannabis plastic but the project that created the most buzz was a hemp battery that can literally be grown in the ground (by turning CBD into quinones in an alkaline environment). There was an almost audible gasp in the room when he revealed a hemp brick that could generate 5 volts/5 amps and was pictured powering a tablet.

Medical cannabis and its future potential was a theme explored by several speakers which looked at the potential of the plant as a medicine for different sectors of society. Topics included those affected through Opioid addiction and the increasing adoption of cannabis by the West’s ageing populations, where it is starting to be seen as a healthier alternative than polymedication (i.e. daily doses of multiple pills – many prescribed just to prevent side effects of others being taken).

As this was an ‘international’ conference there was also a refreshing insight into the cannabis world outside of Europe and the USA continents which so often dominate the debate – not just in cannabis but at world policy level. French sociologist, Kenza Afsahi, gave an insight into the challenges traditional hash farmers in Morocco’s Rif mountains are experiencing in this new era of cannabis markets; how small-scale farming and traditional cannabis varieties have been replaced by bigger operations where hybrid strains that bring bigger yields require more water, pesticides and maintenance and has led to increased violent conflict between big and small farmers.

Meanwhile, in Nepal, ‘legalization’ is not really a concept that applied to the small farmers who have traditionally grown hemp crops for food – one kilo of hemp seeds giving households access to three kilos of rice in the (local) market. South African activist, Julian Stobbs, spoke about how there were far too many ‘experts’ from the North (hemisphere) pitching up and telling local people how they should be doing things, when locals have a history of use that goes back hundreds of years.

Throughout the conference regulation was a common theme. We have this new market opening up, on a world level, and yet that picture is a hotchpotch of regulation regarding quality and health assurance when it comes to cannabis as a consumer product – from the commercial weed supplying dispensaries to ‘snake oil’ CBD sellers. While in the USA there are moves towards some kind of official regulation, in other countries it is up to people to try and protect the consumer, which is the ethos behind the Spanish social club system as explained by Patricia Amiguet, president of the Federation of Cannabis Associations in Catalonia.

There were ethical questions too. “What happens when a movement becomes an industry?” asked US cannabis lawyer, Bob Hoban, who provided the following analogy to illustrate the importance of building a sustainable model for the business that embraced the cannabis community. “The people who moved to bring in environmental policies such as recycling. Did those activists get a role in the recycling industry?” In a round table session, English anthropologist, Dr Jonathan Newman, challenged the notion that the American way is being pushed as the only way, which drew a round of applause from the audience. US attorney, Bob Hoban, was quick to respond by saying that he preferred to see it in terms of the US “Taking the bullets… The lesson from the USA is to do what we do, but learn from our mistakes.”

While it remains to be seen if the WHO is holding back on its statement because it is controversial and they need to get the timing right (i.e. recommending rescheduling), one thing is for sure – the days of the cannabis debate being sidelined to the fringes are over. It is important to remember that all the progress that has been made towards cannabis legalization has come from the seeds sown by cannabis activists since 1961. That’s almost 60 years of journeying, and if there’s one thing that all those activists appreciate it is that the road of progress has many twists and turns along the way.

Fifteen years ago, Farid was standing outside the UN building with other cannabis protestors, releasing balloons filled with cannabis seeds. In 2018 he and his team were welcomed through the front door of the UN as civic society stakeholders contributing to the international debate. Despite this setback they will continue to push for that door to open wider. “So,” Farid smiles. “We didn’t get the result we hoped for this time, but we continue. Now we will target the UN meeting in March…”

The 62nd Session of the CND will convene in Vienna, 14 -15 March 2019, ‘taking stock of the implementation of the commitments made to jointly address and counter the world drug problem.’