A fter hitting a few dabs, you’re likely to notice a waxy, orange-brown buildup condensing inside your rig. It’s called reclaim, and if you find yourself without fresh concentrate, you might be wondering if it’s safe to dab. Anyone who has consumed cannabis from a pipe will be familiar with resin; the sticky, stinky, black residue that builds up in your bowl. Reclaim is the more or less the same thing, but in a dab rig instead of a pipe. However, because dabbing doesn’t involve setting fire to plant material, AKA combustion, reclaim is a little different than resin and is a result of the vaporization process. So, is it safe to dab reclaim from cannabis concentrates? Read on to find out what we know about how to use reclaim and avoid risks.

The Difference Between Cannabis Resin and Concentrate Reclaim

For one, reclaim collected from concentrates doesn’t have the same nasty smell as resin from combusted cannabis flower. You might notice a bong-watery whiff but, compared to the residue from your pipe, reclaim can even be (sort-of) fragrant and have similar hints of the concentrate’s original smell and terpene profile. While scientists haven’t performed extensive studies, testing laboratories have done some analyses on samples of reclaim. 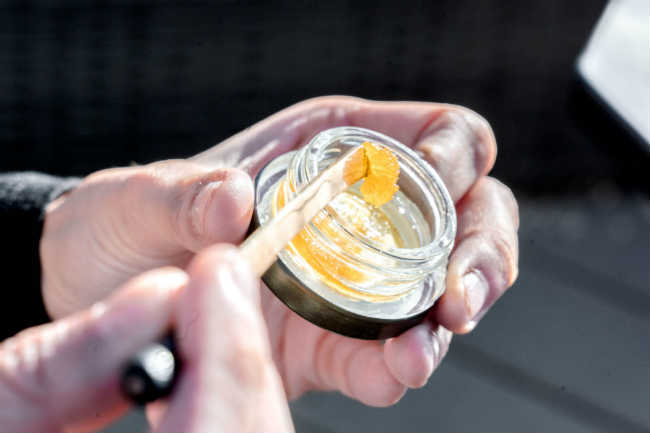 Reclaim might have a similar smell to the original concentrate it was derived from.

We found test results from two labs which found THC content between 23% and 60% in reclaimed concentrates. Reclaim also contained high levels of other cannabinoids like CBN and, in some samples, CBD. However, the analyses didn’t test the reclaim samples for other contaminants, like fungal spores, bacteria, or pesticides. Given the high concentrations of cannabinoids found in reclaim, it’s understandable that the hard-up stoners amongst us wouldn’t want to let it go to waste. But how do you use reclaim, and is it even safe?

How to Collect Reclaim

It’s clear that reclaim can pack a punch, but how do you get it out of your rig? Dabbers report using two different methods. For both methods, you’ll need to empty the water out of your rig. The next step will depend on what materials you have available and how long you’re willing to wait.

Collect Your Reclaim Using a Solvent

One method involves using a solvent – namely high-strength ethanol like Everclear – to dissolve your reclaim; if you can find pure ethanol, that’s even better (you can also use isopropyl alcohol). Using as little as possible, you’ll want to swish the alcohol around inside your rig until all of the reclaim has been dissolved. This might work better if you rinse your rig with hot water before introducing the solvent.

After you’ve collected the reclaim, you’ll need to pour the mixture onto a glass baking dish and wait for the alcohol to evaporate – and as a reminder, you’ll want to do this in a well-ventilated area.

A fan can speed up the process, but this will still take at least a few hours. Once the alcohol has disappeared, you’ll be left with a dish of reclaim which can be scraped up with a razor blade and deposited onto wax paper or a silicone pot. The big disadvantage of this method is that it can be difficult to collect all the reclaim from the dish, and can be very time-consuming. Additionally, it can be difficult to remove all residual solvents from the mixture. If you want the process to be as easy as possible (and free from potentially harmful solvents), you might prefer the second method.

The most effective method for getting your reclaim out of your rig involves using your dab torch and a silicone or other “non-stick” mat. You’ll need to gently heat the glass of your rig to melt the reclaim. Doing this slowly and gently is super important because not all pipes are made from high-quality glass which can tolerate being heated like this. Even with quality borosilicate glass or quartz, you never want to have your torch’s flame directly on the glass. When collecting reclaim with this method, simply oscillate the torch back and forth so that the piece is only receiving a fraction of the full heat. Regardless of heating method, you should always prepare for the risk of breaking glass by wearing gloves, safety glasses, and holding the pipe away from your body when heating. 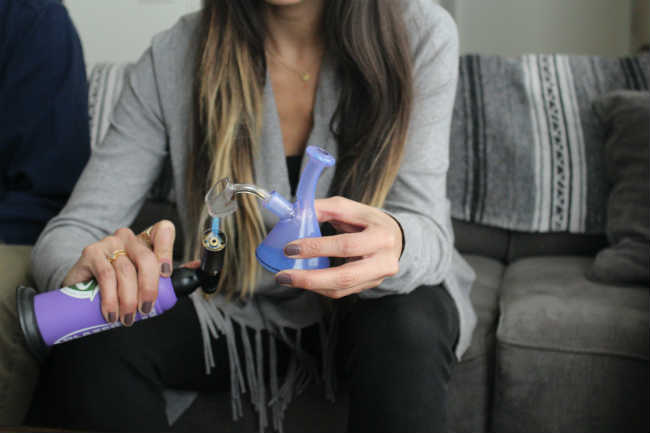 Be very careful when using a torch to collect reclaim.

Once the reclaim inside the pipe starts to turn liquid, turn your piece upside down and try to direct the flow of reclaim out of your pipe’s joint. You can use a silicone mat to collect the drips, which will be ready to use straight away. However, there’s one disadvantage to this method as well; each time you heat the reclaim it evaporates off more cannabinoids. Therefore, the solvent-based method above may create a stronger product.

Is It Safe to Consume Reclaim?

Given its lack of combustion, dabbing is inevitably cleaner than smoking, but it’s not necessarily true that dabs and by extension reclaim are completely harmless. A 2017 study examined the formation of toxic byproducts produced when dabbing at normal temperatures. The researchers found that dabbing does produce toxic by-products as a result of the breakdown of terpenes like myrcene. The researchers focused on two substances, in particular, methacrolein and benzene. Benzene and methacrolein are both potent irritants which are found in areas with high levels of air pollution. Moreover, benzene is a known carcinogen and one of the chemicals which contributes to cancer in tobacco smokers. 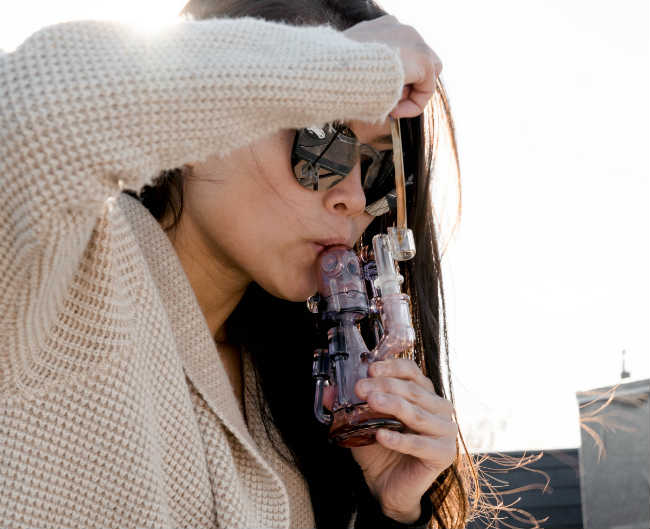 If you want to consume reclaim dabs, be sure to keep the temperature of your nail low!

The researchers found that dabbing at high temperatures (roughly 900 to 1100 degrees Fahrenheit) contains significant concentrations of both above-mentioned contaminants at levels higher than those known to cause problems. Given that your reclaim is made up of condensed dab vapor, it’s reasonable to assume that it could potentially give off some of these unfavorable chemicals when heated to high temperatures – that’s why low-temp dabbing is so important. The study didn’t look at other contaminants, but it’s likely that your vapor and reclaim contain more unpleasant surprises. Another study from 2017 found that 80% of dab samples contained residual pesticides or solvents.

If you want to use up your reclaim, it’s less likely to irritate your lungs if you make edibles or cannabis capsules. Additionally, on top of any risks from chemical contaminants, leaving organic material sitting in water over time has the potential to grow bacteria and fungus. Nobody wants to breathe or eat a bunch of bacteria and spores. If you want to ensure the safest experience, you shouldn’t leave your reclaim sitting for weeks before collecting it, regardless of how you use it.

Is Consuming Reclaim a Good Idea?

To sum up the science, right now we’re not completely sure about the safety of using your reclaim. Reclaim hasn’t been studied extensively and, in the absence of proper testing, we can’t be sure about exactly how it affects us. That being said, as long as your concentrates are quality and sourced from a trusted location, odds are you’ll be okay – just don’t consume reclaim that’s been sitting out for weeks in old rig water.

If you can’t get any dabs, reclaim could be a decent stand-in until you get your hands on the good stuff. However, despite what some cannabis pages say on this topic, reclaim might not be completely safe. While it’s not as strong – or as tasty – as fresh concentrate, it’s definitely going to get you high. If you’re already a regular smoker or dabber, you might think that’s worth the risk. However, that’s a decision you’ll have to make for yourself until scientists can clear things up.

What are your thoughts on consuming reclaim from cannabis concentrates? Share your feedback in the comments below!

How Long Should You Heat Your Nail or Banger Before a Dab?