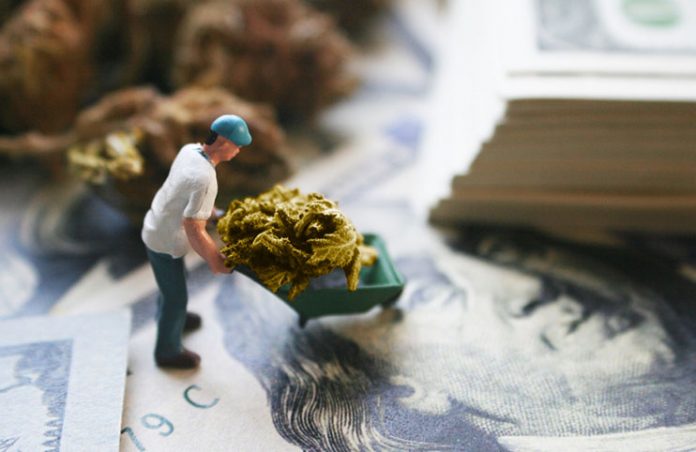 The cannabis industry of the past few years has shifted rapidly to allow for a massive amount of growth in the market. During that time, we have seen the number of companies grow rapidly as well, which has pushed the amount of jobs available way up. Currently, cannabis is legal in as many as 33 states throughout the U.S., but the substance still remains illegal on a federal level.

Despite the illegality of the substance federally, the job side of the industry has boomed quite quickly. Ten of the states that have legalized cannabis across the country have done so for recreational use which means that anyone over the age of 21 can purchase cannabis legally in those select places.

Jobs in the industry go anywhere from farm work to the frontline of dispensaries and all the way up to the executive level. At this point, it is somewhat difficult to discern how many jobs exactly there are in the market due to how infant it is all together. Additionally, the difficulty here arises from the body that studies the market itself, given that it is the United States Labor Department which is a federal department.

One analyst from a top job research institute stated that the number of cannabis jobs throughout the country is somewhere currently from 200,000 to 300,000. The pay scale in the industry ranges from agricultural work which stems at around minimum wage, all the way up to the top level of executives which can pay in the big six figures and more. One of the most popular job choices for some is working as a budtender. These individuals sit behind the counter at dispensaries and offer advice on what the best strain or product is for a given use or individual.

Recently, we have seen an explosion of jobs in the high-end part of the sector such as software engineers, chemists, and doctors who help to give patients advice on what they can use cannabis for. Since cannabis is such a broad spectrum treatment, it seems as though there are so many different ways to take advantage of the industry.

We have also seen growth in the high-end luxury side of the sector, showing that there is a large amount of money to be made with those who are willing to spend large amounts of money. The biggest issue that remains, however, is the fact that cannabis is still illegal federally. This has made the issue of hiring and paying employees quite difficult. This also affects how companies are able to run and how they are able to be conceived.

The hopes are that as the market continues to mature in the coming months to years, this issue will begin to settle down to allow the market to flourish to its greatest potential. All in all, cannabis remains one of the most exciting markets of the modern day whether it be for jobs or the pleasure of walking into a store and purchasing marijuana.

It’s Time to Smoke the Vote!

Did anyone used to think they liked sativas assuming they were...

Notable new Gallup polling on marijuana attitudes and use

It’s Time to Smoke the Vote!

Did anyone used to think they liked sativas assuming they were...