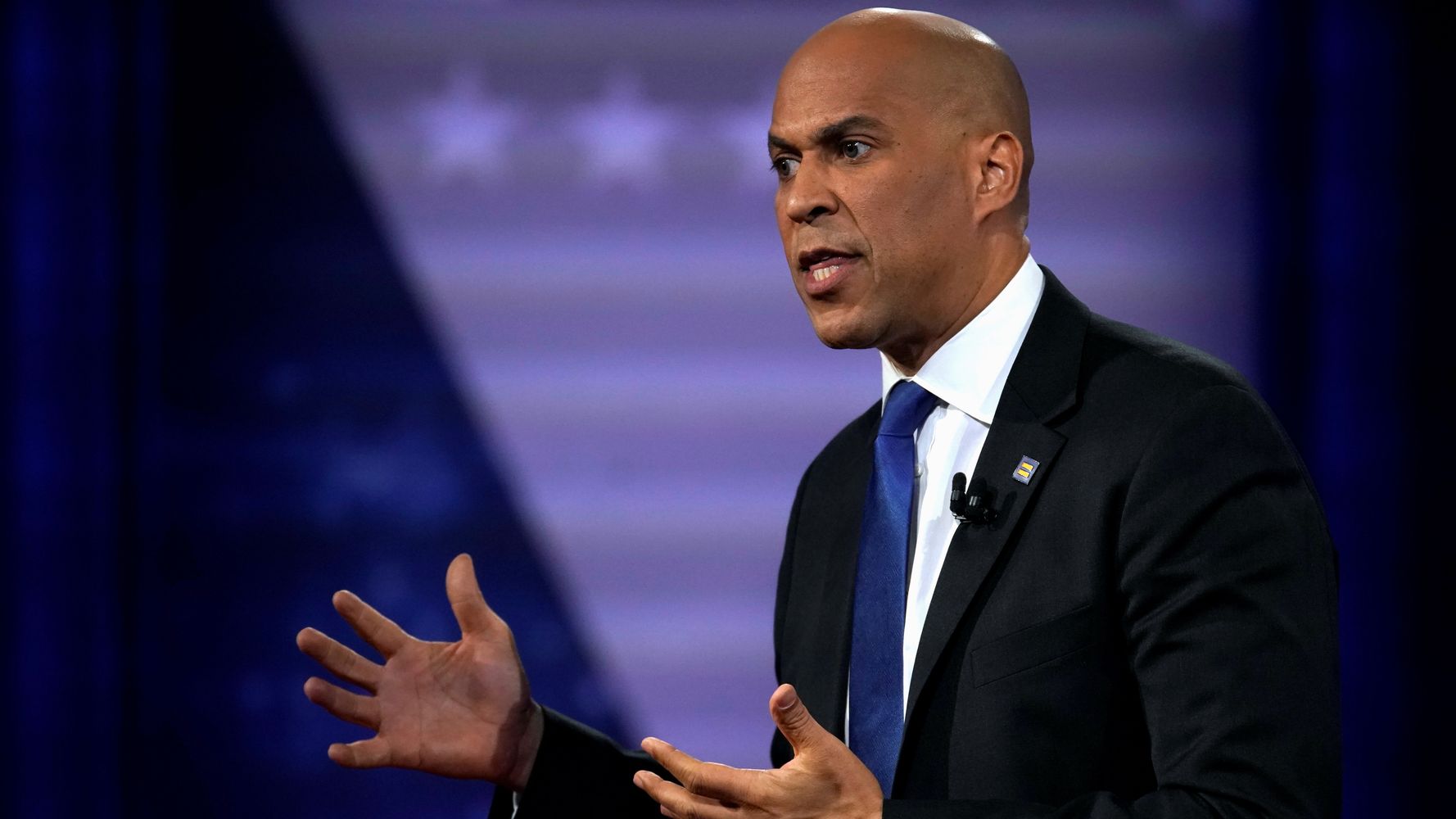 When Sen. Cory Booker (D-N.J.) highlighted former Vice President Joe Biden’s unpopular position on marijuana during Wednesday night’s Democratic presidential debate, it was not a great moment for Biden. And it only got worse from there as the former vice president stumbled repeatedly over sensitive racial issues.

Booker went after Biden for stating earlier this week that he would not initially support legalizing marijuana if he were to become president. Biden had said at a town hall in Nevada on Monday that he wants to see more data about the long-term effects of marijuana use before legalizing the drug at the federal level.

Biden’s response to Booker quickly got strange when he began touting the support he’s received from the Black community.

Sen. Booker on fmr. VP Biden’s recent comments on the legalization of marijuana: “I thought you might have been high when you said it” #DemDebate pic.twitter.com/dQf55njB66

Biden fumbled again when he said he’s received support from the “only” African American woman elected to the Senate.

“That’s not true … the other one is here,” Sen. Kamala Harris (D-Calif.) jumped in while throwing her hands up and laughing.

Atlanta Mayor Keisha Lance Bottoms, a top Biden supporter, shrugged off the former vice president’s Harris flub, telling reporters after the debate that speaking in soundbites can be “difficult.”

“He was there when Kamala Harris was sworn in so clearly he knows that there’s another African-American woman,” Bottoms said.

Joe Biden overstated when he claimed he enjoys the support of “the only African-American woman that’s ever been elected to the United States Senate.”

Kamala Harris: No. That’s not true. The other one is here. ??‍♀️

Biden’s fumble came after a statement from Booker on how politicians often use Black voters as pawns in presidential elections. The New Jersey senator used a topic Black voters are passionate about to segue into the smackdown that left the former vice president tripping over his words.

“I have a lifetime of experience with Black voters; I’ve been one since I was 18,” Booker said to laughter. “Black voters are pissed off and they’re worried. They’re pissed off because the only time our issues seem to really be paid attention to is when people are looking for their vote.”

One issue that disproportionally affects the Black community is the criminalization of marijuana, Booker said.

“This week I hear [Biden] literally say that ‘I don’t think we should legalize marijuana.’ I thought you might’ve been high when you said it. Because marijuana in our country is already legal for privileged people … the war on drugs has been a war on Black and Brown people.”

Biden’s botched response to Booker was one of many gaffes the former vice president made during Wednesday night’s debate. He routinely stumbled over his words, fumbling several times throughout the two-hour event.

Biden didn’t rescind his opposition to marijuana legalization but did say he would decriminalize marijuana and expunge any records of people arrested on marijuana charges.

“I do think that it makes sense, based on data, that we should study what the long-term effects are for the use of marijuana,” he added. “That’s all it is.”

At the town hall in Nevada, Biden did state that he supported medical marijuana and leaving it up to individual states to decide whether to legalize recreational marijuana.

Asked about Biden’s awkward exchange with Booker, Symone Sanders, a senior campaign adviser to Biden, said the former vice president has been “clear on where he stands on the issue of marijuana.” She suggested Booker had simply been looking for a “moment” on the debate stage.

“It’s silly season out there,” she told reporters after the debate.