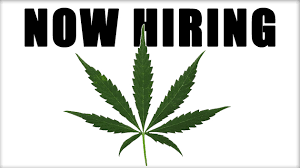 This story at Leafy, headlined “As of 2019, Legal Cannabis Has Created 211,000 Full-Time Jobs in America,” reports on Leafy’s effort to account for job creation in the legal marijuana industry.  Here is how the article starts:

How many jobs are there in the legal cannabis industry?  It’s a common question — and one the government refuses to answer. Because cannabis remains federally illegal, employment data agencies such as the Bureau of Labor Statistics ignore all jobs related to the industry.

Over the past three months Leafly’s data team, working in partnership with Whitney Economics, has gone state-by-state to tally the total number of direct, full-time jobs in the state-legal cannabis industry.

There are now more than 211,000 cannabis jobs across the United States.

The Leafy accounting is set forth in this relatively short document titled “Special Report: Cannabis Jobs Count.”  Here is an excerpt:

In early 2017, roughly 120,000 Americans worked in the legal cannabis industry.  At that time, 29 states allowed medical marijuana.  Four states and the District of Columbia had legalized the adult use of cannabis.  National sales in legal markets topped $6.7 billion.

Today, two years later, 34 states have legalized medical marijuana.  Ten states and the District of Columbia have legalized cannabis for adult use.  Annual sales nationwide are nearing the $11 billion mark.  And the number of Americans directly employed in this booming industry has soared to more than 211,000.

When indirect and ancillary jobs — think of all the lawyers, accountants, security consultants, media companies, and marketing firms that service the cannabis industry — are added, along with induced jobs (local community jobs supported by the spending of cannabis industry paychecks), the total number of full-time American jobs that depend on legal cannabis rises to a whopping 296,000.

By comparison, there are currently about 52,000 coal mining jobs in the United States.  American beer makers employ 69,000 brewery workers.  And 112,000 people work in textile manufacturing.

‘Real People That We Care About Are Being Exploited’: the plight of undocumented workers being forced to grow unlicensed weed in Oregon