Vermont Senator Bernie Sanders recently announced that if elected, he would legalize cannabis nationwide on day-1 of his presidency. In fact, three of the four leading democratic candidates – Sanders, Warren and Buttigieg – have all thrown their vocal support behind national cannabis legalization. Andrew Yang, has also made it a point of his platform, and though mostly quiet on the topic, both Amy Klobuchar and Tom Seyer have come out in favor of legalization as well, completing the democratic electorate. Of the Democrats, only Joe Biden, unfortunately, pushes decriminalization over legalization.

President Trump and his administration have continually acted against cannabis interests during his time in office, with little indication that that will change. However, with the majority of sensible candidates favoring legalization, it is possible we will see some form of national reform in the next administration.  While this would undoubtedly usher in a new era of cannabis in America, what exactly would that look like?

The Possibility of Nationwide Cannabis Legalization in the United States

Say Sanders is elected in November and plans to do exactly as promised, instantly issuing in broad and sweeping reform on his very first day in office via executive order. Time to bust out the champagne and shatter, right? Well, maybe. There is some debate over whether the new president would even be capable of solely passing legalization outright on day 1.

Amending the Controlled Substances Act (the piece of legislation that sets federal drug policy, and is responsible for cannabis’ “Schedule I” designation) is possible, but might not be able to be implemented in such a short time.

Rescheduling substances is something the POTUS has to power to do, but would probably need cabinet appointees to enact.

As Forbes explains, “the details of the process involve steps by the attorney general and the health and human services secretary—Sanders designees unlikely to be installed on his ‘first day.’” However, the rules of presidential power have been forever augmented by the current administration. Now more than ever, it’s unclear just what a president can get done if the force of the House and Senate are behind the president’s agenda.

In say, a Sanders administration, the president might direct no federal funds to be used in the prosecution of cannabis infractions, similar to the direction of the Cole Memo for legalized states (that is, of course, before Trump rescinded it). 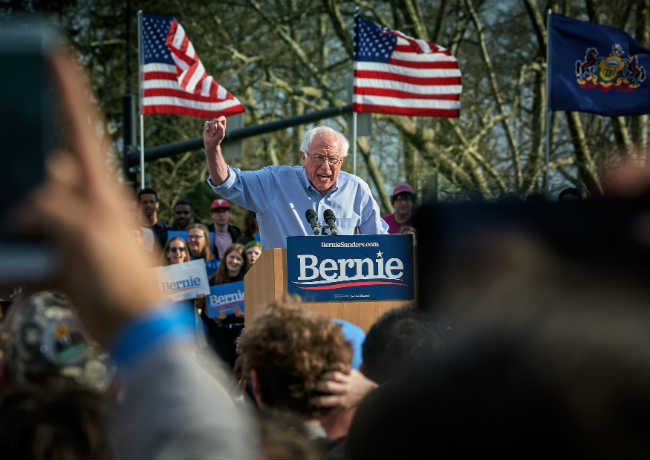 Bernie Sanders has pledged to legalize cannabis nationwide on his first day in office if elected as President. photo credit

Though it could take more time to formalize full legalization, the new president might be able to make cannabis effectively legalized through this or some other novel idea. The law would temporarily remain, but would be unenforceable.

It is at least conceivable that consuming and possessing cannabis in one’s private residence could become legal (or effectively legal) nationally on the first day the executive order is made. However, if you’re looking to light up with impunity, we wouldn’t suggest holding your breath.

How Legalization Would (Probably) Unfold

With all things cannabis and the government, the reality is always slightly more of a bummer than the sales pitch. Just as we have seen with individual states that have legalized, other than the initial step of being free from prosecution for simple possession or consumption in a private residence, most things are likely to stay the same on day one.

Even if cannabis is federally legal, you could still potentially get in trouble with local laws.

Each state will want their own regulations in place. Alcohol prohibition in America ended 87 years ago, yet vast disparities in regulation still exist from place to place. You are free to walk the streets of New Orleans with a beer in hand, but will need to order an appetizer if you want a second round in Salt Lake City.

If a city or state criminalizes certain aspects of cannabis culture, an individual could still be prosecuted by state or local laws, regardless of federal legal status. For example, owning a Pit Bull isn’t federally illegal, but has been outlawed by many jurisdictions. States will likely petition the government for time to establish individual systems and, if current trends are any indication, will then go way over the estimates for those timelines. Just ask New York and New Jersey, who promised to pass legislation within 100 days, a few hundred days ago.

Every time cannabis reform has been passed; it takes months, even years to be implemented. Federal legalization might expedite the process, but bureaucracy is still bureaucracy and moves at bureaucracy’s pace. The sad truth beyond that is that there are places where a taxed and regulated cannabis market will likely always be banned – although with federal legalization adults of legal age would never have to worry about possession laws again. But don’t forget, in 2020 Jack Daniels whiskey is still produced in a dry county.

Still, slow bureaucracy or not, with a new president at the helm, the actual timeline for federal marijuana legalization might be much faster than what we’ve seen. 11 states have legalized thus far and 33 allow some form of medical cannabis access. It is clear the way the country is trending. Even FOX News’ polling reveals that a majority (63%) of Americans favor national legalization of recreational marijuana.

While it is unlikely to happen with the speed or satisfaction the public wants, legalizing on a national level would still have resounding effects on the cannabis industry, and rapidly advance progress by comparison to today’s pace.

Inter-state commerce and the allowance of normal banking services alone will transform the market in ways we can only guess at now, and a wave of expunged offenses could drastically reshape both the demographics and economy of the country. 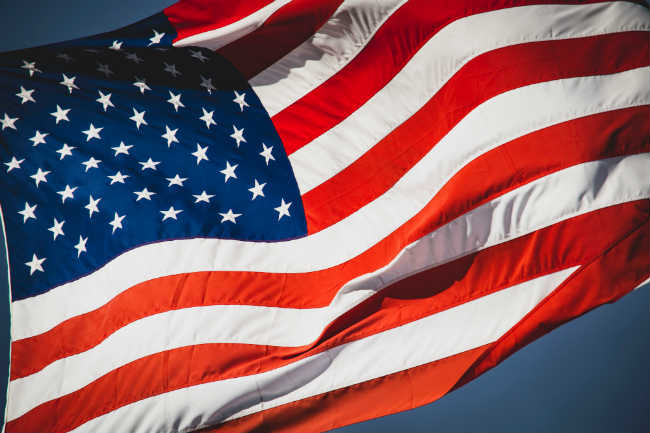 Whenever it happens, federal marijuana legalization in America will take time to roll out. photo credit

In essence, what has been happening in places like Massachusetts, Michigan and Illinois will simply happen everywhere, quicker, with slight differences. We won’t really see the kind of massive changes we expect for a few years, it will happen little by little, and then all of the sudden, it will seem normal.

If any potential pro-cannabis candidate wins the nomination, they are primed to make sweeping changes now more than ever, and we will more than likely see some form of large-scale progress in cannabis within the next 4 years. How fast change will happen is anyone’s guess, but change appears inevitable.

What do you think national cannabis legalization in America would look like? Cast your visions for the future in the comments below.

Are Edibles the Most Cost-Effective Marijuana Products?