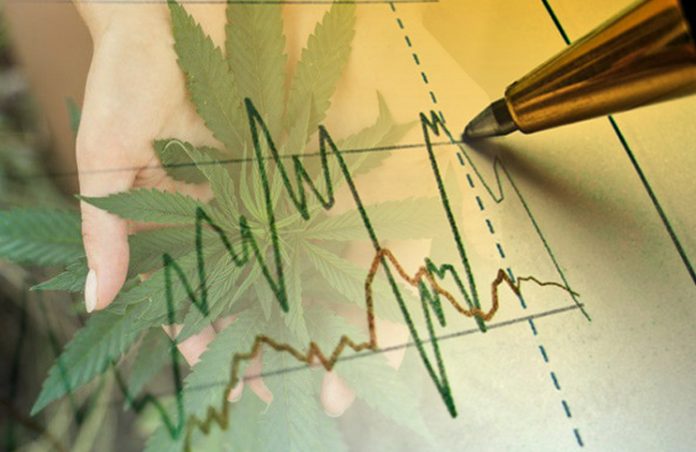 The month of April got off to quite a rocky start for the marijuana stock market. During the past week or two, we have seen values shoot back up on their way to reaching future goals for the coming years. Several companies have continued to highlight their potential in the market by offering new and innovative products, as well as varying business models that could see more success than others. While the market does remain quite volatile, it seems as though we are seeing things slow down to more stable levels.

Ionic Brands Corp. (IONC) (IONC.C) is one of the leading cannabis holdings companies based in the U.S. market. The company has stated that its main goal is to focus on producing cannabis concentrates for the higher end of the industry.

These products are completely consumer-focused and have the goal of being some of the highest quality concentrates in the industry. Currently, they are operating out of Washington, but they have worked on moving deeper into the Oregonian and Californian markets as well. With these three states, they should be able to capture quite a large amount of exposure given the sheer size of the markets at hand.

Recently, Ionic Brands Corp. announced that they have entered into an exclusive distribution agreement with Continuum, one division of the company Origin House. The goal of this agreement is to begin producing Ionic branded products within the partnership with Origin House, one of the largest cannabis companies in the industry. Continuum currently has over 500 dispensaries in California, which means that Ionic Brands Corp. could see some much-needed distortion help in the not too distant future.

Interestingly enough, the relationship that they now have with Continuum should help them to delve further into the Californian market. Continuum is now additionally the exclusive distributor of all Ionic Brands products within the California market. This should also alleviate any investor worry of overproduction, as they now seem to have more than enough distribution to make that a non-issue. As they continue to work out of their various facilities, it seems as though Ionic Brands Corp. has an extremely bright future ahead of itself for the coming years in the marijuana market.

Aurora Cannabis (NYSE:ACB) is considered to be one of the major players in the marijuana industry to date. The company currently has a market capitalization just north of $9 billion with an average train volume around 30 million shares. The size of Aurora is one reason to consider the company, as they present an opportunity at the top of the industry.

The company has stated that they have the potential to be included on the S&P 500, which is another large step for the cannabis industry, but all is still up in the air. When operating at peak capacity, they should become the number one producer of marijuana in the whole of the Canadian landscape. All in all, Aurora Cannabis is definitely a company to keep a close eye on.