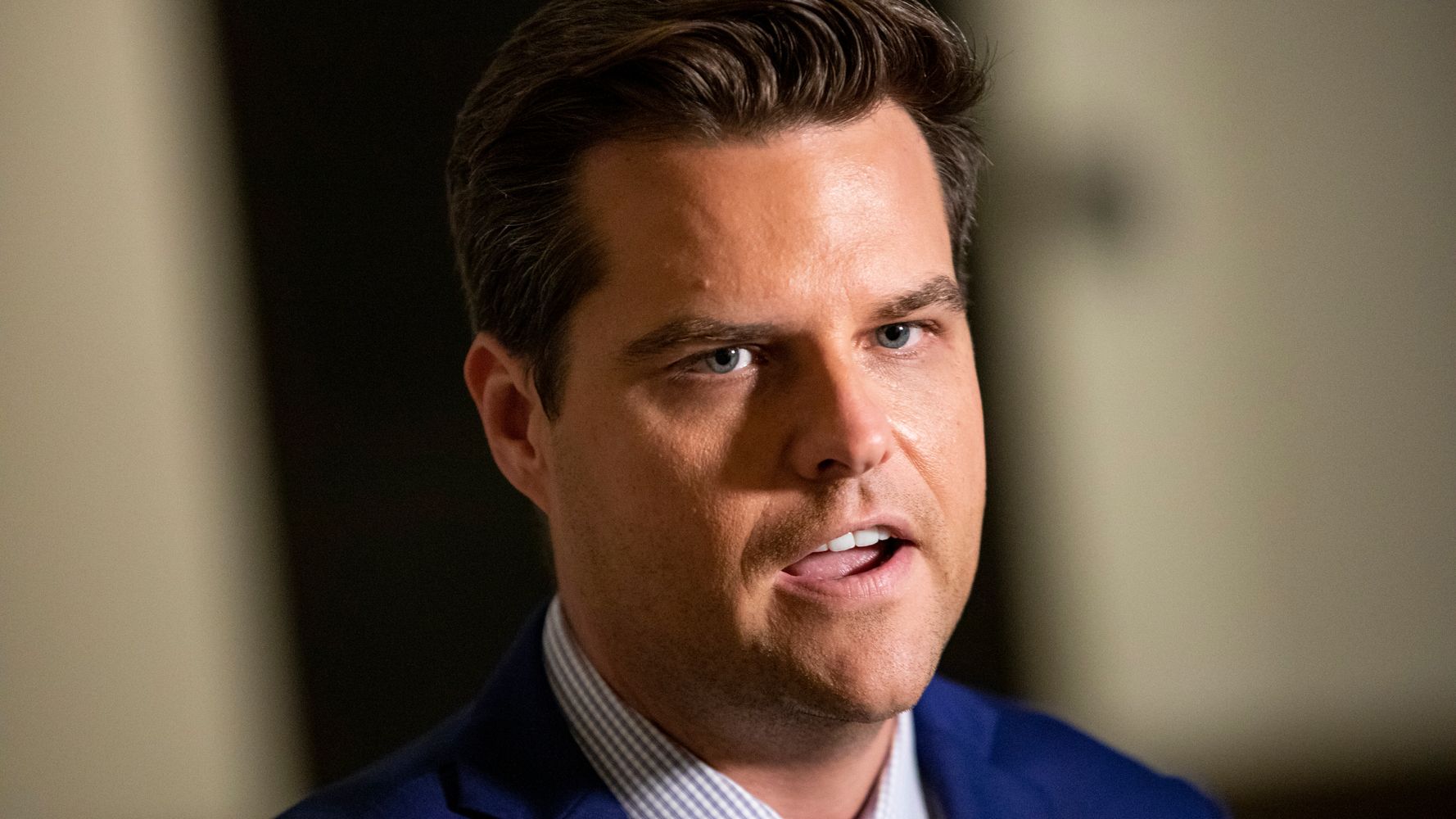 Gaetz, who recently voted in favor of the the Marijuana Opportunity, Reinvestment and Expungement (MORE) Act to end the federal ban on the drug, delivered a two-word message to Conway during a CNN appearance: “OK, boomer.”

The phrase originated with Gen Z and has been adopted by millennials to dismiss old school attitudes and highlight generational divides ― which is where Gaetz believes the cannabis debate rests, rather than on pure politics.

In a CNN interview in April, Conway raised concerns over legalization, stating that “there are many health professionals and employers increasingly concerned that this is not your grandfather or your father’s marijuana.”

“The TCH (sic) components are much stronger,” she added, intending to refer to tetrahydrocannabinol, otherwise known as THC, the chemical that produces a high. “We just can’t say it’s all good for all people at this moment. We’re very concerned about the effect on the brain among young people.”

Reacting to her past remarks on Saturday, Gaetz called it “a very boomer approach to marijuana if for no other reason that it’s actually THC, not TCH.”

“I think that her reflection shows a real ignorance to the science demonstrating that in states where there are marijuana programs, you see a reduction in Schedule I drug recommendations, you also see a reduction in the types of overdoses that are crippling our country and hollowing out America,” Gaetz asserted. “So I think that if we have a lower acuity anti-pain alternative to heroin and opioids, I think that you’ll see the country do a lot better.”

“Federal prohibition against marijuana has not worked,” GOP Rep. Matt Gaetz tells @smerconish after the House Judiciary Committee approved a bill that would decriminalize marijuana on the federal level, adding that he’d tell Kellyanne Conway “OK boomer” over her views. pic.twitter.com/4CQAVHaHwC

Gaetz’s suggestion that marijuana legalization could be connected to fewer overdoses is not necessarily supported by data.

In June, a study published by the Proceedings of the National Academy of Sciences with the help of Stanford University researchers found that from 1999 to 2017, fatal opioid overdoses had risen in states with medical marijuana laws, as they had in some states without such laws. Similar research had found that from 1999 to 2010, opioid-overdose deaths had risen at a slower rate in states with medical marijuana laws.

The newer study concluded that any claims of an association between marijuana and opioid overdoses are likely “spurious,” and if there is a link, it “cannot be rigorously discerned with aggregate data.” (However, the authors also supported further research into the “therapeutic potential of cannabis.”)

Gaetz was one of two Republicans on the House Judiciary Committee to vote for the MORE Act, which passed the panel on Wednesday and has broad Democratic support.

The bill would remove marijuana from the Controlled Substances Act, thus federally decriminalizing the drug. It would also expunge federal marijuana convictions, and place a 5% sales tax on cannabis products. The funds would be used to assist those affected by the “war on drugs,” providing them with job training and substance abuse treatment.