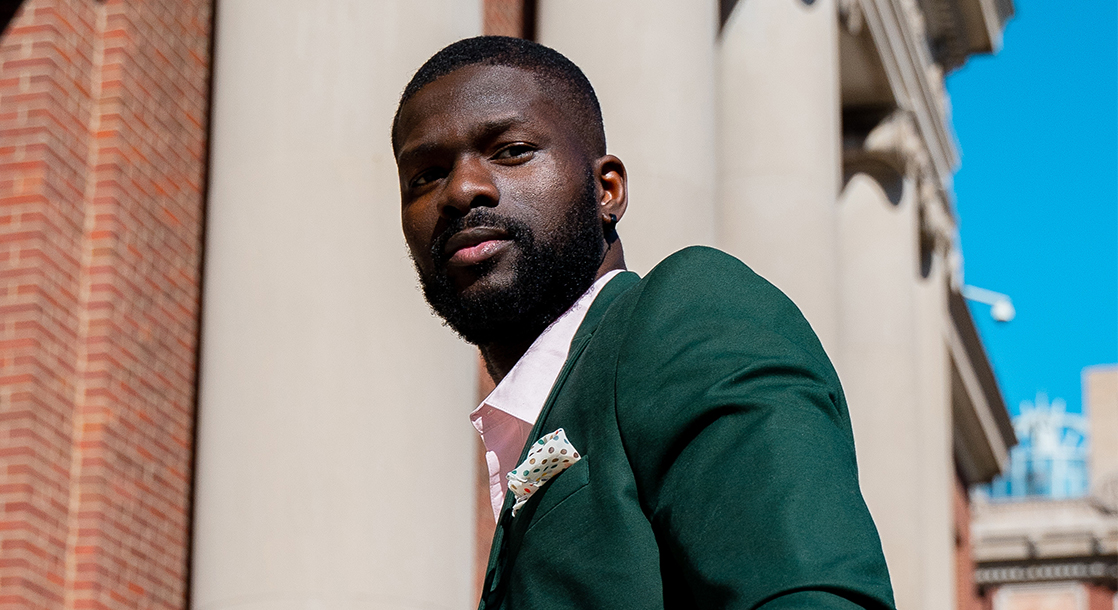 During the hearing, AOC addressed the huge disparity among the representation of Black and Latinx people in executive-level cannabis industry positions, as well as having ownership stakes in retail dispensaries, when compared to their white counterparts.

“According to an industry trade publication, 73 percent of cannabis executives in Colorado and Washington are male, 81 percent are white,” said Ocasio-Cortez during the February hearing. “In the state of Massachusetts, just 3.1 percent of marijuana businesses in the state were owned by minorities, and just 2.2 percent were owned by women. Is this industry representative of the communities that have historically [borne] the greatest brunt of injustice based on the prohibition of marijuana?”

AOC is right that there’s an inequality problem in the cannabis industry. One entrepreneur, however, wants to change that, and he’s not just talking the talk.

Meet Seun Adedeji, the founder and CEO of the Elev8cannabis brand. At 25-years-old, Adedeji is the youngest black man in America to own a retail cannabis dispensary. A Nigerian immigrant and DACA Act DREAMer who moved to the U.S. when he was just 3-years-old, Adedeji is a truly self-made businessman. He grew up on the Southside of Chicago, and spent his teenage years in Texas, but didn’t get involved with legal weed until Washington State and Oregon opened up their adult-use markets.

At the time, Seun was 20 and managing nine Sprint stores in Washington. He was making great money, but wanted to enter the ganja game. Without the cash on hand to quit his job and make a hefty investment in a new (and precarious) industry, Adedeji created a plan with a lofty end goal. He moved to Oregon in 2016, and with only $50,000 — a combination of  Adedeji’s entire personal savings along with a few investments from long-time friends — he set out on a mission to become one of the first African-Americans to own and operate a retail cannabis dispensary. By 2017, Adedeji accomplished his goal, and Elev8cannabis opened its first pot shop in Eugene. Seun was just 23 at the time.

Today, however, the brand is expanding and will soon make its debut on the East Coast with the opening of Elev8cannabis in Athol, Massachusetts this spring. After the Athol location is up and running, at least two more Elev8cannabis retail dispensaries are expected to open up in towns Orange and Williamstown by the end of 2019. On top of the new brick-and-mortar stores, Adedeji recently signed a multi-million dollar expansion deal with TILT Holdings, which will both support the growth of his company and help him create an incubator program that mentors people of color who are interested in opening their own cannabusinesses.

MERRY JANE spoke with Seun Adedeji over the phone to learn about how he’s blazing his own path in this nascent and often-homogeneous industry. On top of discussing his backstory, the pot prodigy highlighted his all-black executive team, offered advice to other young entrepreneurs of color looking to work in weed, and explained why Elev8cannabis is going to be a household name in due time. 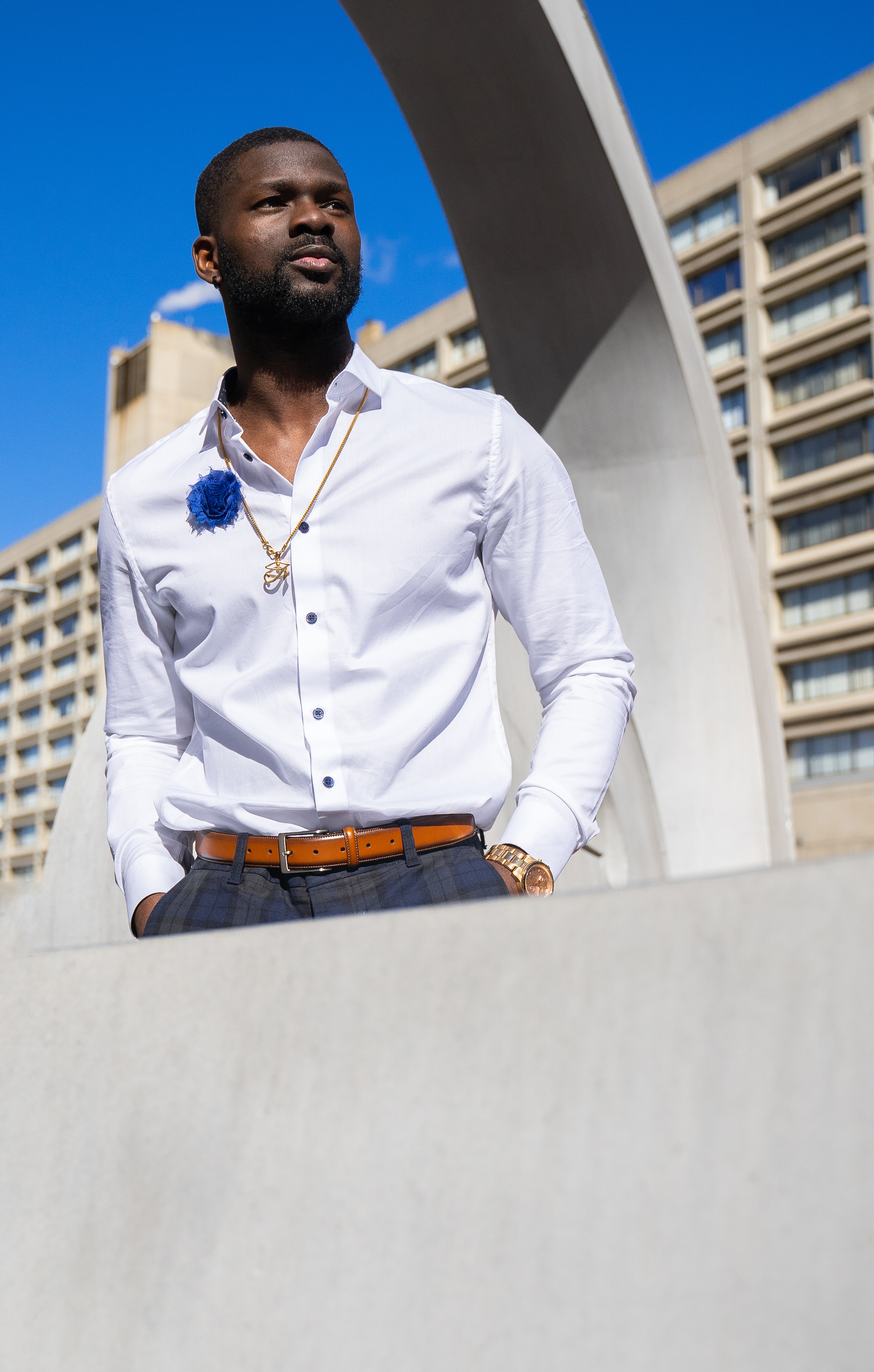 MERRY JANE: How old were you when you first got involved in the cannabis industry? Tell us a little about your journey to obtain a cannabis retail license.

Seun Adedeji: I was 21 when I started working on getting involved in the cannabis industry, but due to a lack of finance and difficulty securing a location, it took me longer to get my first location. I couldn’t afford a lawyer, so I read the laws and became my own lobbyist.

Initially, I had a prime location in Salem, Oregon that I was leasing in late 2016, but the city found that location unfit after further investigation. They informed me it was 997 square feet away from a school instead of the required 1000 square feet. As a result, I had to search for a location all over again.

I was rejected for a retail cannabis license for two years until a lady took a chance on me and allowed me to lease her building. Once I finally secured my Elev8cannabis location in Eugene, OR it took me another six months to go through the licensing process.

How long did the entire process of opening your first retail dispensary in Oregon take?

It took me almost 3 years to find the perfect location and finalize everything. In 2017, I officially opened the first Elev8cannabis retail dispensary in Eugene, OR at the age of 23.

Why did you choose to expand the Elev8cannabis franchise to Massachusetts instead of opening more cannabis dispensaries in Oregon?

I had the opportunity to expand in Oregon, but I made the decision to purchase properties in Massachusetts instead. Oregon’s cannabis industry is oversaturated. Marijuana is currently selling for $1 a gram. We saw a decline in sales, and I knew if we stayed and I kept focusing all my energy in Oregon that Elev8cannabis would not be a sustainable business 5 years from now. I didn’t want to continue investing my money there. I’d rather invest in a newly legalized state, and that’s what we did. Right now we have one location in Athol, Massachusetts ready to open, and we recently finalized two more locations in cities Orange and Williamstown.

How do people react when you tell them you have an all-black executive team helping you with the day-to-day operations of Elev8cannabis?

I just brought on Seke Ballard as our CFO/COO. Seke’s a Harvard Business School graduate and the CEO of Good Tree Capital, the largest minority investment company. It has definitely helped having someone like Seke on the team who has a successful track record, understands the direction Elev8cannabis is going in, and how the business can improve. I’m excited to see how we can help more minorities and positively impact the cannabis industry. 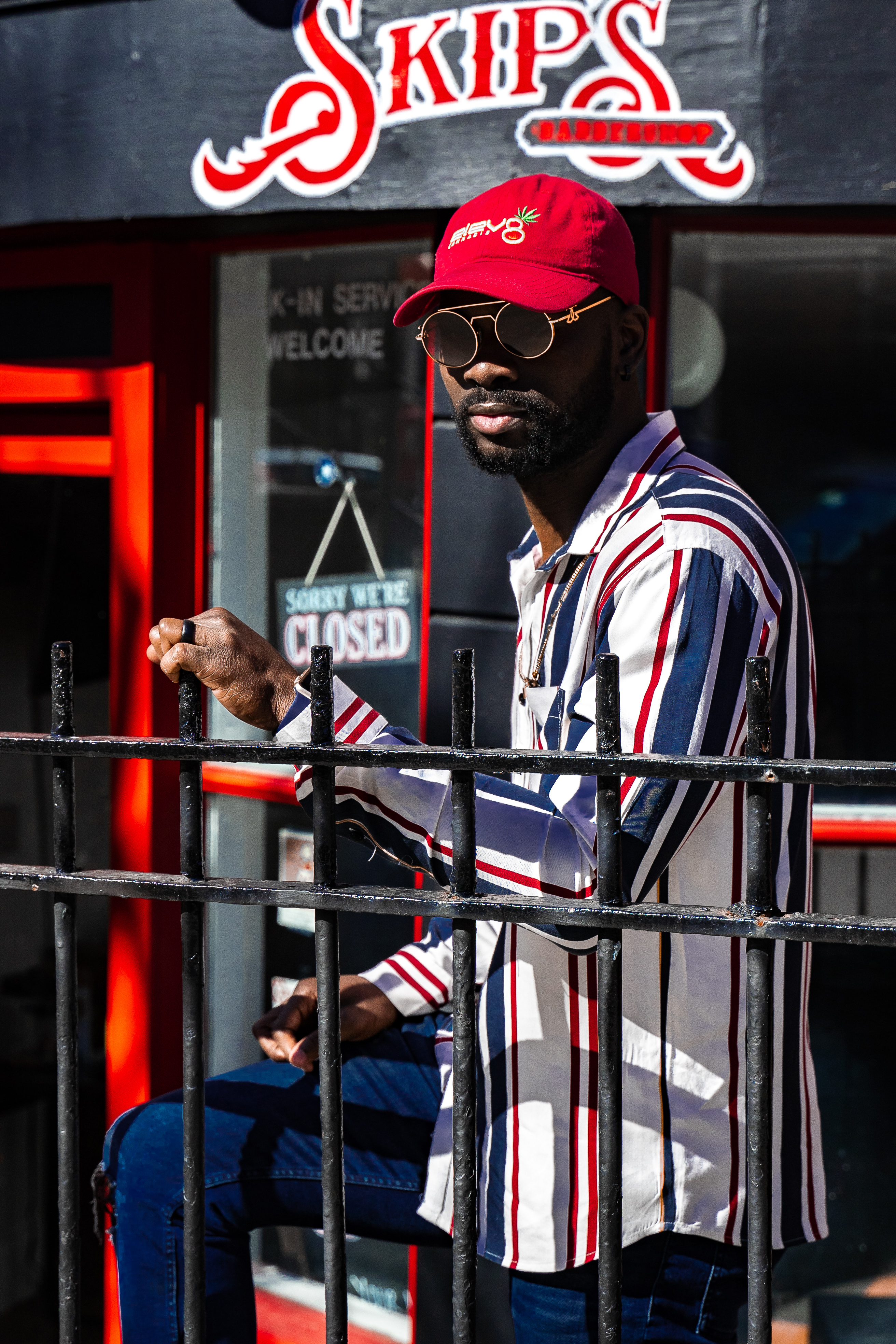 What is it like being the CEO of a cannabis retail franchise in your twenties? What are some of the biggest challenges you face?

You see all your friends turning up, going out on the weekends, and you’re in the office working. The way you think is a lot different than other people around your age, so it’s harder to relate at times because they’re talking about buying Jordan’s and I’m focused on how to purchase retail space to expand the Elev8 brand. Another big challenge I face is getting people to understand the medicinal benefits of cannabis, building the right team, and time management.

You recently signed a multi-million dollar expansion deal with TILT Holdings to expand Elev8cannabis retailers across Massachusetts. Could you tell me more about the deal and how it went down?

We negotiated this deal for 8 months. I met Tito Jackson, former Boston City Council Member and CEO of Verdant Medical Inc., while I was in Boston speaking and educating people about cannabis. He was impressed by the level of education I had about the cannabis industry, and we became close.

I knew that in order for us to rapidly expand, we needed to raise more capital. Tito Jackson introduced me to a few investors, I pitched them, and they invested in Elev8cannabis. That’s how we acquired our expansion deal with TILT Holdings.

How did you feel after signing your deal with TILT?

It was really humbling and very exciting. I’m just a kid from Chicago. I came as an immigrant to the United States, so it was very emotional. In the beginning, I didn’t have a team at all. l was legit lobbying for myself. I’ve built great connections and great relationships in Massachusetts just by having faith and believing in myself.

The 8 months it took for us to close the deal was all worth it because both parties mutually wanted to work together. My biggest thing is I don’t want to let the money get to me. I want to make sure that we continue to do what we set out to do from the start.

How are you going to educate and inspire other young, black and Latinx entrepreneurs to become involved in the legal marijuana industry?

We want more minorities in the game. We want to help people, and we’re very passionate and motivated to make that happen. We actually have a program that we’re rolling out as an incubator. We’re going to mentor minorities interested in operating a cannabis retail dispensary.

Essentially, applicants will apply to the program, and, if they qualify, we’ll bring them into one of our shops where they will complete a 1-year paid internship and learn the ins and outs of running a retail cannabis business. After they’ve completed the 1-year program, we’ll provide them with the capital and resources needed to open a franchise Elev8cannabis retail dispensary. We will invest in the leasing or purchasing of the property, and we’ll go through the whole process with them to make sure their shop opens. We have the ability to help more minorities get involved in the cannabis industry by franchising Elev8cannabis retailers.

Do you have any advice you would give to other young, entrepreneurs of color seeking to get involved in the legal cannabis industry?

At Elev8cannabis, we’ve been looking for growth and expansion. I think that a lot of people are close-minded to their current situation, especially in the cannabis industry. There aren’t many minority cannabis entrepreneurs that are trying to establish themselves in every legalized state. Instead you find most entrepreneurs are focused on one particular state.

What’s your vision for Elev8cannabis in the future?

Our goal is to eventually be fully vertically integrated in Massachusetts. Right now we’re purchasing 4-5 acres of land where we’re going to build a greenhouse. We’re also looking at expanding to Michigan and Maine. We have the experience and now we have the capital. I believe Elev8cannabis is going to be a household name. I don’t think there’s anything that can stop us at this point other than ourselves. Our goal by the end of 2019 is to have nine Elev8cannabis retail shops up and running and to keep growing and expanding every year.