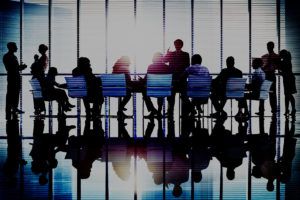 Two dozen of the leading cannabis companies in Canada collectively employ only 11 women on their boards, and most – including the market leaders – have not disclosed written policies relating to the identification and nomination of women directors.

Analysis of regulatory filings for cannabis companies traded on Canadian stock exchanges reveals that the ratio of women on marijuana-industry boards is 7%.

While that’s a slight improvement from the previous year’s 5%, it is well below the Canadian average of 15%-20%.

Of the 154 individuals nominated for board positions in the latest regulatory filings – or those who have since taken up new directorship positions – 11 were women, according to the Marijuana Business Daily analysis.

Cannabis boards are growing in size, but the number of women on those boards is not keeping pace – which concerns many women looking at the industry.

Cannabis market leaders could be doing more to promote gender diversity on boards, “because it makes good business sense,” said Deborah Rosati, CEO and founder of Women Get On Board.

“The cannabis industry can be role models, and they can make those changes today,” she said.

“It has to come from a culture of wanting to do the right thing, and it makes good business sense. There’s a lot of talented and qualified women that can lead and serve on cannabis boards.

“… There’s absolutely no reason why cannabis companies cannot have more diversity on their boards.”

Lisa Campbell, CEO of Toronto-based Lifford Cannabis Solutions, is concerned there are so few women at the board level across the industry.

“I won’t name names, but the top five cannabis companies in Canada need to take leadership on this,” she said.

“If the top five licensed producers take this seriously, it will have a ripple effect on the entire industry. We need to promote and champion companies that are taking it seriously.”

Two market leaders in Canada – Canopy and Cronos Group – each have one women on their boards, even though the number of positions collectively is increasing to 14.

Neither company has disclosed a written policy relating to the identification and nomination of women directors, according to a recent study by the Canadian Securities Regulators.

However, Cronos told Marijuana Business Daily it plans to adopt such a policy at its annual general meeting this year.

In regulatory filings, Canopy noted that it does not maintain quotas or targets regarding gender representation on the board or in executive officer positions.

“All board appointments will be made based on merit, in the context of the skills, experience, independence, knowledge and other qualities which the board as a whole requires to be effective, with due regard for the benefits of diversity – including the level of representation of women on the Board,” it stated.

Another leader in the industry, Aurora Cannabis, boasts two women directors and a written statement regarding diversity.

“The board recognizes that gender diversity is a significant aspect of board diversity and acknowledges the important role that women with appropriate and relevant skills and experience play in contributing to diversity of perspective and effectiveness in the boardroom,” the company stated in its regulatory filings.

Fourteen of the 24 companies analyzed had no female directors.

Cannabis license holders Aphria, Green Organic Dutchman Holdings, HEXO, Organigram and CannTrust each nominated one woman to their respective boards out of the 35 directors nominated.

HEXO and Aphria are two of only a handful of cannabis companies on Canadian stock exchanges to address boardroom gender diversity in their regulatory filings.

Noting its lack of a formal policy on the representation of women in its boardroom, HEXO said it is will be “committed to increasing the gender diversity of its executive officers going forward.”

“The (human resource) & (corporate governance) committee will, within the purview of its mandate, have the responsibility to take gender into consideration as part of its overall recruitment and selection process in respect of the board,” the company stated.

Terrascend, which currently is among the companies with no female directors, said they’re “in the final phase of onboarding a strong female leader.”

Companies that are more representative of their customer base will have an advantage in the market, according to Lifford Cannabis Solutions’ Campbell.

“As we get to peek legalization when it’s very competitive and companies are fighting for shelf space, suppliers that reflect Canada’s diversity will have an advantage,” she said.

Matt Lamers can be reached at [email protected]