NatureTrak founder Jontae James was 13 years old when his father was arrested for intent to sell cannabis — it was 1994, and the war on drugs was in full effect.

Flash forward to current day: James, despite — or perhaps because of — the negative experience with cannabis at such a young age, is not only a part of the cannabis industry as an adult, but he’s making his mark.

“I’m an ’80s baby, so I grew up with a heavy influence from D.A.R.E. and marijuana being bad,” James explains. “If you used marijuana, you were bad and wouldn’t amount to anything. I did everything I could to not be a statistic. I had friends and family that were involved in different forms, but I was very much a square when it came to cannabis.

“It was a tough time for me,” James says of the period surrounding his father’s arrest. “If anything, that kept me from ever entering the industry; but now, it’s a driving force for me to push the industry to new heights.”

It’s no secret that the war on drugs has disproportionately impacted people of color in a negative way, particularly in the black community. Black people make up around 13 percent of the US population, and studies show they use drugs at the same rate as other races, yet they comprise 29 percent of all drug-related arrests, and nearly 40 percent of those currently incarcerated for drug related offenses. The racial bias that infiltrated the war on drugs has impacted families of color for generations, and its effects are still lingering.

“People who were selling to help feed their families were [seen as] the scum of society and were ripped from their families,” James says. “That stigma impacted tens of thousands of lives. I know how my perception of cannabis was growing up, and I ruined personal relationships because of what is now self medication for anxiety and pain.”

It was this shift in perspective and understanding that caused James to want to dip his toe into the burgeoning legal cannabis industry.

“I want to not only change the narrative of what being black in cannabis means, but to be a part of the solution of repairing the damage done to individuals throughout the years,” he says.

James got his start in the industry about five years ago. At the time, he was working for a boutique venture capitalist in Silicon Valley when Ron Brandon (James’s current business partner and chief of staff) was looking for help funding a cultivation project. James had access to investors and was able to take a first-hand look at Brandon’s operations.

“I quickly saw the gaps in the regulation, and knew there was a big opportunity for a technology perspective if this would be legal in California,” he explains.

James then built Bluntli, his first cannabis-related tech company. It was a license verification platform for businesses and patients, but James knew that as the regulations increased, “Bluntli wouldn’t be a strong enough form of compliance for the legal market.”

He and his team built an entirely new tracking system for cannabis that eventually became NatureTrak.

“I used my background in Enterprise SaaS [Software as a Service] sales and program management to make critical decisions at the beginning, which led to NatureTrak being in the position it is today,” James explains. “Track and Trace software is not revolutionary. Other industries track and trace as well, and knowing that and seeing the players in the industry, I felt that there needed to be a better solution — more cost effective, and more importantly, a system that helped the disadvantaged individuals get a jump start toward having a legal cannabis business.” 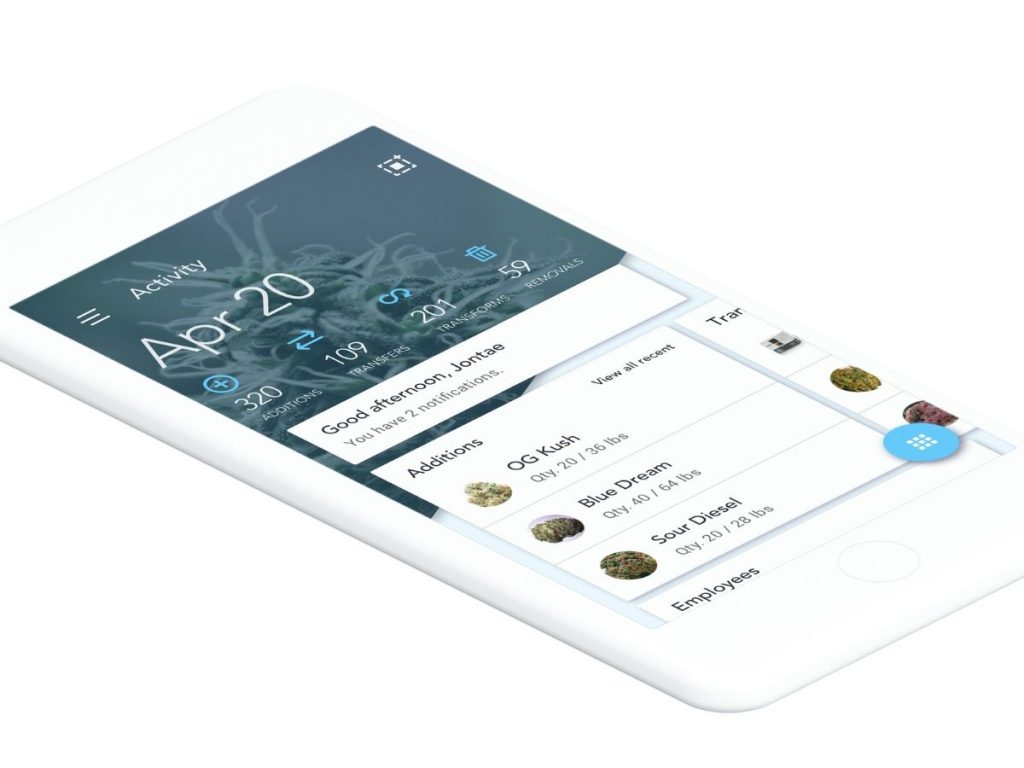 High compliance costs set by state or local governments are de rigueur in the cannabis industry, and James didn’t want to be another obstacle for marginalized folks who want to enter the industry.

“Just think of all the software you use daily that you do not have to pay for,” James says. “Now think of the software you do have to pay for. Then take it one step further: Imagine the amount of taxes forced on the industry, because clearly every business is making tens of millions of dollars. NatureTrak is my way of giving back and pushing the industry together legally.”

Because he lives it, James understands the various hardships for entrepreneurs of color in the industry.

“Fundraising is always the biggest hurdle for a few reasons,” he explains. “It’s cannabis, and a good amount of the investors are still gun shy to enter the industry. Being a black tech founder — and in the cannabis industry — adds additional objections to overcome.”

Attorney Emily Burns, who specializes in cannabis-related law, has seen first-hand these objections when it comes to some of her clients.

“Stereotypes and stigmas remain a significant obstacle for minorities looking to enter the industry, regardless of the level of funding provided to advance social equity programs,” she says. “I have talked to many individuals, including many of my own clients, who are reluctant to come out publicly regarding their interest in the cannabis industry because of the stigma that persists among friends, family members, religious leaders and politicians.

Some states that have legalized cannabis are taking on these issues and delving into the very real racial consequences of the war on drugs. When it comes to the state making the most strides, Burns says that Maryland is one to watch.

Burns says that it’s important for state programs to “emphasize and reward diversity with respect to ownership and investment, as opposed to mere employment or contracting opportunities.” It’s not enough for companies to have diverse employees, but to show true diversity — various races and ethnicities, socioeconomic backgrounds and genders — in management, ownership and investors. “I think the private market can, should and will play a significant role when it comes to diversity and inclusion in the industry,” Burns says.

And that’s just what James hopes to do with his company.

“NatureTrak’s mission is to ‘keep California cannabis Californian.’ The war on drugs, the incarcerations, being black in cannabis, lack of resources… NatureTrak represents it all through our software,” he says.

For James, it’s more than just talking points — it’s creating the sort of company and system that happens when everyone gets a chance to sit at the table. It’s not about lip service, but about actually doing the right thing and giving back.