The story of the band Doe Maar is rooted in that of another Dutch group called CCC Inc. Joost Belinfante founded CCC Inc. in 1966, and after receiving a small inheritance, he purchased a farm in the countryside in 1969. His bandmates and their girlfriends all moved to the farm and there they formed one of the first communes in the Netherlands.

Although CCC Inc. never achieved commercial success, they remain the quintessential Dutch hippie band. At the legendary Kralingen Music Festival in Rotterdam in 1970, CCC Inc. was the only Dutch band to play the main stage, which also featured The Byrds, Jefferson Airplane, Pink Floyd and other 1960s icons. When both CCC Inc. and the commune fell apart in 1974, keyboard player and singer Ernst Jansz formed a new group called The Slumberland Band and started to experiment with reggae and calypso.

From the ruins of this band, Jansz and bassist Piet Dekker formed Doe Maar (which translates to “go ahead” or “just do it”) in 1978. Jansz had two primary objectives when he started the band: He wanted to play reggae and ska, and he wanted to sing in his native Dutch, having already written a few songs in the language. Up to that point, serious Dutch pop musicians preferred to sing in English over their native tongue. Singing in Dutch was seen as something for old crooners and Schlager types.

Doe Maar would change all that forever.

“I thought this was very interesting, because I had never played bass,” Belinfante later recalled.

Belinfante, a true multi-instrumentalist, was never an official member of Doe Maar, but he ended up writing one of their most iconic songs, “Nederwiet” (Dutch weed). In a 1984 interview, he explained when and how he wrote it:

“The nice thing about ‘Nederwiet’ is that it became a hit without ever appearing on a single. I’m rather proud of that. All the more so because I never expected it,” Belinfante recalls. “I wrote the song in 1979, when I heard that Doe Maar and I would play together at the Melkweg [a famous music venue in Amsterdam]. They play reggae, I thought, so let me write something in that vein for the occasion. I came to the subject by simply ticking off the options. After all, a real reggae song is about the Third World, God or weed. Because I have these plants in my own garden, the latter was the most obvious. I have had to ask around and search for years to find out how to best deal with these plants, so let me use that entire process as a lyric. That was the idea.” 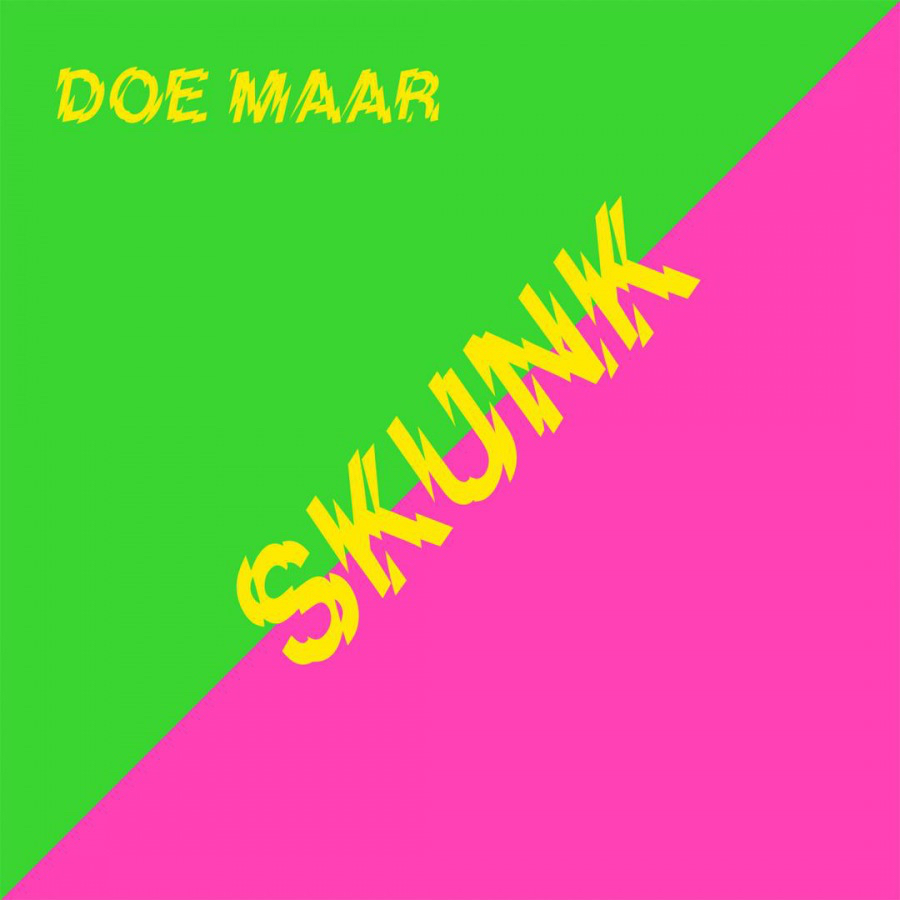 At some point in 1980, Jansz recruited professional bass player and singer Henny Vrienten, who turned out to be the missing piece of the puzzle. Vrienten was no hippie, but he liked reggae, wrote his own songs, and had an undeniable charisma and energy on stage. That summer, he joined the band in the studio to record their second, and what would become their breakthrough album Skunk, contributing three songs and a large share of the vocals.

Contrary to popular belief, the album’s title does not refer to the famous cannabis strain; rather, it’s a combination of the words ska and punk. “Nederwiet” is the longest track on the album, clocking in at just under seven minutes. It’s built around an irresistible bass line, punctuated with dub-style percussion. The song’s chorus is easy to remember, with Belinfante delivering his lyrics in a unique style — part talking, part singing and scatting:

“This is a song about a plant
A green plant
A beautiful plant
A fragrant plant
A big, a strong
Yes, a useful plant
It’s about the Cannabis Sativa Hollandica
In other words, Nederwiet”

Doe Maar released Skunk in March 1981. The album reached No. 1 in the charts and the band began an ascent to a kind of superstardom the Netherlands hadn’t seen since The Beatles toured the Amsterdam canals in 1964. Doe Maar concerts drew huge crowds of mostly teenage girls; the houses of the band members were besieged by fans around the clock.

By 1983, the country was in the grips of full-blown Doe Maar mania. The bright-pink and green of the Skunk album cover were ubiquitous, as merchandisers made millions. Nobody paid any royalties to the band, who resented the rampant commercialization more than missing out on the money. And there were increasing problems within the band, too. Having two songwriting frontmen — Jansz and Vrienten — worked well in the beginning, but friction and tension began to grow.

Belinfante, meanwhile, steered clear of Doe Maar mania and the relentless touring, but occasionally joined the band onstage, playing horns and other instruments and singing “Nederwiet.”

At the time of the Skunk albums release, hardly anybody in the Netherlands grew their own cannabis. Coffee shops were still quite rare, and the few that were there mostly sold hash and, to a lesser extent, weed imported from countries like Colombia, Thailand and the Congo. It wasn’t until 1985, when Sam the Skunkman came to the Netherlands and spread his Skunk #1 and Original Haze seeds, that indoor growing got underway.

Belinfante has always favored growing outdoors, as organically as possible. That’s the way he did it on the communal farm during the CCC Inc. years. In the chorus of “Nederwiet” he proclaims that Dutch grown weed is “just as good as Congo, Indonesia, Acapulco, Colombia.”

(3rd verse)
“And now… patience
Let it come up gently
The plant is still small
So talk to it encouragingly
Then it gets bigger
And bigger and bigger
And it gets even bigger and bigger and bigger
And then it gets thicker
And then it’s September
And time for the harvest
You take the females with the seeds
And the flowers inside
You put them on the floor
Or hang them from the ceiling by their feet
And then you wait one, two, three
Three and a half months
Until it is dry
And when it is dry
We come to the most important part of the
Cannabis Sativa Hollandica
The sorting
For the leaves
They will give you a headache
Me at least
The leaves will leave you
With a concrete head
So these leaves
You throw them out, out, out!
And you only smoke the seed covers
Or the flowers
And these will not leave you with a concrete head
And these will not give you a headache
But they will get you as h-i-g-h
As a Flemish parrot
That is our very own
Wiede-wiede-wiede-wiet
Neder-wiede-wiede-wiet”

Long before the indoor growing boom of the 1990s, Belinfante taught millions of Dutch — and Belgian — people how to grow cannabis outdoors, showing how easy and rewarding it was. His song made “Nederwiet” a household word; it was included in the National Dictionary of the Dutch Language in 1986. The line “High as a Flemish parrot” (‘High als een Vlaamse papegaai’ in Dutch) has become a standard expression for being very, very high.

Belinfante only touches on prohibition and the senseless war on weed once in the song, at the very end:

The enormous success of Doe Maar inevitably led to the end of the band. Things had gotten too crazy, and the fun was gone. At their tumultuous farewell concert on April 14, 1984, Belinfante joined the band one last time to sing “Nederwiet” to thousands of crying fans, mostly young girls. 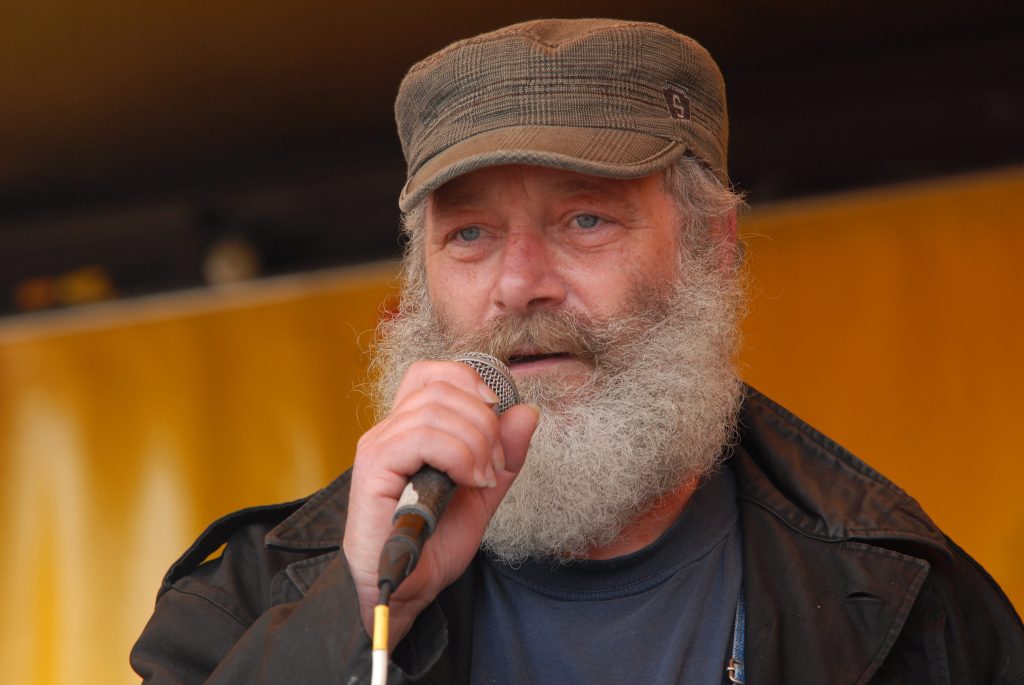 The Stoner Legacy Of Doe Maar

The farewell show wasn’t the end of the Doe Maar story. Their music remained popular, and “Nederwiet” became a stoner anthem and part of the Dutch collective conscience. To this day, TV and radio reporters use the song as background for stories on cannabis or coffee shops. Frits Spits, one of the country’s most prominent radio DJs, considers “Nederwiet” the foundation of Doe Maar’s oeuvre. In his book De standaards van Spits II, he writes: “If one song can be considered the pulse of the Doe Maar repertoire, then it is ‘Nederwiet.’ It’s that addictive ska rhythm that puts the dials in the red, quickens the pulse and gets the heart pumping.”

Spits makes a thoughtful point about the band’s roots and their liberal stance on cannabis: “The first fingerprints, foreshadows of the real Doe Maar music, were completely absent from CCC Inc. and The Slumberland Band. But Doe Maar did take away some things from CCC Inc.: the sheer joy of playing music, the originality, and most of all the attitude to life. What they shared was free thinking, an often left-leaning view of society, and the way the people in the commune thought about mind-expanding drugs. Huge amounts of cannabis were consumed and nobody saw any harm in it. They were all strongly in favor of legalizing weed. That idea, that conception, sown somewhere on the communal farm in Neerkant, was harvested more than 10 years later, grown into the compelling ‘Nederwiet’.”

After 16 years of silence, Doe Maar reunited in 2000 for a new album and a record-breaking concert series in Rotterdam’s Ahoy Arena, which drew more than 175,000 fans in two months. Many of the original fans showed up with their kids, singing along to “Nederwiet” and other classics. Since this first reunion, the band has embarked on a number of tours and was the subject of a major documentary in 2013. Their status as biggest Dutch band ever is undisputed.

Belinfante has remained true to his hippie roots. Now 72 years old, he still grows and consumes his own cannabis. In 2009 and 2010 he performed “Nederwiet” at the Amsterdam Cannabis Liberation Day festival, backed by local reggae band The Low Budgetarians, to an intimate but very excited audience. Over the years, Belinfante has adapted the “Nederwiet” lyrics for special occasions, criticizing the continuing repression of cannabis. Here’s the Cannabis Liberation Day 2009 version of the first verse:

“This song is about a plant
It’s about a big plant
It’s about a green plant
A splendid plant, a sweet plant
A powerful plant/ and a beautiful plant
It’s about my favorite plant
A very useful plant
It’s also a forbidden plant
Some even think it’s a poisonous plant
But I’ve been using the plant for about 50 years now
And just look at me
I’m not dead
I’m not lying in the gutter
I don’t know what they mean by poisonous
But my plant is just as poisonous as, say… bananas
You know which plant this is about, I think
It’s about the Cannabis Sativa Hollandica
In other words… Nederwiet!”