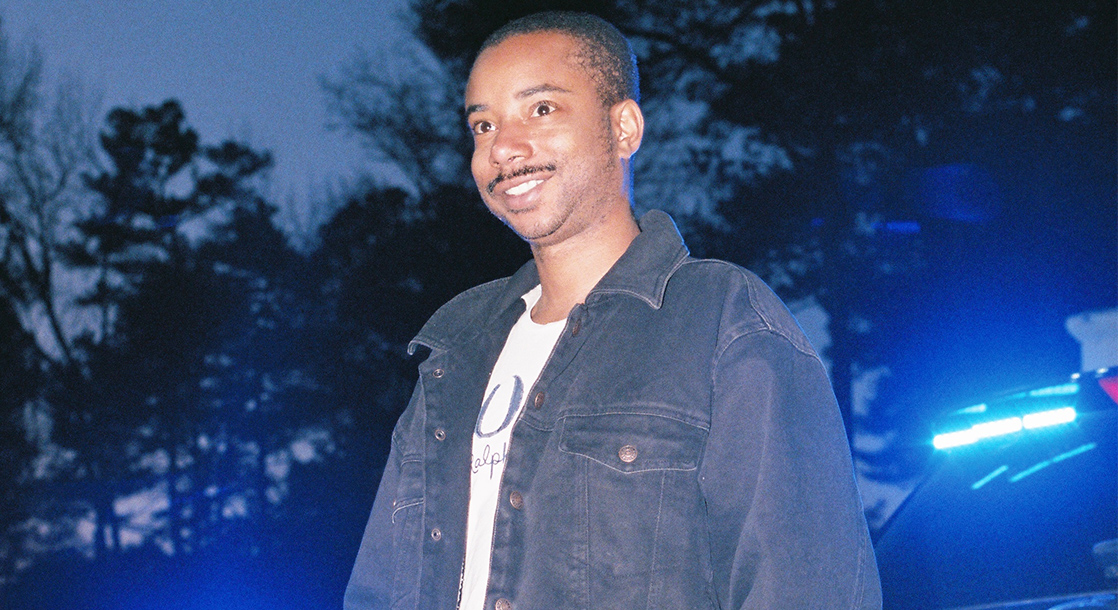 When I first arrived in LA a year or so ago, I was heartbroken, angry, and in a real weak self-victimization mental schedule. New York, my previous home, exacerbates this sort of self view — from the gender fluid SJW wave, all the way to the Proud Boy pubster who says “PC culture is our biggest problem.” Everyone in New York think they’re the protagonist of the city. On the way out of town, however, my friend Emil Bognar — formerly of Dawn of Humans and many other punk and movement-oriented projects — told me about two words that changed my relationship with music and helped with strengthening my mental: “DUNGEON SYNTH.”

From my understanding, Dungeon Synth is an offshoot of Norwegian Black Metal. They’re pretty much the same kind of music, but DS is more keyboard- and sample-heavy. A lot of it sounds like trap and horrorcore riffs with minimal drums. YOUTH OF THE WORLD: IT IS VERY RIPE FOR SAMPLING.

In this week’s edition of my column Negashi’s Nugs, I’ve featured an album that you might describe as “Finnish Old School Dungeon Synth.” When I was weak and fragile heartworm, I would do a crazy Rambo-style prison workout to this record of pure fiery triumph. Supposedly, it’s all Tolkien inspired, but I don’t know anything about that because I’m not lame…  mostly kidding, I just never read that stuff. But if you fancy yourself on any sort of heroic journey or redemption ascent/descent cycle, this will pull you out of Gehenna.

I love imagining what sort of freak grandma’s boy was in the basement making this music. Probably enjoys his enviable Scandinavian livable wage while playing Altered Beasts or Dungeons and Dragons in between seshes on his casio keys. Anyway, let’s get into my random, not-timely culture picks of the week.

“The Arrival of the Dragonlord”
By Valar
Standout Tracks: “The Moonpath”; “Luthien”; “Roads Go Ever On”

See the intro above for why I think this is fire.

The cinema always provides me with a sense of freedom or grounding depending on what I’m looking for at the time. A few years ago, while on a Youtube cult-film trailer binge, I stumbled upon Portuguese powerhouse Auteur Pedro Costa. His most-discussed work is this trilogy about a Cape Verde immigrant community with a physical center comprised of this one government housing project. The films relentlessly strike emotional cords, despite what often feels like a sloppy documentary style. Not to mention, the Dutch Master painting-looking cinematography, which really ups the dignity side of the project’s beauty.

The use of music is fairly minimal in these films, and rarely is there ever non-diegetic sound. When Costa does include a song, and it’s usually about one per movie, you better pay attention because it’s a heavily considered choice with regards to reinforcing the film’s world and central ideas.

In the second part of the trilogy, In Vanda’s Room (2000), you hear a muffled version of “I’ve Got the Power” burrowing through the walls as the two leads smoke what seems like some kind of crack spin-off. So why is this poignant to me? Because “I’ve Got the Power,” in all of its electricity and mania, has always seemed like the ultimate crackhead song. This particular song above, however, is more on the uplifting-beauty-dignity end of the spectrum. I first encountered the music of the traditional Cape Verdean band Os Tubaroes (or “The Sharks”!) in the trailer for Colossal Youth (2006). This is “past life worker solidarity fantasy psych soul” for dreamers.

“Where You From?”
By Rick Ross, Featuring Project Pat

Rick Ross is a great rapper. At his peak, he was the master of ghetto messianic sloganeering. Call him a child of Tupac, Master P, and Nas. Also, Scarface and Farrakhan and Ric Flair. Aspirational stunt music. And when he was fucking with Lex Luger, he had the whole hood in tune. Monster Truck Money Counter Music. He straddles a niche line of mature, stately, don-like grace and young hot n***a regressive chaos. I mean that he’s always pushing big picture projects to a multi-millionaire’s perspective, but he complicates it with pressure cooker I.E.D. anti-joiner, goon-headed, distilled ignorance.

One could also extol his rap all-star curation abilities. Rick Ross is like a rap fan fiction writer when it comes to pulling out obscure or underused characters. A lot of my friends always text me to ask about “Where You From?” which is a particularly dark royal procession of evil ballers-type track. It’s so aggressive and Rick sounds especially grated and raw. It’s almost as if the song is so intense that no one’s brain wants to hold it in and remember the title because it’s so evil. But there is a place and time for it. It will help you find strength in trying moments, but you can’t abuse it. This song is a good song that’s bad for you.

“My Ghetto Heroes”
By Master P

In the ‘90s, Afrocentrism was front and center of mainstream Black American life. This was evidenced by often somewhat flat representations of the “Conscious Pan Africanist-5%’er-Nation of Islam” archetype in many hood classic films, “urban” sitcoms, and even a broad lucrative lane of rap music. I was raised beneath a loving warm Black Sun. Taharqa, Mansa Musa, Nzinga, El Hajj Malik Shabazz, Assata Shakur were my childhood heroes (besides Havok, Bishop, Gambit, and Roberto Dacosta). However, at an early age, I wrestled with a divide between what people nowadays refer to as “woke” Black people and “regular” Black people. Due to me having a family from New York in Atlanta — and my speaking something more akin to standard English on Parkway in 4th Ward, or Club Candlewood in College Park — I would get joned/roasted/ostracized. Looking back though, sometimes I was being the type of nerdy asshole kid who corrected people’s grammar.

As an older man who’s slightly somewhat more anarchist (I’m a capitalist centrist IRL), I find “Respectability Politics” to be an insidious tool of division, oppression, and silence. Frantz Fanon always said listen to the people; don’t come at them expecting to fix their problems, but rather to listen and work together. Mom always says, “never be scared of your own people.” But of course all things in moderation. Or rather, “maintain preparation for dynamic responses to changing conditions in a 5-D Mandela Effect World!”

Master P ruled my late elementary school years before passing the torch to Cash Money in a pre-southern-rap-full-spectrum-dominance world. My bro Mickey once said to me that a really cool by-product of the media frenzy around celebrities’ issues with abuse, predation, and exploitation is potentially a generation will come about that doesn’t assume efficacy in one capacity — like making good art — equals human worth or internal merit. Master P eschews veneration of athletes, corporate figures, and celebrities in favor of hustlers and gangsters who uphold the codes relevant to P’s creative and literal universe. He can’t speak on everything anyone is up to, but there are solid ancestors in the street before him that put the star high. It’s also really spooky that he shouts out another Mike Brown in this song.

The position of gratitude is a position of strength. There’s a yiddish proverb about how paradise with a fool can be worse than hell with a wise one. An applicable concept, if ever, especially in the realm of interfacing with culture (I prefer that phrase, compared to “consuming art/music”). Ana Roxanne, who I’ve encountered in a myriad of contexts — as she is literally my roommate’s best friend — is an example of a gem hidden in plain sight. Ana always kept it brief with a cautious airy stoicism that would encapsulate me in a field of “I better respectfully keep it moving.” I recently had the pleasure of catching her set at the release party for her new self titled EP on Leaving Records. Her voice is like maternal primordial water from space, and the minimal-yet-ripe power of her music has fully imposed itself on my emotions. From what I’ve experienced, Ana’s style seems to represent that of a Biblical Proportion Progressive Pop Diva. If Ariana Grande is the highest parts of Mariah Carey (but sustained and always demanding money for her “emotional labor”) then Ana is like an angel whose body is trapped in a minaret synthesizing Whitney Houston’s heartbreak, Madonna’s rare reverent moments, and Anita Baker’s gleeful human saxophone esophageal control. Together, Ana Roxanne soars through higher realms that exist in us all.

“Kiss It Better”
By Rihanna

There is only one Queen, and it ain’t Nicki or Beyonce. I drew the image below because of this Rihanna song (back when it came out, of course). That’s right, even Edge-Deity Lo Fi Dungeon Synth Seinen Freaks get in their #BASIC human emotions sometimes. 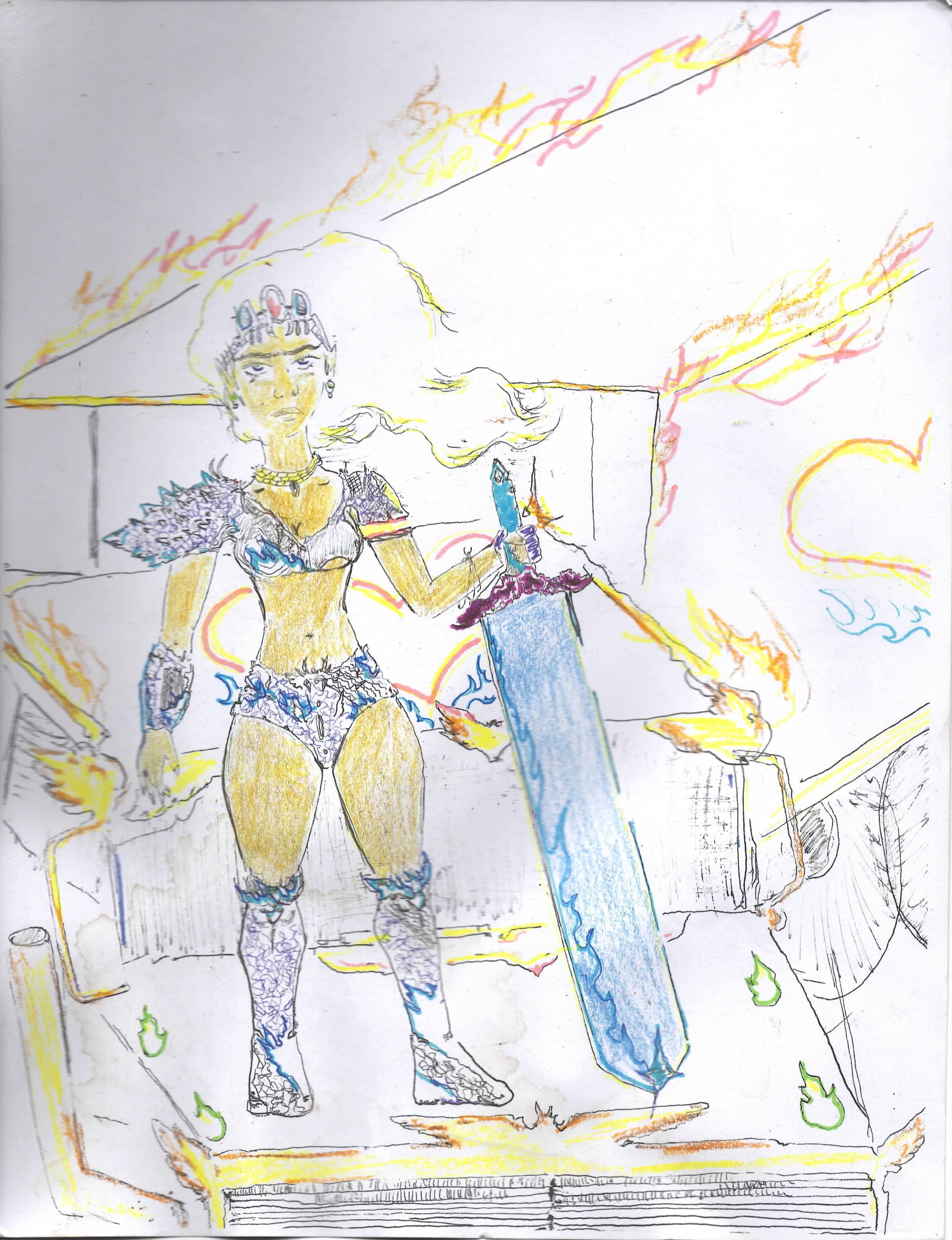