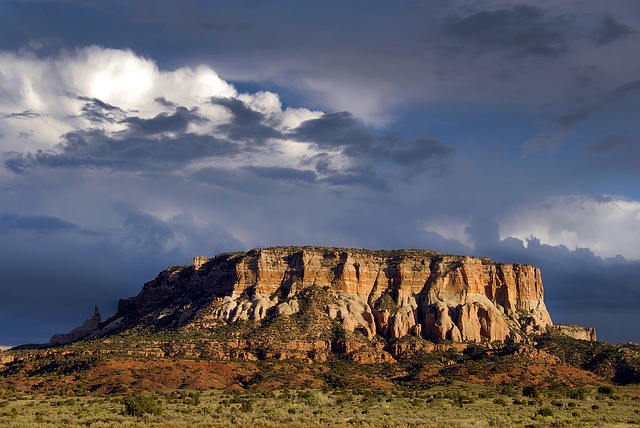 If a new concept being batted around in New Mexico ends up rolling out, it will be a first in the early stages of legalized weed in the USA.  In a story I read this morning on this website, the state of New Mexico could be the first state in the USA to feature it’s own marijuana stores operated by the government and have subsidized medical cannabis for the poor.  This bill was brought together by both the Republicans and Democrats as many new States are starting to enter bills legalizing recreational selling and consuming of marijuana.  Just yesterday I touched on the status of New Jersey and the new bill brought there.

In this deal, the state would oversee most of the sales and also make sure that anyone who purchases marijuana carries a receipt or otherwise face a penalty for not doing so.  Anyone of lesser fortune, (the article used the word “poor” but I think that’s in bad taste to use that word) who has a “debilitating medical condition” and can’t otherwise afford their meds would have their medical marijuana subsidized.  The money made via taxation from recreational sales will help pay for counseling programs as well as employment and training to get into the marijuana business niche.

Everyone here knows by now that I’m very pro-marijuana by now, am I right?  ?  While I’m trying to save money as a consumer, I am all for taxation in this case because I’ve seen first hand how much revenue taxing the recreational purchases in Nevada have really helped the economy.  The numbers are staggering and it’s really changed the game out there.

As stated, this would be the first state in the USA to have the regulatory framework through legislation to have state-run stores as well as medical cannabis subsidization.

We now have legal recreational marijuana in ten states plus the District of Columbia, all of these have come by form of ballot other than Vermont, which does not have a final decision on having commercial production and sales of marijuana but does allow personal use and growing.  Recreational cannabis missed passing in Hawaii last week.

This bill still has to pass in New Mexico, of course, and there are obstacles in the form of conservative Democrats.  The Democratic Senator John Arthur Smith said “It’s not a priority.”  Although, there are many supporters, including Sen. Peter Wirth, who said this could be a “game changer.”

With marijuana being so close in neighboring Colorado, it has to have been tough watching all of the success, as well as tax dollars, pour in from their bordering neighbor to the North.  It’s like sitting on the sidelines watching someone else score goals, I imagine.

Also mentioned in the article was that possession up to 1 ounce would be legal, just like it is in Nevada.  Also, a 17% tax would be put on all recreational sales of marijuana.

I’ll keep tabs on this as this story develops.  New Mexico, I’m officially sending you positive vibes and thoughts so you can get this done and enter the game of recreational marijuana.  And lastly, I’m really happy that they have the plan to help the less fortunate obtain medical marijuana through subsidization.  This is something that should be done in all 50 states as they pass legality hurdles.