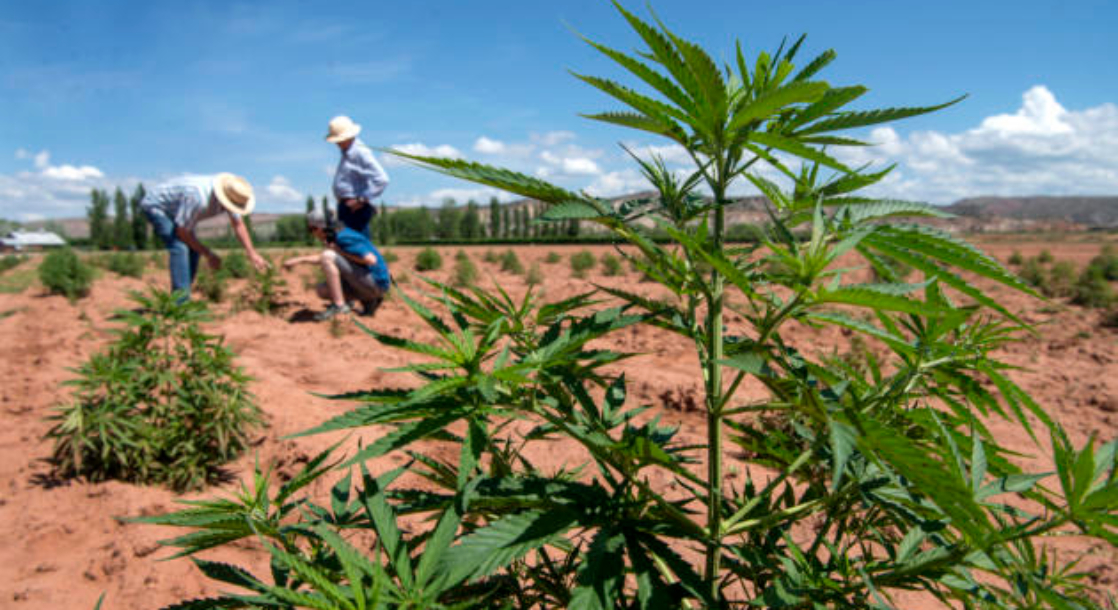 New Mexico’s highly successful medical marijuana program has been in a constant state of growth since its inception in 2007. As of last month, over 80,000 patients are legally using cannabis to treat nearly 30 qualifying conditions, and regulators may expand the program even further. This constant expansion has been great news for patients and industry leaders alike, but the growing demand for weed is putting a heavy strain on the state’s water supply.

Last month, two water companies in rural Sandoval County wrote a letter to state authorities warning that local cannabis farmers were depleting their water supplies. The letter explains that these two suppliers are only equipped to deal with small, rural populations. The Peña Blanca Water and Sanitation District supplies water to 448 people on the east side of the Rio Grande between the Cochiti and Kewa pueblos, and the Sile Mutual Domestic Water and Sewer Association serves 154 people living west of the river in the same area.

According to Peña Blanca district president John Gurule, the average household in the system uses about 3,000 gallons of water per month. But when cannabis farms set up shop in the area, water demands skyrocketed. One single weed farm with multiple greenhouses in the Peña Blanca area is logging 20,000 gallons of domestic water use per month, taking a big toll on the total water supply.

State law prohibits farmers from using domestic well water for any form of agriculture, including cannabis cultivation. Farmers are instead required to acquire valid water rights for irrigation purposes. The water suppliers believe that some of these weed farms have been using treated drinking water to irrigate their crops, rather than relying on their own water source.

“The [cannabis] companies may think that the water rights were already taken care of when they purchased the property,” said Gurule, the Associated Press reports. “We see the potential for these farms to bring economic growth to a rural community, so how do we support that growth while bringing water to our residents?”

In order to solve this problem, the water suppliers are asking state officials to force medical cannabis producers to prove that they have a valid water right for commercial agriculture.

John Romero, director of the Water Rights Division and the Resources Allocation Program for the Office of the State Engineer, noted that these water systems already have a history of water overuse, poor infrastructure, and limited revenue.

“Cannabis hasn’t helped this situation. It is illegal to use domestic well water for agriculture, but it is up to [Sile and Peña Blanca] to enforce that,” Romero said, according to the Associated Press. “We can’t police every mutual domestic water association, but we will work with them and help to see if these properties have a valid water right for what they want to do.”

These water supply issues may be getting even more complicated in the near future. Governor Michelle Lujan Grisham is currently pushing for full adult-use legalization in the Land of Enchantment, and legislators could possibly achieve this goal by the end of this month. A government panel has predicted that the market for legal weed could exceed $600 million, but the increased demand for weed production is sure to intensify the demand on the state’s limited water supply.