New York Governor Andrew Cuomo marked this past Veteran’s Day by signing a measure that expanded the state’s medical cannabis qualifying conditions to include post-traumatic stress disorder (PTSD). The legislation was sponsored by Senator Diane Savino, a proponent of the inclusion since the program’s infancy.

The bill received near unanimous support in the Assembly with a 131-8 vote, and with a Senate approval of 50-13. Its passing expands coverage to an estimated 19,000 New Yorkers. In doing so, it is expected to bring needed relief to a series of New York residents, including its veteran population. Additionally, it could bring hope to the state’s sagging medical cannabis market, but only if neighboring states don’t deflate New York’s market.

With time against New York State, the expansion is welcomed but more questions remain on the horizon.

The Disconnect in Albany Halted MMJ for PTSD

Legislators, Governor Andrew Cuomo and his top officials never saw eye to eye on medical cannabis. The Governor has been conservative on the issue with a self-described “open mind” since the topic arose a few years ago. Legislators initially included PTSD in the state’s program. However, Cuomo sided with the opinion of his Commissioner of Health, Howard A. Zucker, who recommended the exclusion. 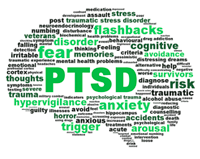 Senator Savino told Medical Jane that the bill’s champions tried swaying leadership with findings from other states and countries. This included research into the benefits of cannabis against regularly prescribed medications like Ativan and others from the family of tranquilizers called benzodiazepines. It’s unclear which studies were used; however, findings in recent years have mostly concluded affirmative results regarding cannabis and PTSD.

A 2014 open study of Delta-9-THC found that “THC caused significant improvements in PTSD.” This aligns with a 2011 German study of THC and PTSD that noted “a significant improvement in quality of life” occurred in most subjects. A 2017 Annals of Internal Medicine review, however, found insufficient evidence to draw any conclusions. The review went on to note that “several ongoing studies may soon provide important results.”

The efforts of Senator Savino and others proved unsuccessful, but an agreement was reached for a review 18 months after the program’s July 2014 signing. At that time, the Governor and his Commissioner stood firm on their stance.

“So we set about deciding that we wanted to pursue legislation to add it to the program,” Savino explains. This included talking points centering on New York’s veteran population, as well as others in significant pain and discomfort. It would take another year for the decision to change in January 2017.

The Potential Impact and Future of NY’s Medical Cannabis Policy

New York State’s medical cannabis market has been underwhelming to say the least. It began with severe criticism of the program’s strictness. From there, access became an issue with only a small amount of dispensaries allowed to operate in the state. This left large areas of New York, as well as millions in three of New York City’s boroughs, unserved. And, it wasn’t just the program’s rules causing the issues. A lack of education on both the patients and practitioners exacerbated the issue.

The lack of education resulted in just over 1,100 medical professionals participating and serving 23,500 patients as of July 2017. Recent improvements to practitioner enrollment could increase its number. However, doctors, patients and politicians like Senator Savino have noted the disconnect on all sides of New York’s markets. To counter the problem, parties from all sides continue the laborious task of informing citizens and professionals alike about the program’s benefits.

In total, it’s costing New York valuable tax revenue. The program earned just a fraction of its estimated $4 million in state revenue from sales for the 2016 fiscal year. The inclusion of numerous New Yorkers to the program could provide a lifeline. Senator Savino noted though that New York State may not benefit as other states have. “We’ll have legal marijuana in New Jersey [soon]. We already have legal marijuana in Massachusetts. So, we’ll have it to the left and right of us,” describes the Senator. “That’s going to have an effect on the program no matter what.”

She went on to note that medical marijuana patients may opt for out-of-state, non-medicinal options instead. With a small marketplace, New York’s prices can be high and leave patients without insurance to offset any of the cost. Instead, the allure of low cost recreational strains may remedy their ailments enough to go to New Jersey or Massachusetts.

Savino notes that this may force the state’s hand to accelerate its discussions about recreational usage. The Governor remains unconvinced, but with the state standing to lose millions in revenue each year, the standard seven to ten year evaluation period may be revised. “We may not have that luxury to wait and see what happens,” Senator Savino said.

Advice for the Future from a Politician

Today, 29 states and the District of Columbia participate in the cannabis marketplace. Unfortunately, any federal progress appears halted due to the current administration, namely Attorney General – and staunch anti-cannabis proponent – Jeff Sessions. Sessions, who renounced his fondness for the KKK due to their marijuana use, and also claimed “good people don’t smoke marijuana,” has alarmed many in the cannabis community. That fear is not a concern for Senator Savino. Instead, she suggests that supporters focus on elected officials instead of appointed rule enforcers.

With 336 members of Congress representing these 29 states and Washington D.C., the Senator suggests further outreach to elected officials. She encourages citizens to get involved on the local level as well. Her advice at a November cannabis networking event in Manhattan urged young people to get better involved. When one person asked how he could leverage a social media following into political action, she countered asking if the person knew their local official. She noted that it starts by recognizing your officials on all levels and building from there.

With data largely siding in favor of cannabis use for PTSD, and New York’s marketplace in need of a boost, the state was able to expand its medical marijuana program to where some thought it should have begun initially. With financial threats from Massachusetts and soon New Jersey, New York State’s market is still far from thriving. However, finances pale in comparison to the compassionate coverage cannabis will offer thousands of PTSD suffers. In that regard, it appears that New York’s program is finally getting a long overdue win.