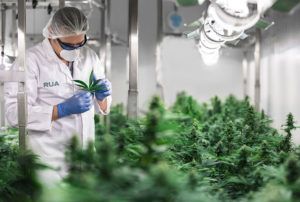 (This story has been updated with industry reaction.)

Preliminary results show a slim majority of voters in New Zealand rejected the country’s referendum on a proposed bill to legalize and regulate sales of adult-use cannabis, the country’s Electoral Commission announced today.

However, the official outcome will not be known until “special” ballots are tallied, which will take place next week.

Those ballots – cast by overseas voters, the military, prisons and hospitals – add up to an estimated 480,000 votes.

About 1.28 million were opposed.

Since today’s result is provisional, it is possible next week’s results could determine the final outcome.

But Manu Caddie, regulation and innovation lead for Rua Bioscience in the Tairawhiti region, said it is unlikely the special ballots will be enough to flip the vote for the “yes” side.

“To overturn the preliminary result will require the Special votes to be at least 70% in favor, which seems unlikely, but not impossible,” he told Marijuana Business Daily.

“The medical cannabis opportunity remains our focus as a business now and represents a huge opportunity for New Zealand, in both economic terms and in terms of increasing patient access to valuable Cannabis medication,” said Mike Breeze, managing director of licensed producer Pure Isolation.

“The conversations leading up to the referendum have improved awareness of the current availability and shown the overwhelmingly positive support for medicinal cannabis here in New Zealand,” Zoe Reece, founder and CEO of local cannabis firm Ora Pharm, told MJBizDaily via email.

The Commission had said it would count the referendum ballots after the Oct. 17 vote to focus on parliamentary elections held the same day.

The Labour Party, which won a commanding majority on Oct. 17, had promised to introduce the Cannabis Legalisation and Control Bill into Parliament if a majority of voters support the referendum.

That proposed bill was released by the government earlier this year to give voters a clear picture of what they were voting for, or against.

Business leaders had called that legislation “world-leading” for provisions that would reserve market share for micro-cultivators, prioritize indigenous-run business and allow for consumption lounges.

Only two countries have legalized adult-use cannabis at a national level so far – Canada and Uruguay.