It’s Okay to Carry Both

That statutory collision sparked anxiety around the state, triggering fears that residents would have to choose between one or the other, or face prosecution.

When voters passed the state’s medical marijuana initiative in 2018, they unwittingly created a conflict with Oklahoma’s open-carry laws.

That angst resulted in a wave of new business for attorney Robert Gifford, a former federal prosecutor now in private practice. “As a lawyer I [told] people, ‘This is the law, and you will be in violation,” he told Leafly.

But, Gifford says, the two databases—of people with open-carry permits and medical marijuana cards—were never cross-checked, and no one got arrested or had their card or open-carry permit confiscated.

For a time, Gifford suggested creative ways for people to reduce their exposure. “I asked people, ‘Do you really carry? It would be safer to give up your [carry] license—not your gun—and keep your gun in your trunk. Do something like that, you so don’t run the risk.”

Finally, in March, the state Legislature took the issue head on. The so-called Unity Bill, which adds new layers of regulation to the state’s medical cannabis industry, specifically states that registered patients won’t be denied the right to own, purchase, or carry a firearm solely because they also hold a state-approved permit to use medical cannabis. The bill passed the legislature and was signed into law by Gov. Kevin Stitt on March 14, 2019.

The language in the new law states:

The new state law does not, of course, change or address federal law, which still considers cannabis an illegal Schedule I drug. Under federal law—18 U.S.C. 922(g)(3) if you want to look it up—a person who is “an unlawful user of” a controlled substance is prohibited from owning a firearm. So if you commit a federal crime with a firearm while possessing state-legal cannabis, it’s not so good.

However, the federal background check system used to vet purchasers at federally licensed firearms dealers only scans databases looking for obvious red flags like felony convictions. The National Instant Criminal Background Check System (NICS) draws from three databases, all of which focus on criminal justice records. Most state medical marijuana registration databases are compiled and kept by state health department officials, who do not upload data into those NICS databases. So if you’re registered with the Oklahoma Medical Marijuana Authority and attempt to purchase a firearm, your MMJ status should not come up during the federal background check. What you choose to voluntarily disclose on any background check application is up to you. 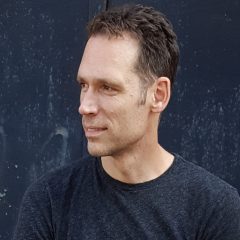 Is a natural remedy like cannabis an antiviral for Covid-19?

Is a natural remedy like cannabis an antiviral for Covid-19?