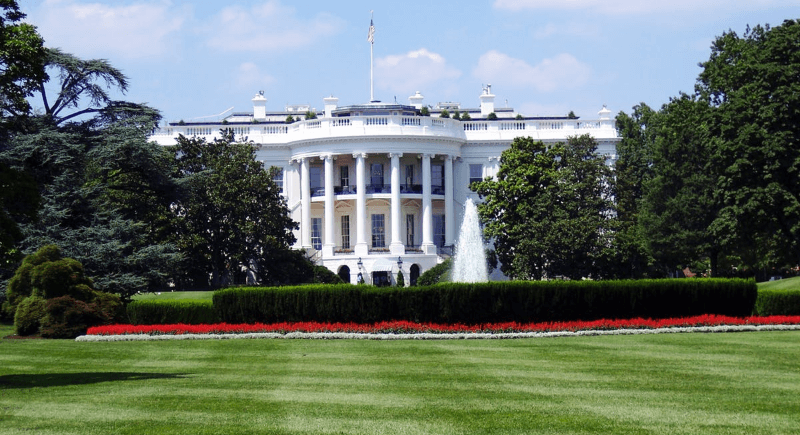 Our recent cannabis study found that a politician’s stance on cannabis has a direct effect on a fraction of voters within that politician’s jurisdiction. Let’s take a look at some politicians who support cannabis and some who are still against cannabis legalization.

As a long-time representative of California’s 13th congressional district (Oakland and northern Alameda), Barbara Lee has served since 1998 and continues to be a progressive voice on a number of issues in federal government. She has been a longtime supporter of the legalization of cannabis. In 2008, Barbara Lee won an award for outstanding public leadership from NORML (the National Organization for the Reform of Marijuana Laws).

In January of 2018, Lee introduced the Refer Act, which would actively protect state cannabis laws from federal intrusion. She later supported the Marijuana Justice Act, which aimed to remove cannabis from the Controlled Substances Act, essentially decategorizing it while expunging criminal records and creating a fund to support communities disproportionately targeted by the war on drugs.

The senior U.S. senator for Oregon, Ron Wyden has consistently been supporting the decriminalization of marijuana, but his support grew since 2014, when Oregon legalized marijuana statewide. His support has covered all bases, including a focus on removing federal restrictions that would prevent cannabis businesses from taking advantage of normal banking services and tax deduction expenses. He also supports a federal tax on marijuana sales and completely removing cannabis from the list of federally controlled drugs.

First elected in a special election in 2013 and eventually winning a full-term campaign in 2014, Cory Booker is the U.S. Senator from New Jersey. As a member of the Judiciary Committee, Senator Booker was one of the greatest champions of marijuana reform. He has introduced or sponsored almost every major marijuana reform bill considered by the Senate. Along with the CARERS Act in 2015, which aimed to legalize medical marijuana, Booker introduced the Marijuana Justice Act in 2017. He is currently one of the 10 senators sponsoring the STATES Act, the current bipartisan vehicle for legalizing marijuana.

Bob Goodlatte was formerly the representative of Virginia’s 6th district who chose to retire and not seek re-election in 2018. However, as the former chairman of the House Judiciary Committee, his influence on cannabis legislation had some profound effects. During his tenure, Goodlatte controlled the agenda for all the bills related to criminal justice. This meant blocking nearly all hearings on major marijuana reform, including the STATES Act. He also blocked state-level reform, which included sponsoring the ENFORCE the Law Act of 2014. This bill failed, but it would have allowed Congress to sue then-President Obama for not enforcing federal marijuana laws in states that had legalized cannabis.

Andy Harris has represented the constituents of Maryland’s first congressional district since 2011. Representative Harris has a bad voting record when it comes to federal marijuana policy, but he has also instigated multiple fights to prevent Washington, D.C., from ending cannabis prohibition within its own district lines. In fact, Representative Harris actively tried to stop the D.C. Council from decriminalizing marijuana possession and home growing in 2014. He was eventually successful in preventing the District of Columbia from regulating commercial sales of cannabis.

Senator Mitch McConnell of Kentucky is the Republican Majority Leader and currently the longest-serving Republican leader in Senate’s history. Although he did support hemp, he is otherwise still a reaffirmed proponent of cannabis prohibition. He draws a hard line between hemp and cannabis with no plans to support decriminalization.

If you know other political candidates who support or oppose cannabis, comment below!

How long will weed stay in the system? Ask An Expert with Dr. Markus Roggen