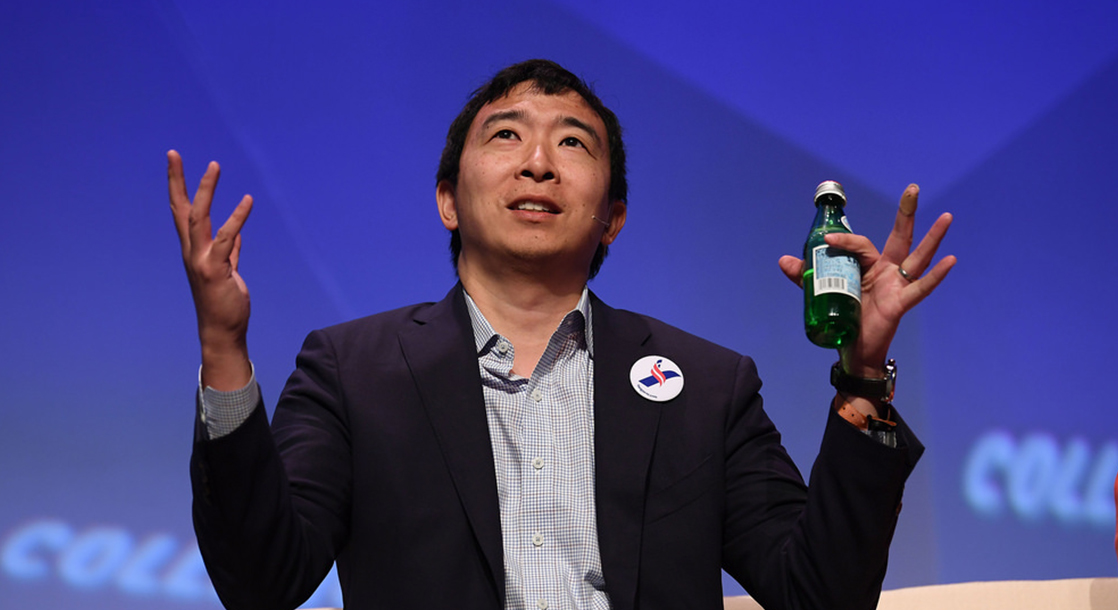 “We need to decriminalize the possession and use of small amounts of opioids,” stated the website’s brief. “Other countries, such as Portugal, have done so, and have seen treatment go up and drug deaths and addiction go down. When caught with a small quantity of any opioid, our justice system should err on the side of providing treatment.”

In 2001, Portugal became the first nation to decriminalize the possession and use of all drugs, including opioids like heroin. Since then, the country has seen drug abuse rates, overdoses, and other drug-related crimes, like robberies and assaults, drop to unprecedented levels.

Other problems connected to opioid abuse, like the spread of HIV through dirty needles, also fell, according to The Guardian. In 2000, Portugal saw 104 new HIV cases per million people. By 2015, that number plummeted to just 4 new cases per million.

Decriminalizing opioids marks yet another outside-the-box proposal from Yang. Last year, he made universal basic income the centerpiece of his campaign: $1,000, automatically, every month, to every American adult.

A universal basic income, he argued, would assuage a workforce that is increasingly being replaced by automated robots. The funds would come from taxes on the highest-earning corporations.

Yang’s other policy promises include new carbon taxes to rein in climate change, capping the costs of college tuition, increasing teacher pay, granting statehood to Puerto Rico, bodycams for every cop, and, of course, legalizing weed.

It’s Trim Time: A List of Everything You Need to Properly Trim Cannabis

Marijuana Stocks To Watch In December

It’s Trim Time: A List of Everything You Need to Properly...

Are These Marijuana Stocks On Your Watchlist Right Now?

Will Marijuana Finally Be Federally Legal? House Votes Next Week

Marijuana Stocks To Watch In December