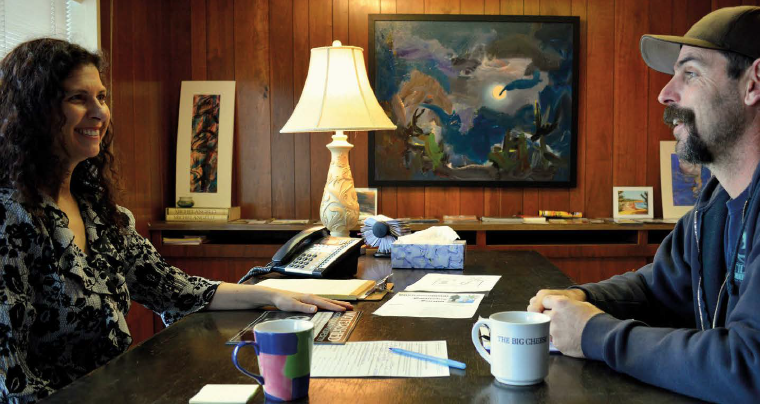 Like many in . the weed industry in the U.S., my work with cannabis as a medicine has changed my life forever. Previously in mainstream media, specifically as a producer/writer in television in Los Angeles, prioer to writing about cannabis, I was not a card-carrying prop. 215 patient. I considered myself a “typical covert stoner” when President and CEO of Canna Business Law, California attorney Kendra Miller, asked me to write about double mastectomy survivor, Dr. Mollie Fry, doing time for helping others with the plant in California.

That story turned into many more as I learned about the once illicit plant I grew up with in Southern California during the 1970s. The knowledge gained helped me put my own breast cancer into remission and  helped me do away with more than eight prescription meds and forty pounds, turning me into a fullfledge patient. My work now takes me across state lines – putting me into some precarious legal situations at times, as city, county and state ordinances collide.

For the occasional question and possible panic situation, it’s good to have a lawyer in your back pocket. Mine is Kathleen Bryson, weed attorney to Humboldt County for the past eight years and now considered a friend, for it takes strong relationships to wade through the muddy waters of prohibition – and in Humboldt trust is everything.

When she phoned me offering a ride and a room for San Jose’s Hempcon a few weeks ago, I didn’t even have to think about it. Who would pass up a ride of five plus hours of non-billable legal chatter with serious discussions on weed? I’m there.

Plus, anyone who knows Bryson understands she’s a lot of fun to be around. There’s never a dull moment; she plays as hard as she works.

Born and raised in Palo Alto, California, home of Stanford University, and nestled in the South San Francisco Bay area, Bryson was raised in the shadows of two open-minded and liberal attorneys – her mother and father. It was natural she go into law, attending the University of California at Santa  Cruz with a degree in Sociology, and graduating from Tulane Law School in 1992.

Her first grown-up, paying job out of law school was across the pond in London as the first in-house “solicitor” to Tesco PLC, the world’s third largest retailer. While in Great Britain she acquired a “blue-eyed, blond Irishman for a husband, but her roots brought her back to California, with family leading her up to the top of the state and Humboldt County – a move she’s never regretted.

“Farming is in my soul,” she explained. “My years in Humboldt have taught me that whatever I am and whatever I hope to be is all down to Cannabis farmers. I would not have a pot to piss in without my dear clients, who are now friends.”

In 2010 she announced she’d run against Gallegos, stating, “You can complain or you can try to do something to change things,” sighting a dysfunctional office in place at the time.

“Maggie campaigned for DA on the promise that violence against farmers is violence, period,” she said. “I have heard judges in Humboldt – judges I deeply respect – blaming victims of home invasions because they were growing Cannabis. If the person were in a jewelry business – also considered high risk – would we blame the victim? Does jewelry put cancer into remission? Diamonds are not a girl’s best friend, Cannabis is – breast cancer be gone!”

With legalization on the horizon once again for California in 2016, Bryson says the future looks bright for Humboldt’s finest.

“For Humboldt, this means we can finally come out of the closet and share the skills we have honed for decades, growing the best medicine in the world,” she shared. “No longer will people have to hide their heads and pretend that they are not a part of an industry that puts food into the mouths of, not just their own children, but every child in the County.”

Bryson doesn’t believe Humboldt farmers belong in the court room, and she has added a fresh face to her pot docket, via business law attorney, Lori Varaich to prove the point.

“With legalization we are going to see business needs explode within the industry,” she said. “With Lori’s knowledge we’ll be able to help with every possible agreement and regulatory advice, corporate governance for non-profits, commercial operating agreements, LLCs, trademark, copyrights – you name it. We’ll be teaming with experts helping farmers with permits, and working with government officials to help open safe access points – something Humboldt has been lacking, ironically.”

A large part of the population of Humboldt is tribal and Bryson is no stranger to its own regulations and different approaches to land stewardship. Add the newly announced right for tribes to grow Cannabis for recreation, and a new set of negotiating skills must be added to the mix.

“The main thing is, we must work with farmers, for farmers, and make it happen for them,” she said. “The future is bright because I hope to represent fewer farmers in criminal court where they clearly do not belong.”

With Colorado’s landslide profit margin making headlines, and the promise of getting California out of the red, Bryson sees nothing but good in the Golden State’s future, albeit, now looking a little greener.

“The business possibilities are endless,” Bryson surmised. “Marketing, public relations, branding, retail, logistics, real estate, science and research, tourism, fi lm, and artwork – all have a place in the industry.”

The medicinal aspect of the plant is not lost on Bryson as she tears up thinking of a dear friend losing a battle with cancer.

“She came to California and put her cancer into remission by juicing and ingesting Cannabis leaf,” Bryson explained. “But, then she had to go home to Utah and is now dying for lack of access. When I think of the medicinal applications of this plant, that’s when I need the box of tissue nearby. I have friends who are alive today because of Cannabis. Without it they would be gone – cancer would have taken them.  Others are not so lucky, and we need to change that.”

Bryson said she looks forward to a world without cancer, illness, or home invasions. She also looks forward to a day when farmers will be able to conduct business with proper security in broad daylight, without fear of persecution. But mostly, she’d just like the negative stigma of the plant to go away for good.

“From what I’ve heard, legalization in Colorado and Washington has brought about education on medicine, not more people getting wasted,” she added. “Let us not forget that alcohol and cigarettes are the real killers – not just in health issues. Alcohol does more to wreck a family, a car, a pedestrian, passenger, or a marriage than any other substance I know of. If you don’t believe me, talk to law enforcement – we share the same clients.”

Education in all areas of Cannabis as medicine is crucial to our healthy future as a species. Understanding plant based medicines, attending workshops, conferences, and networking with likeminded people, Kathleen said, helps her be informed and able to help others.

“While going to events, such as Hempcon, can seem like a big party and networking is fun, learning from the scientists and medicine makers about the wonders of this plant is really what it’s all about,” she surmised. “Witnessing the energy of young people excited about having a business that can bring so much joy – and financial rewards for their hard work – just makes me want to be a part of it.”