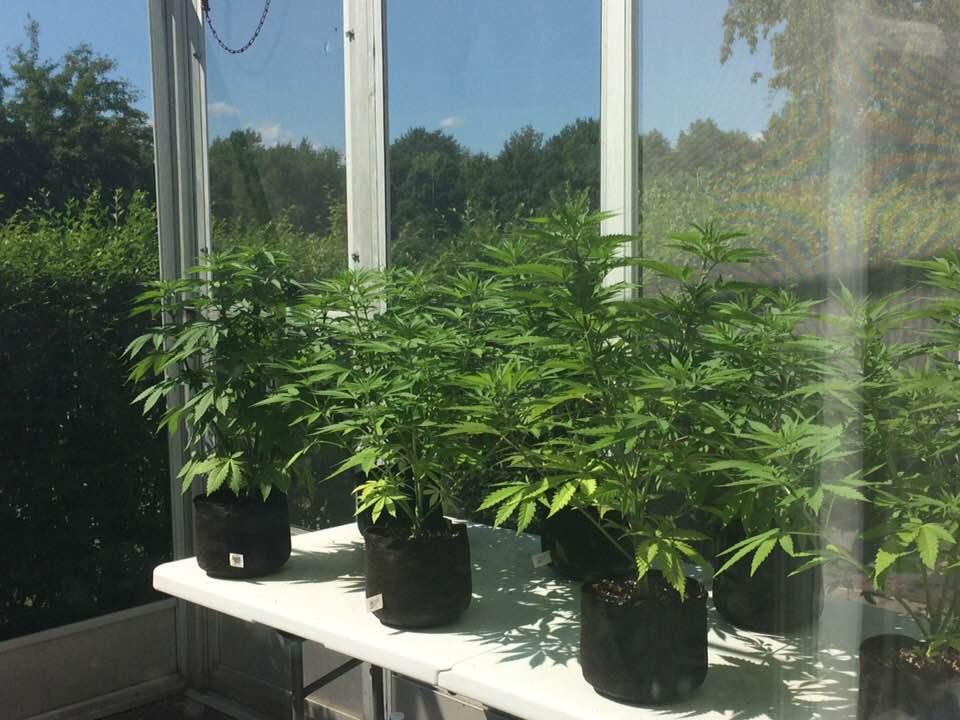 Founder and Executive Director of the Greener Pastures Recovery in the State of Maine, Ronald Figaratto has been sober for 25 years, replacing a crack cocaine addiction with cannabis. Now, he and his wife, Roxie Gullikson, have established one of the first recovery homes in the country using cannabis and other plant-based remedies to transition off drug and alcohol addiction.

“I started using crack cocaine when I was 18 years old while living in Florida,” he shared. “The ease and accessibility of the drug and the immediate, stimulated euphoria it produced, rendered it my drug of choice. The drug quickly consumed every aspect of my life and all my days for the next two years were filled with finding a means to acquire more.”

Like many with a drug addiction, Figaratto said he lost everything – his job, apartment, and his dignity.

“While severely withdrawing, due to not being able to support my habit any longer, I was given a small bag of cannabis from a drug-seeking acquaintance. He said it helped him get off the hard stuff for a while. After smoking the cannabis, my withdrawal symptoms immediately subsided. I recall calmly resting in my car and being attentive to my current situation. It gave me an ego check and left me pondering over my poor decisions. It was then that I had the epiphany to call my parents and get back home to Maine.”

The euphoria from cannabis is said to open one’s third eye, allowing the partaker to see the world in a new light. Figaratto’s epiphany could be called one of those enlightening moments, which turned out to be life-changing.

“I continued to use cannabis and within the year I was attending college and forming positive relationships,” he continued. “I met my wife of 25 years now, Roxanne, and earned a Bachelor of Arts in Psychology and a Masters in Occupational Therapy – graduating at the top of my class, while raising three amazing kids.”

Opening Greener Pastures was in direct response to the opioid crisis in America, after losing a loved one to Fentanyl.

“The inspiration to open Greener Pastures came after being personally impacted by addiction,” he explained. “Not only due to my personal history, but my sister had recently passed away from a Fentanyl overdose after battling addiction for years. The opioid epidemic has become so savage that nearly everyone I know has lost a loved one.”

Figaratto became an expert cannabis farmer and caregiver under the Maine Medical Marijuana Program (MMMP), with patients reporting a reduction in opioid use after adding cannabis, further spawning the idea of a recovery house with cannabis as the cornerstone of transitioning.

“As we began to help more of our patients find recovery through cannabis therapy, more people began to seek us out for help,” he said. “Many of our clients had been heroin free for years as a result of becoming patients at the local methadone clinic – where methadone doses have been dramatically increased over the course of five to 12 years – and they felt anything but free of addiction. Their symptoms and lives did not look or feel like recovery, and they desperately wanted a way out.”

According to the National Institute on Drug Abuse, in 2016 there were more than 64,000 fatal overdoses from opioids, with more than 72,000 documented deaths in 2017.

“Methadone and Sub Oxone have been proven to be problematic regarding increased addiction,” he continued. “There’s a reason why Methadone is called liquid handcuffs, as surveys prove it takes 1.5 times longer to detox from Methadone than heroin itself. Although it has helped some, the fact remains that over 1,000 people are fatally overdosing on Methadone in our country alone each year.”

A day in the life of Recovery

Upon arrival at the home everyone receives a medical evaluation by a medical director, which includes counseling and education on various treatment approaches.

“The treatment plan is continuously reflected upon and revised, as necessary, as the client learns more about what is going to work best for them,” he continued. “We call it CHART – Cannabis Harm Reduction and Recovery Training – a group that honors all paths to recovery.”

A typical day at Greener Pastures for a client starts with a mindfulness wake-up of medication and yoga, followed by a whole-food smoothie or juice infused with cannabinol, or CBD. Depending on the client’s self-directed course of recovery, a client may choose to use a full-spectrum cannabis oil in a vape pen prior to morning yoga.

“Yoga has been shown to reduce boost Anandamide – the bliss molecule, which is an endocannabinoid and a neurotransmitter that binds THC receptors in the brain,” he explained.

Food at the facility is healthy, organic and served with love and a sense of belonging.

“One of the ills of society is the lack of close family and community ties that lead to loneliness and desperation that so often fuels substance abuse,” he said. “A Greener Pastures tenet is, ‘Recovery thrives in Community.’ If we can impart upon our clients the significance of a daily meal shared with a loved one, as a time to nourish our bodies and souls, then we have done a little good in this world.”

The one therapy not found in any other recovery center is an Apothecary workshop, teaching them how to make their own plant-based remedies, allowing them to be proactive in continuing their treatments at home.

“Clients are welcome to use any of the plant-based formulas in stock in our in-house Apothecary, which include Kratom, cannabis, passionflower, chamomile, milk thistle, kava, moringa, valerian, St. John’s Wort, ginseng, turmeric, and more,” he said. “Cannabis options include THC or CBD only, vaporizing with pens, tinctures, flowers to smoke, infused oils, edibles and body creams.”

While all of the synergistic therapies at Greener Pastures cover cognitive, experiential, mind-body-energy, diet, and mindfulness, the careful use of cannabis, Figaratto said, cannabis enhances all of the other therapies.

Mindfulness as Prescription to Wellness

“A mind at ease after a small dose of cannabis can focus more clearly and calmly on the past of trauma and pain that fuels substance abuse,” he said. “One puff of cannabis elevates a yoga session into something truly healing and restorative – where the breath and focus on the range of motion is where the benefits lie. Cannabis fuels mindfulness.”

A paper published in the National Institute of Health’s Pub Med site show that mindfulness encourages more activation of the right hemisphere of the brain, which is more associated with positive thoughts and emotions.

“Synergistically, cannabis is a neuroprotectant and also a neuro-generative – meaning it protects the brain by reducing inflammation, while protecting and repairing neurotransmitters of people whose brains have been damaged by drug abuse and the rigors of acute withdrawal syndrome, or AWS.”

Interesting to note, the U.S. Government has held Patent No. 6630507, claiming cannabinoids as a neuroprotectant since 1998.

Mindfulness, Figaratto said, involves less activation of the left hemisphere, which is more associated with negative emotions and our fight or flight responses.

“Cannabis enables us to make prudent responses, rather than being emotionally reactive. This can turn a lapse into a lesson, rather than a relapse,” he added.

Statistics show more than 60 percent of individuals who receive inpatient treatment end up relapsing, and Figaratto said this is the reason its treatment program focuses on relapse prevention – encouraging and allowing clients to consume cannabis without judgement.

Micro-dosing is encouraged, as with any substance, Figaratto said there still can be abuse – even with cannabis.

“We teach and guide the client to initiate micro-dosing and log all personal effects into a journal,” he explained. “We assist them in finding the right therapeutic dose and mode of delivery that works best for them. Early on in treatment we’ve found that in the acute withdrawal stage, edibles can be most effective. Vaping or smoking is also effective as it offers immediate relief. Using both interchangeably has had the best outcome.”

“Not why the addiction, but why the pain?” – Gabor Mate

Success stories so far have been encouraging, with clients reporting the ability to safely abstain from opioids by using cannabis via an outpatient clinic.

But the real help comes after the layer of addiction is lifted – when the client then deals with whatever led them to substance abuse – be it a trauma or a mental disorder not helped by traditional medicine, with many clients transitioning off of anti-depressants and anti-anxiety medications, as well.

“Our motto comes from author Gabor Mate who asks, ‘not why the addiction, but why the pain?’ Once the client learns about and addresses past traumas that fueled the addiction in the first place, they can effectively use the therapeutic tools we’ve taught them for the rest of their lives. The key to health in any treatment approach – to all life really – is that it is mindful, deliberate and intentional.”