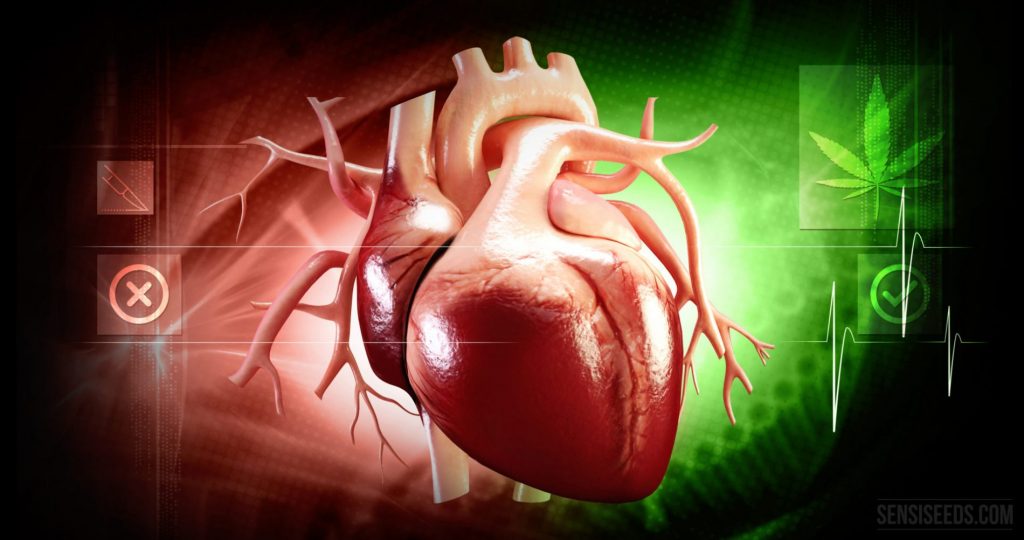 To conduct the study in question, researchers administered a placebo and THC to mice that had undergone skin transplant surgery, transplanting the skin of a group of mice to another group of genetically different mice. As already mentioned, incompatible skin was treated with either a placebo or THC, the active cannabis compound.

By injecting donor spleen and skin cells in recipient mice (thus using rodents as models for humans undergoing organ transplant), the researchers found that the recipient mice treated with THC were less likely to reject the new tissue than those that were treated with the placebo. The study showed that by activating CB1 receptors, THC helped prevent rejection through several mechanisms:

– preventing an increase in the number of T cell receptors in the recipients’ lymph nodes, thereby reducing the likelihood of a rejection of the donor tissue

– stimulating myeloid suppressor cells, which act to decrease the response of the T cell receptor and prevent rejection

– increasing the duration of the survival of skin cells from donors

It is worth remembering another, previous study published in 2013 in the online magazine Journal of Pharmacology Neuroimmune, which already anticipated how THC could stop the immune reaction that causes the transplanted organs to be rejected, in this case through the CB2 receptors. Although this study only used cell culture models, the researchers observed a dose-dependent effect: higher doses of THC led to higher levels of immunosuppression. In addition, two synthetic cannabinoids were also included, and it was found that they could work just as well. Based on these results, the researchers concluded that cannabinoids are promising in terms of improving the success rate of organ transplants.

Study results: THC as a treatment for transplant rejection

This study by the University of South Carolina joins the growing body of evidence that shows that cannabinoids are useful in modulating and reducing inflammatory processes that are involved not only in transplant rejection but also in autoimmune disorders, cancer and other many serious debilitating diseases.

“Altogether, our research has shown that for the first time, in our understanding, cannabinoid receptors can provide a new method of treatment for graft versus host disease (GVHD) and prevent allograft rejection through the suppression of the immune response in the recipient,” the research team that conducted the study concluded.

Given the serious side effects associated with current treatments used to prevent transplant rejection, along with the very favourable safety profile of THC, the authors say that more effective treatments with fewer side effects are desperately needed. Unfortunately, advances in cannabis-based medicine appear to be driven by the development of synthetic compounds instead of pure scientific discovery.

“These data support the potential of this class of compounds as useful therapies for prolonging graft survival in transplant patients,” said Mitzi Nagarkatti, co-author of the Faculty of Medicine of the University of South Carolina, in a statement.

However, various cases have been publicised by the media, such as that of the doctors at the Cedards-Sinai Medical Centre who informed a 64-year old patient named Norman Smith that they would be taking him off the list of transplant patients until he stops consuming cannabis for at least six months, following his positive test result. They also required him to take part in a treatment program for substance abuse in this period. The irony is that, in that same medical centre, Smith had been given a prescription for medicinal cannabis to help him cope with the adverse effects of chemotherapy treatment for his liver cancer. Unfortunately, Mr. Smith died before being included again in the waiting list for a transplant.

The doctors argued that “they had to seriously take into consideration the issue of substance abuse, since it often plays a role in the progression of diseases that may require transplantation, and it may adversely affect a new organ following a transplant.” (Dr. Colquhoun). Again, it is ironic that this statement is not based on scientific evidence, given that cannabis use does not cause organ malfunction or failure.

Moreover, equating the use of a medicinal herb for pain relief in terminal disease with a substance abuse problem seems to be an error in judgment on the part of a healthcare professional. These statements are based purely on stigma and ignorance. Unfortunately, such prejudice from some doctors may have fatal effects on the lives of innocent people; people who are ill and require a transplant as much as other patients in the same situation.

Undoubtedly, there is a need for a change in existing policies that deny access to healthcare for these people, so that cannabis is recognised as a legitimate medicine. Policy makers would do well to take a page out of California’s book, where a law has been passed to protect such patients.

No doubt this study, like many others before it, demonstrates the need for further and more in-depth research into the usefulness of THC in preventing the rejection process in humans. The potential of THC in this field should be explored in order to prolong and save many more lives worldwide – lives that are given a second chance thanks to donations made altruistically by thousands of caring people. Lives which, thanks to THC, could overcome the awful prospect of rejection after receiving a much needed transplant. If only laws did not stand in the way.