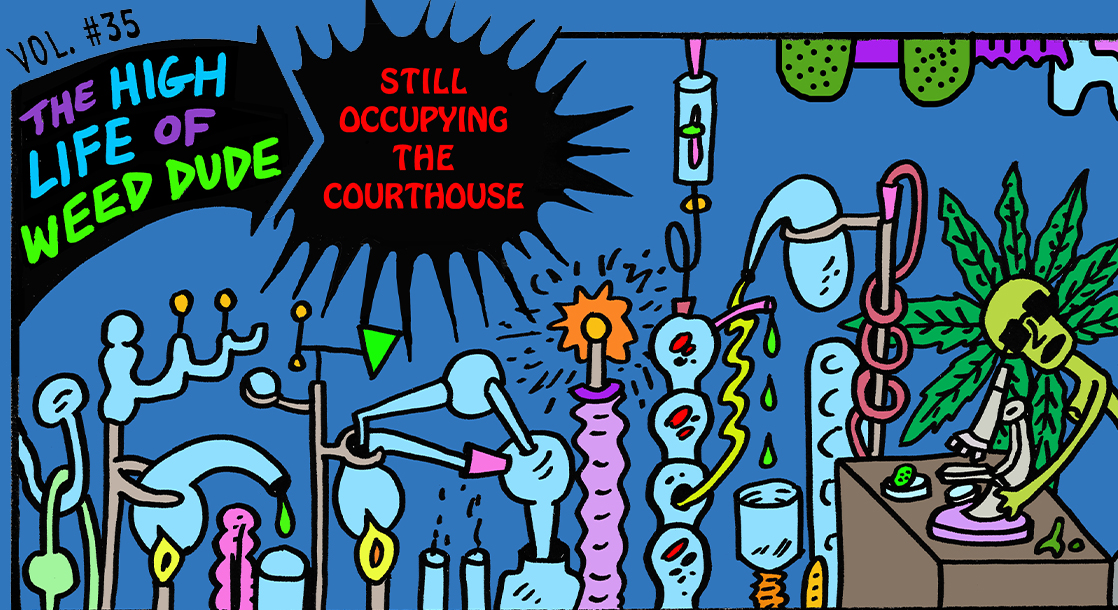 Welcome back to The High Life of Weed Dude, a pot picaresque about an anthropomorphic weed plant who’s forced to leave his cannabis garden due to a chemtrail raid by the government. After getting booted from his farm, the humanlike herb moves to NYC to start selling ganja — which, of course, he can grow off his own body.

In volume #35, Weed Dude finally realizes it’s time to fix his missing limb. Remember way back when Misty the Cat ripped it off? We don’t either! (Anything prior to this morning is a lil hazy…)

Anyway, our hero needs his left limb, specifically for self-love purposes. “I never got used to using my right arm, ya know?” says the onanistic herbman. And guess what — Weed Dude’s own Weed-Glo strain is so damn strong, so damn medicinal, that it might just do the trick!

Will Weed Dude regrow his arm and be able to crank his sexy stems once again? There’s only one way to find out!

Dig into the dank visual feast below, created by the inimitable Mike Diana. And for more on the series, revisit the previous installment here.