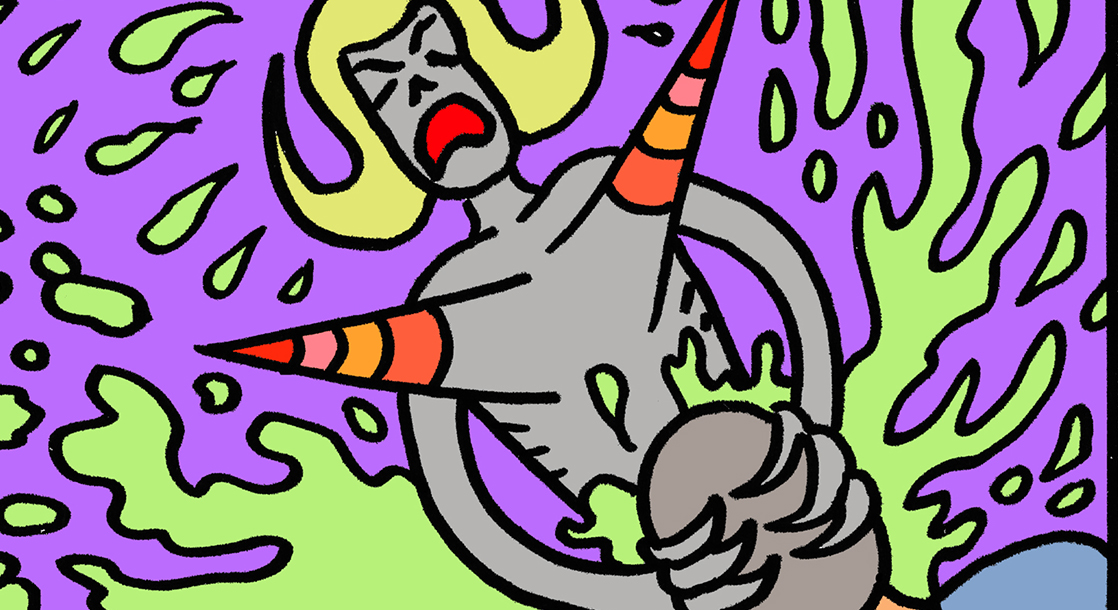 Welcome back to The High Life of Weed Dude, a pot picaresque about an anthropomorphic weed plant who’s forced to leave his cannabis garden due to a chemtrail raid by the government. After getting booted from his farm, the humanlike herb moves to NYC to start selling ganja — which, of course, he can grow off his own body.

In the previous installment, Weed Dude’s nemesis — the evil scientist who turned him into talking THC — unleashed his canna-cat monster on the city and used his reefer ray gun to turn New Yorkers into crystalline cannabis.

Now, the tech-enabled narc is about to meet his marijuana maker. Remember the sex robot who joined Weed Dude in the fight against prohibition and cops everywhere? Well it’s her turn to get revenge on the evil scientist — after all, he built her without a clitoris. And justice will be served!

Dig into the dank visual feast below, created by the inimitable Mike Diana. And for more on the series, re-visit the previous edition of the comic here. 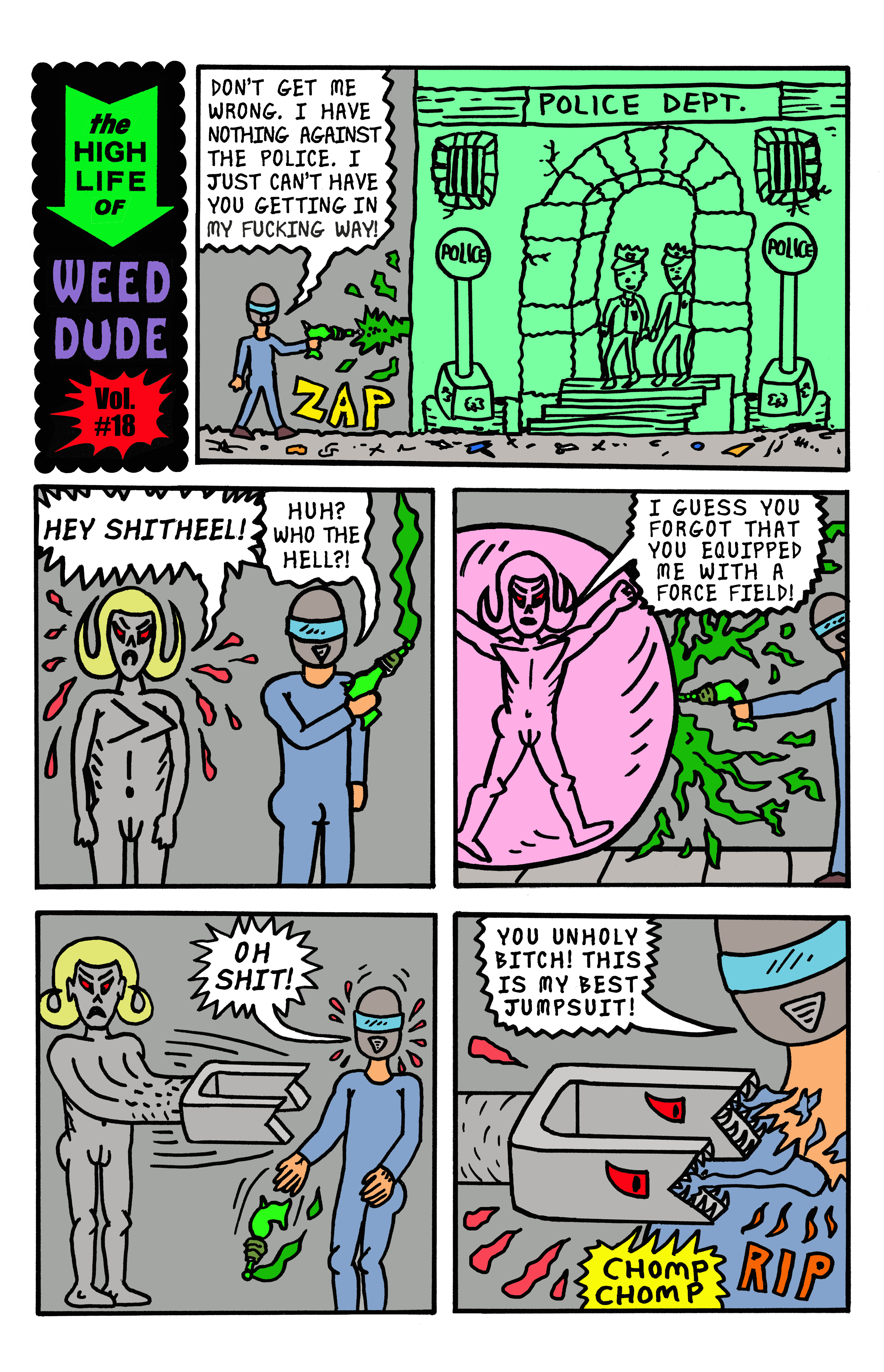 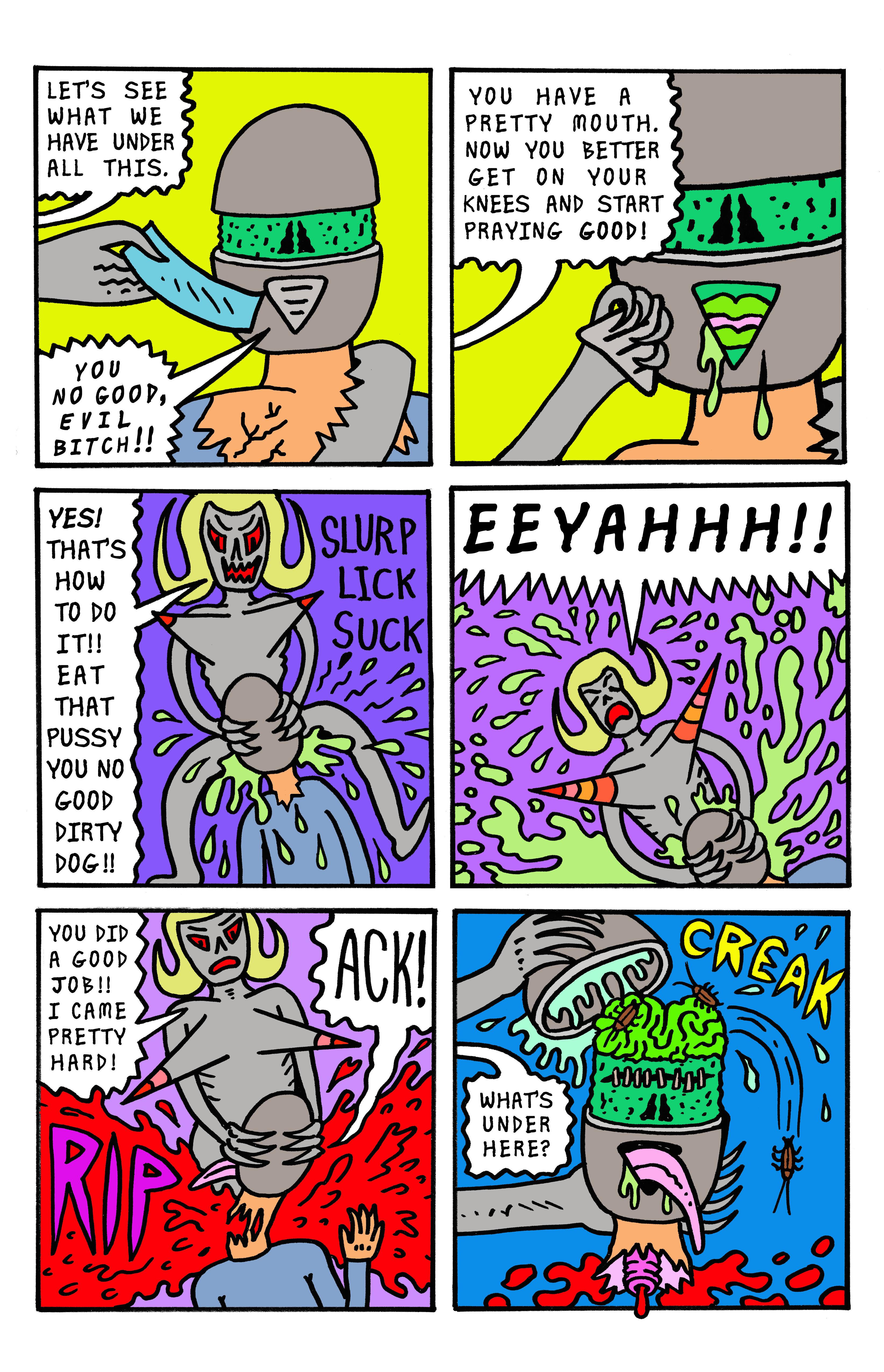 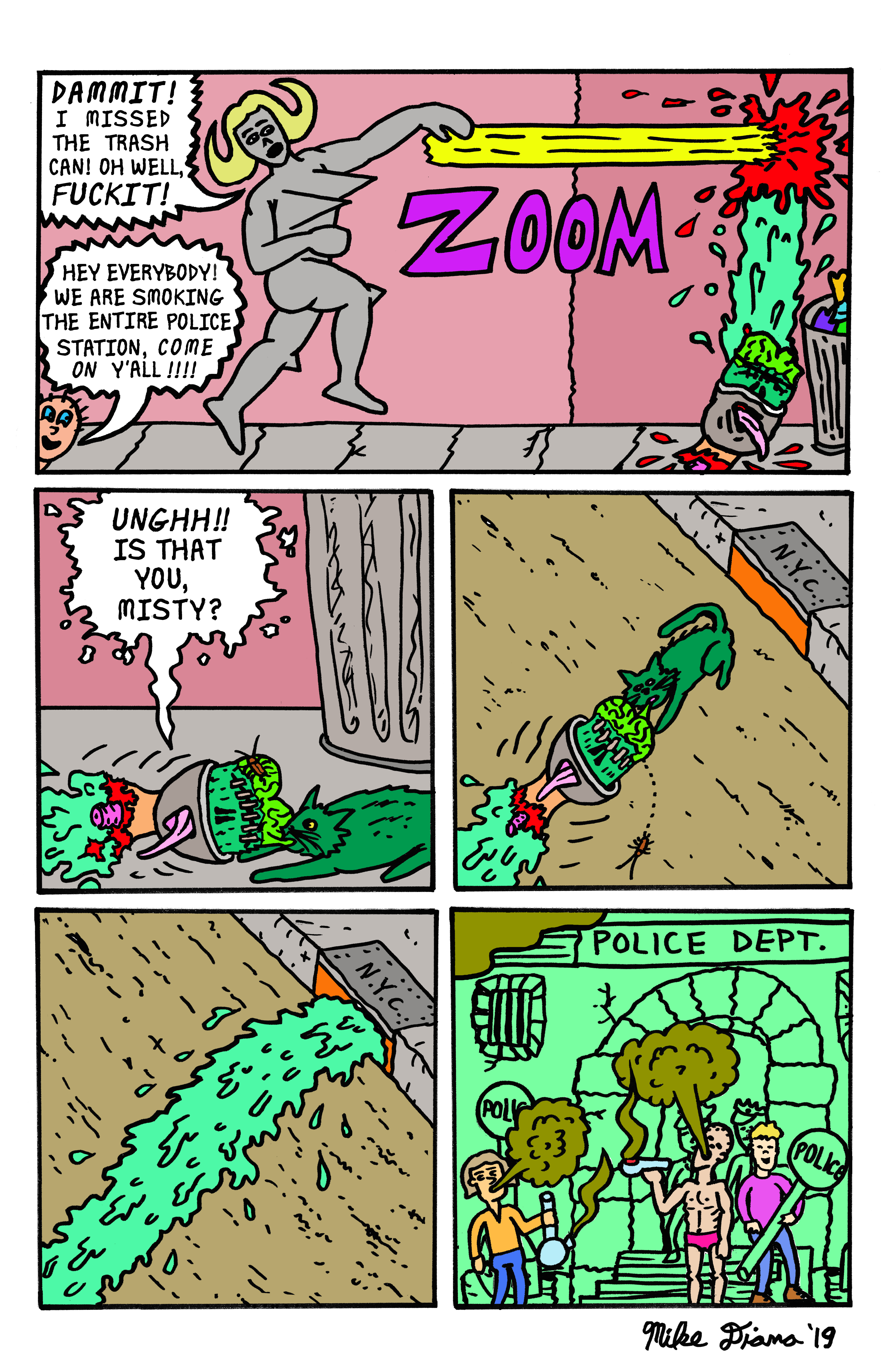