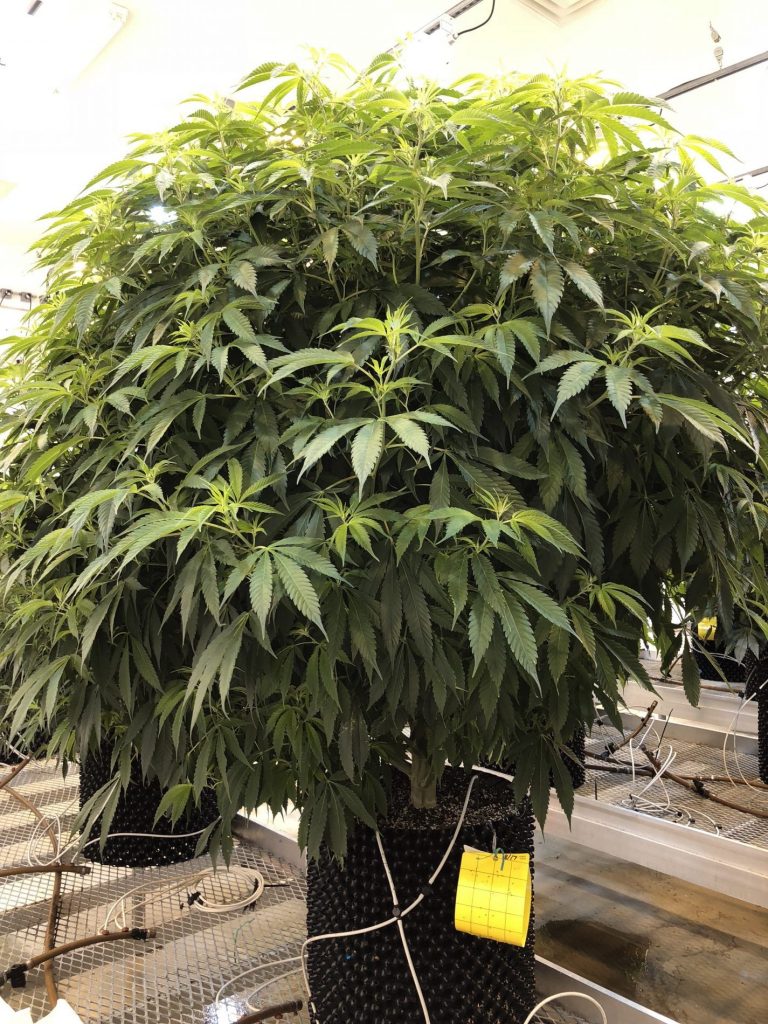 Rice root aphids and phylloxerans both produce tiny (< 2mm) asexual individuals that vary in color from translucent to red to dark olive green. One easily observed diﬀerence is that all stages of rice root aphids have cornicles, which are absent in phylloxerans. Cornicles are two prominent, needle-like projections found on the upper back-end of aphids, which excrete defensive chemicals, including an alarm pheromone that warns other aphids of predators. Cornicles are one of aphids’ most distinguishing features.

Honey dew production by aphids is a behavior that distinguishes them from phylloxerans, which don’t produce it. Honey dew is a sugary waste liquid, secreted from the aphid’s anus. It appears as a sheen on the surfaces of leaves, and often has a black fungus called sooty mold growing on it. Ants love to eat honey dew, so they ‘farm’ aphids by transporting them from plant to plant, and by defending aphids from predators.

Growers sometimes mistake root aphid infestations for more common fungus gnats (Bradysia spp). Unlike the Aphidomorpha, which only produce adult-like nymphs, fungus gnats have a larval stage. The larva is a translucent worm with a black head capsule, and is found in the growing medium. Adult fungus gnats look like small mosquitos. Fungus gnats’ wings are approximately the length of their own bodies, whereas aphidomorphs have wings nearly twice their own body length. Fungus gnats also have more slender, elongated bodies, longer legs, and have only two wings instead of four like most insects.

Aphidomorphs feed on plant liquids using syringe-like mouthparts, thus weakening plants. They release chemicals into feeding wounds which inhibit healing, thereby aiding continued feeding. Feeding wounds are susceptible to secondary infections such as root rots and vascular wilts, which compound the damage. Look for inexplicably weakened plants in your garden, and examine their roots for pests.

Symptoms may include stunting, yellowing from nutrient deficiencies, and wilting.

The feeding activity of these insects also transmits plant viruses from plant to plant. In some cases, virus infection is the worst consequence of an infestation. Plant viruses cause symptoms such as stunting, mosaic yellowing patterns on leaves, and deformation.

Use yellow sticky cards to monitor for aphidomorphs, and examine the cards frequently and carefully for prompt, proper identification of trapped insects. Hang sticky cards above plants and at pot level. You can easily make custom stakes or supports for sticky cards by bending heavy gauge wire. Sticky cards can provide an early warning for fungus gnat infestations; however, if winged aphids or phylloxerans make their way to your sticky cards, a large population is already established.

Frequently examining root zones for aphidomorphs is therefore crucial for early detection, which could greatly increase your chances of successfully controlling a problem. An illuminated magnification loupe is helpful for examining roots.

Keep an eye out for ants, since they may transport various species of aphids into your garden. If you find ants, eliminate them using sealants and baited traps.

The most likely way for aphidomorphs to invade gardens is by growers bringing in infested plants. The best policy is to start all of your new strains from seeds. If you have to start from clones, try to buy unrooted clones, and dip them in a neem solution, before rooting them in a quarantined area. Only introduce clones to the main garden(s) once you’re confident they’re pest free.

In Australia, vineyard machinery is given mandatory heat treatments to prevent transporting phylloxera from one vineyard to the next. 113℉ (45℃) for 75 minutes or 104℉ (40℃) for 120 minutes of dry heat in a controlled atmosphere room is suﬃcient for 100% phylloxera mortality. Avoid borrowing equipment for plowing or cultivating your cannabis garden, or consider heat treatment. One way of achieving heat treatment could be via solarization: enclose the equipment in a sheet of clear plastic and leave it outside on a hot sunny day. Monitor the internal temperature to determine eﬀectiveness.

Hot water treatments are frequently used in Hawaii for disinfesting exported plant products. Dr. Arnold Hara at the University of Hawaii at Manoa found that a 120℉ (49℃) hot water dip, for 5.5 minutes, was able to achieve 100% mortality of taro root aphid. Experimentation is needed to determine hot water protocols for disinfesting cannabis. A balance must be struck between water temperature and duration, to achieve pest mortality without damaging plants.

Other measures to prevent aphidomorphs from entering your garden include air showers and foot baths at entryways, keeping pets out of the garden, proper filtration for incoming air, and never entering the garden after outdoor activity.

Treating root aphid and phylloxera infestations is challenging. If these pests infest flowering plants, you may be able to hold them back until harvest, by rotating treatments of Beauveria bassiana, Metarhizium anisopilae, Lecanicillium lecanii, and Chromobacterium subtsugae beneficial microbes, and additions of predatory nematodes, rove beetles, and H. miles predatory mites. Where allowed, azadirachtin- based drenches of the root zone may also be eﬀective, albeit incompatible with the aforementioned treatments.

When infestations occur in mother plant rooms, your best bet for total eradication is to take cuttings, dip the unrooted cuttings in an azadirachtin drench, and root them in a quarantined area. Next, dispose of the mother plants and sanitize the room(s), and then start over with the newly rooted clones.