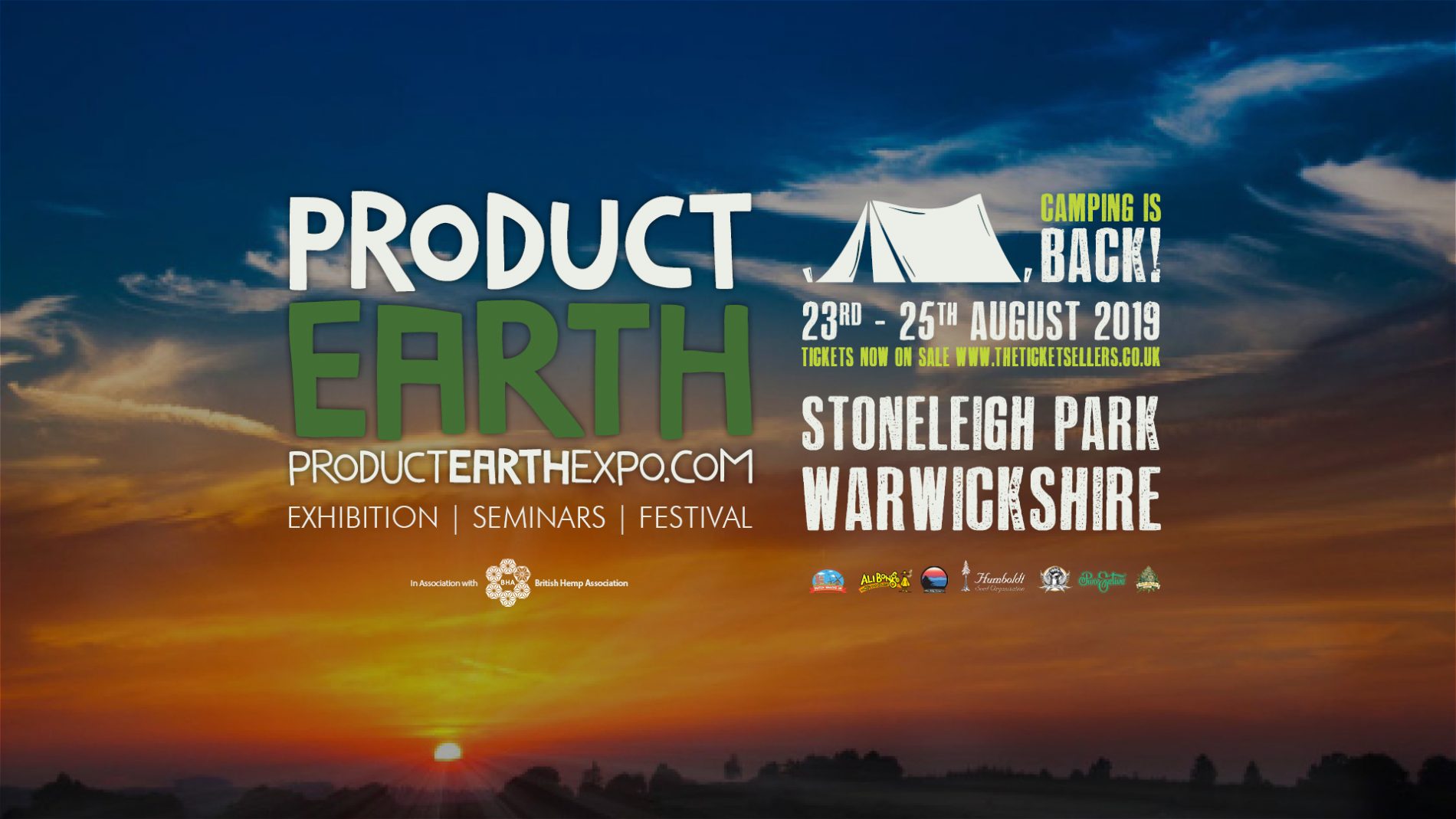 Having been involved in the wider UK market for almost 20 years, and in that time working on various projects, James Watson started getting involved in the cannabis industry circa 2001 when he launched a company called ‘easyleaf’ which designed and manufactured a bespoke range of aerospace, food safety standard graded, smoking requisites. Since then they have represented Miguel y Miguel Costas (Smoking Papers), Royal Queen Seeds, Dinafem and Humboldt Seed Organization to name a few via their Sales and Marketing agency, The Green Cloud. All this experience paved the way to the current day as it culminated in organizing the Home Grown Expo (Hydroponics Expo) and then, subsequently, Product Earth Expo.

One of the original founding partners, Richard Dennison, is no longer involved with the business, however his friendship, guidance and support helped lay the foundation for what we see today and the former business partners remain good friends. Working together and utilizing their extensive and expansive networks they founded Home Grown Expo in 2014 followed in 2015 by the founding of Product Earth Expo after their 2nd Hydroponics event. As Richard retired abroad, James then approached Gavin Sathanathian in 2017, having met him at a networking event. It soon became clear Gavin was a sector entrepreneur and with his help they could considerably widen the expertise within the business. Now they are combining their levels of experience to ensure that the expo goes from strength to strength.

Product Earth Expo was founded in 2015 and the first 2 years were hosted at Peterborough Arena. The events were really successful as they managed to increase footfall from just over 2,000 people in 2015 to 5,000+ people in 2016. The event in 2017, although they saw a slight downturn in visitors (which was mainly due to camping not being on offer), was still a success as they managed to transfer the event from the countryside to an urban setting. It had challenges, but it’s always been a welcome challenge for them to try and figure out how to make everything work.

2017 also proved to be a challenge as they were unable to get the contract renewed at Peterborough Arena (reports indicate this came down to the local council putting pressure on the venue as they didn’t appreciate what the event’s focus was). Following this disappointment, they found that a number of alternative venues weren’t able to host the Expo due to conflicting dates, issues with other events and, obviously, possible concerns due to the nature of the business. It didn’t deter them though as they managed to find The Rainbow Venues in Birmingham City Centre and they were fantastic hosts! Ever positive, the team behind the expo are dedicated to pushing forward and have high hopes for the future including, of course, this year’s event at the National Agricultural & Exhibition Centre in Warwickshire.

This year’s event is due to take place over the Bank Holiday weekend from August 25th-27th and the team are excited at the prospect of delivering more of everything that people have come to expect. Seminars, exhibitions, stalls and live music performances will provide an amazing atmosphere as visitors explore the site and find out more about every aspect of the Hemp, CBD and Cannabis industry. Q&A panels, workshops and live demonstrations will be on offer covering a wealth of information including everything from wellness and medicinal applications through to the construction of Hempcrete along with covering key practical aspects such as production, harvesting, extraction and processing and even certification and testing.

When it comes to the ideology which led to the formation of the company it all boils down to one simple mantra: education. This has always been at the heart of the event as the industry is moving so quickly and people are often struggling to cut through the misinformation to find the truth. The general public are being kept in the dark and they need to know how and if Hemp/Cannabis and CBD can benefit their lives, so this expo is the perfect way of spreading the word to the masses. After so many years of being lied to, it’s becoming ever clearer that we can’t hide from the truth anymore and events like this are crucial in helping to fight the good fight.

In terms of public perception, the feedback from the events has been really positive and the wider community have supported the event and really got behind it. This was seen in 2016 when footfall was increased by over 140%. Product Earth Expo provides a really good platform for people to network, do some business and make new friends and rapidly it’s becoming THE Hemp/Cannabis and CBD event to be at in the UK. The public have welcomed it with open arms – if that’s not a sign that they’re doing something right then we don’t know what is! These events are built on reputation and the team hope that people will be happy to spread the word and share their positive experiences with others so that the expo can continue to grow year-on-year.

Looking to the future, Product Earth Expo clearly has masses of potential to expand and could become one of the premier events in Europe for the wider industry to reckon with. The main focus for now is to grow the event to 20,000+ visitors and 300+ Exhibitors by 2021. If this can be achieved, they will have put the UK well and truly on the Hemp/Cannabis and CBD Events map and shown the world that the UK is readying itself for a much greener future.

We at Weed World wish them all the best and we’ll be keeping a close eye on their progress and wish them every success.

If you want to find out more (or you want to book tickets) then head over to www.productearthexpo.com