The ‘Cannabis Industry’ has significantly boomed in the last decade. With several studies being made and many new developments about marijuana being discovered from time to time, people have become more open about the use thereof.

The market for “Aunt Mary”, one of the street names of marijuana, has tremendously grown in the past few years. Many countries have already considered the medical use of the plant legal.As far as the recreational use of such is concerned, only a handful of countries allow it.

In the United States, more than 30 states have allowed the medical utilization of cannabis. On the other hand, recreational use is legal in only 11 eleven states including California, Alaska, Washington, Vermont, Oregon, and Illinois among others.

Regarding the success of marijuana in curing certain health conditions, there’s no decisive study that supports it. A study that proves its healing property is yet to be made. Nevertheless, many countries already use it for various medical purposes.

While the effectiveness of marijuana as a whole for treatment has not been established, there is, however, a piece of this that has already been widely used to address several medical conditions. Cannabidiol or more popularly called CBD is one of the major components of marijuana. It reportedly has successfully helped in treating stress, anxiety, insomnia, inflammation, seizures, and many other human illnesses. Although CBD is one of marijuana’s major components, it does not render psychoactive effects to its users.

Visit this page to learn more about CBD.

In the United States, cannabis is supposedly illegal under Federal Law through the Controlled Substance Act of 1970. Under the said Act, it is a substance classified as Schedule I. It means that it has no determined medical purpose and has a high possibility for abuse.

Different states, however, have imposed their own various sets of rules regarding its trade, production, cultivation, possession, and use that is contrary to what is stated under federal law. The varying policies of different states relative to what is mandated by federal law have caused confusion among buyers, sellers, and producers. 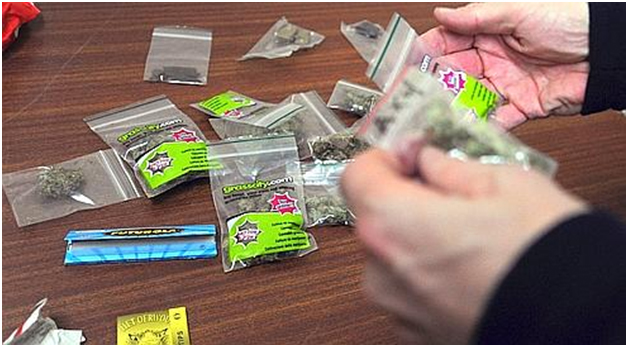 Despite the confusion brought about by the varying policies of states regarding weed commerce, the trade for the plant has continued to accelerate. In fact, weed trade has been extended online. For sellers who don’t want to deal with buyers personally, turning to online selling is a great way to do business. On the buyers’ part, buying online spares them from the hassle of visiting weed dispensaries.

Although buying online seems simple and very convenient, buyers are advised to exercise caution when purchasing on the internet as there may be a lot of bogus sellers online. If you are interested in purchasing weed on the internet, here are some tips on how to buy cannabis online:

It is very important that the source of your weed is an authentic and legit seller. The last thing you would want in purchasing online is being scammed. Avoiding buy and sell pagesis advised as such platforms do not protect its customer should the transaction go south; weed trade that materializes on such platforms are normally illegal. A reliable source will not transact on buy and sell pages.

Reading reviews will give you ideas on what to expect. Comments from other people will help you know about the quality of their products, the service that they provide, and the negative incidents if there are any. From others’ reviews, you will get an idea of whether or not their product is worth purchasing.

Do not provide private information

A reliable source will never coerce its clients to give private information. If the seller asks for your credit card information and a copy of your ID, then you would want to avoid it. Transactions online should not require you to give up a certain level of privacy. A transaction like it is likely a scam.

Know about your local laws

Knowing about the laws that your state has is important to avoid violating any. As mentioned above, the varying policies of every state might get people confused. It is necessary to know about it to avoid the risks of violating a law and getting arrested.

Buying online has a lot of risks to it. It is important to be very careful about doing it. Considering the tips mentioned above might save you from a lot of trouble.

Way Of The Wizard – Billy Caldwell, The boy who changed the law