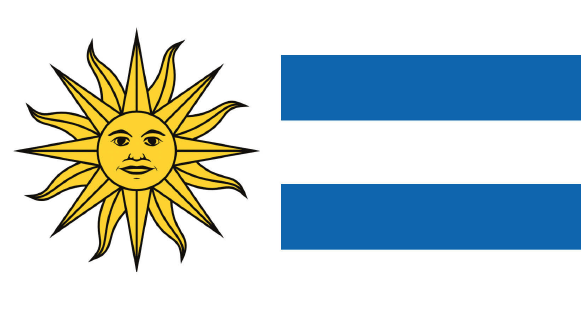 I will quickly summarize that utilizing industrial hemp for construction purposes is the most economical and environmentally sustainable direction that Uruguay can move in.

Industrial hemp has great potential in Uruguay. The land and climate are quite suitable. There are industries around the world looking for a hospitable country like Uruguay to get these industries started. Allowing industrial hemp cultivation will bring in major investments to the agricultural infrastructure of this country. It will provide employment, better housing and become the raw material for a wide assortment of manufacturing industries. By being an early mover, Uruguay assures itself a leading position in this crop of the future.

I want to give you one piece of news that came out in the US recently. The US Justice Department now says that its native tribes, who are internal sovereign nations, now have the right to grow and have transactions of Cannabis within its own borders. This is fantastic news, the biggest relaxation yet. Our native tribes will go huge with this freedom: the state of Nevada and the city of Las Vegas is getting ready for Cannabis freedom. When marijuana hits the Las Vegas strip, every other tourist destination will open up reforms to try to compete, but Uruguay will forever win the award for stepping forward first. Which gets me to my final point:

I want to talk about the effect of what is called “drug tourism.” Uruguay is seeing this already, a flood of new young tourists who are arriving because they have heard of the freedom Uruguay has given its people to cultivate and consume Cannabis in their homes. This is the effect of Uruguay making these reforms in a vacuum. No other country has taken the progressive steps that Pepe and his government have taken. They are experiencing the “side effect” of attracting tourism and foreign entrepreneurs who want to take part in this country’s path to reform.

In Europe and in the USA, repression against Cannabis and its users has been extreme. There is a trend for people living under this control to spend their discretionary funds to go to a place where they can experience freedom. In recent years, certain destinations have done very well catering to these tourists. Amsterdam was the first city to make these reforms as the freedom loving people of The Netherlands never could understand how you could make a plant illegal. Other places, like Vancouver and Jamaica have attracted considerable tourist attention too. You can’t say Amsterdam has done poorly by embracing the Cannabis crowd. Its attraction for educated quality employees has made Amsterdam the No.1 business headquarters location in the world.

Uruguay has put itself on the map of these tourists with its progressive approach toward Cannabis reform. Pepe got this country a billion dollars worth of free publicity. Even though no drugs have been made available yet, the word is out: Responsible pot consumption is legal in Uruguay. My entire peer group, a hundred million proud, responsible cannabis consumers want to visit and experience the sunlight with Uruguayans.

Some countries spend millions of dollars per year for advertising campaigns to attract tourism to spark their economy. Uruguay does not have this budget. Being known as the first country cool enough to drop prohibition is priceless. I urge the hotel owners, the restaurateurs and transportation companies to quickly learn to take advantage of the billion dollars worth of free promotion that tourism has received here. Two years ago, the average American would not have been able to tell you where in the world Uruguay was located. Now, everyone wants to come here. Good work Pepe. This international interest leads to great potential for your country.

But, at this point, the Uruguayan government is still acting from a place of fear. They fear hurting their own people. They fear losing their jobs in embarrassment. They fear hurting the reputation of a great country. My message for Uruguay is that they need not operate from a place of fear. Cannabis is safe: your people will handle this well and the world will appreciate and embrace the reforms that will be known for starting here.

Of course, the politician’s biggest fear is drug-driving. Drunk driving is a real problem that governments have to deal with, but science tells us cannabis does not have the same effect. Lots of money has been spent on dozens of studies trying to find drivers impaired by cannabis but the results are clear: stoned drivers drive safely, they are involved in far fewer accidents. (Their only problem is they tend to miss their highway exits.) The new statistics from Colorado and Washington, our two legalized states, show a dramatic drop in highway fatalities.

The Uruguayan government opened these reforms for its people, not thinking about all the foreigners it will attract. And, right now, it fears this consequence. Let me tell you a few things about these so called“Cannabis tourists”:

1. We are educated, law abiding citizens who come here not to cause trouble but because we do not want to spend our precious travel and relaxation time in a place where we have to break the law.

2. Cannabis tourists spend a lot of money, not just on the best weed available, but on good restaurants, good hotels and everything else a place can offer. We probably won’t like the government-grown schwa weed, but will prefer to spend a lot to purchase weed grown to the highest quality.

3. Cannabis tourists may save for years to be able to afford an adventure to a distant place like Uruguay; we spend our money wisely.

4. Cannabis tourists come where we feel welcomed. We won’t go where travellers are known to get into trouble for minor cannabis crimes.

5. Word of mouth creates the market. We go where friends tell us they had a good time. Even without this advantage, Uruguay is getting a great rap.

6. Some foreigners will come as entrepreneurs. And some tourists will breathe the freedom in Uruguay and decide to stay. With some exceptions, of course, these “Cannabis immigrants” will soon become productive, contributing members of Uruguay’s society.

Uruguay has great potential to restore itself as the tourist destination. Not since the days of the steamship has Uruguay had such great potential to attract tourism. They don’t need snowcapped mountains or wild jungle safaris – they have a beautiful country, miles of beaches and incredible hospitality. Uruguay’s post-revolutionary society provides a degree of freedom not available anywhere else. Their people just want to be free.

Uruguay has everything it needs. There is no place on earth that treats its guests to better hospitality. I thank each and every one of their people for the fantastic welcome I feel every time I go there. It feels wonderful to be greeted with open arms, the hug and kiss that so symbolizes the warm and loving people of Uruguay.

I urge Uruguay to realize its potential. Do not fear stepping forward. Walk into the future world with confidence that you are doing the right thing. Go boldly forward, realizing this plant is not a problem, it has long history of safe, responsible adult use. This plant brings Uruguay great potential to bring wealth, health and happiness to its people.

Finally, Uruguay, I ask you to embrace the tourists who are arriving to experience this freedom with you, with the same warmth and hospitality that you have greeted me to your country. I thank you from the bottom of my heart.

This excerpt from a speech given by Don E Wirtshafter was provided by Mike Bifari and edited by Weed World.