Vermont has officially begun the process of establishing a recreational marijuana sales market. S.54, An Act Relating to the Regulation of Cannabis, outlining the regulatory framework for dispensaries, growers, producers, wholesalers and labs, will pass into law, making Vermont the 11th state to create a legalized system of adult-use cannabis sales.

Gov. Phil Scott did not sign S.54, but he also declined to veto it, thus letting it pass without his signature. The governor cited lack of suitable social equity measures as his primary reason for not supporting the bill, along with law enforcement concerns and drugged driving.

In other good news, Gov. Scott did sign S.234, which issues automatic expungement of low level cannabis possession. The bill decriminalizes possession of up to two ounces of marijuana, as well.

Those familiar with adult-use cannabis retail in other legalized US states will find regulations on par with other systems, though with some minor differences. Read on as we outline some of the highlights from the new legislation.

Most of Vermont’s rules around legalized cannabis will not change, such as the amount of cannabis a person can possess (1 ounce for non-medical patients).

Also similar to other legalized states, consumers must be over 21 in order to purchase or consume marijuana (unless the user is a registered medical patient). Rules for medical cannabis users in the state have not changed. 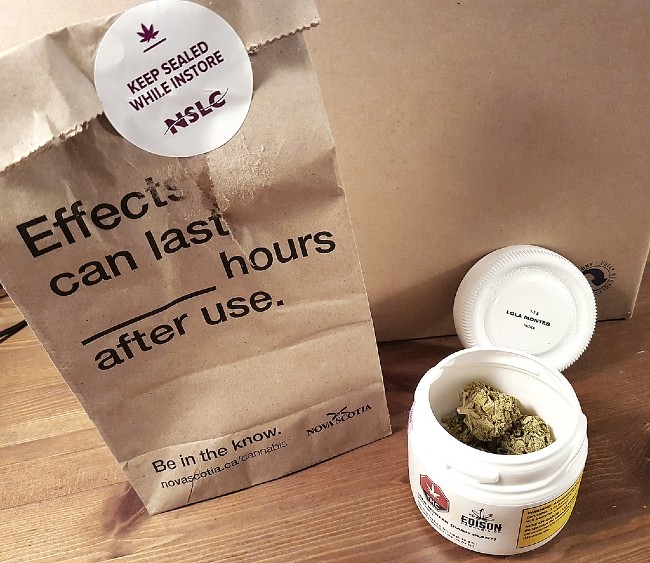 Many safety measures that are already in place in other states, such as child-proof packaging, will also be implemented in Vermont. photo credit

All marijuana products sold recreationally in Vermont must be tested and labeled with a symbol developed to denote cannabis products. Similarly, products must come in child-safety containers. The state will create a cannabis advisory committee to establish further rules and oversee the cannabis industry in Vermont.

Vermont will not allow cannabis products to be made with either nicotine or alcohol.  Additionally, flavored vape cartridges are currently slated to be banned (this is typically understood to mean vapes with fruit or synthetic terpenes added). Otherwise; the state has not placed restrictions on the type of cannabis preparations that can be offered. However, the state has set potency limits slightly different than other states:

Critics of the bill (including Gov. Scott) believe that S.54 does not do enough to address social equity issues, but the bill does have some equity provisions in place.

The provisions prioritize applicants that have environmentally sustainable plans, are owned by minorities or women, establish plans to recruit and promote minorities, women, and those disproportionately impacted by cannabis prohibition, or have plans to pay living wages and offer benefits.

Regulators and businesses must also promote a fair geographic distribution of licenses, and give existing medical dispensaries preference in obtaining rec licenses.

How these guidelines are implemented will have a large impact on their success, so it is difficult to call how effective these measures will be in practice.

Here comes the unpleasant part: Licenses for retail are not expected to be issued until October of 2022. While this is a bummer for Vermonters looking to make a purchase in the near future, the timeline is to be expected, keeping with the standard period of 2 years from the passing of a bill to the opening of storefronts that many states have experienced.

While the wait for sales may still be awhile, this is major progress for Vermont’s cannabis market. photo credit

The bill outlines goals throughout the course of establishing the industry before then, such as issuing cultivation, production and testing licenses to prepare for retail’s debut. Details of that timeline can be found in the bill text.

Previously, low-level possession charges were counted as misdemeanors, and involved a lengthy process to have them appealed and expunged. Decriminalizing possession up to two ounces allows those previous misdemeanors be expunged without that process.

Beyond the two-ounce change, the law decriminalizes possession of up to 10 grams of “hashish” (we assume this covers all concentrates, but the actual wording in the bill is hashish), as well as possession of up to three mature cannabis plants (the state allows adult residents to own only 2).

Now the wait begins to see how well Vermont lawmakers can implement their proposed timeline. It’s not as exciting as the day that sales start, but it is a cause for celebration nonetheless. Vermont is the second state to pass tax and sales approval via legislature, which is a positive signal to other states considering it as a prospect.

And who knows exactly how this will play out? All of the timelines provided are the latest dates these measures must be enacted by, and though it may be optimistic, there’s always the chance that Vermont completes these tasks ahead of schedule. We’ll be following Vermont’s emerging market as it comes online, so check back with PotGuide for the latest updates.

What are you excited about in Vermont’s new adult-use market? Tell us your thoughts in the comments!